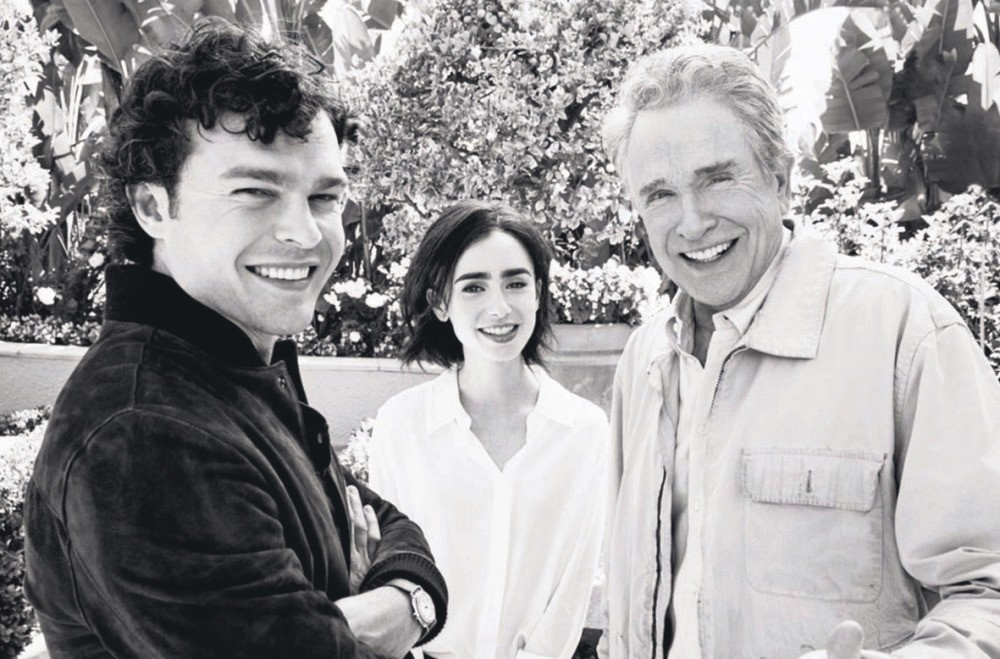 by reuters Nov 25, 2016 12:00 am
After a 15-year absence, Warren Beatty returns to the big screen in "Rules Don't Apply," a personal project about the eccentric billionaire Howard Hughes.

Set in Hollywood in 1958, the movie focuses on the budding romance between Hughes' young driver (Alden Ehrenreich) and a naive young actress (Lily Collins) who is under contract at the mogul's movie studio.

"I've been very lucky because I haven't had to do picture after picture, so I'm not sick of making movies. I've been away from movies for years at a time," said Beatty, 79, who also wrote and directed the film that opened in U.S. theaters on Wednesday.

"I've been very lucky that I've been able to do a lot of other things in this little thing called life. I've had a political life, I've had a life with my kids which has meant more to me than anything," added Beatty, who has four children with actress Annette Bening.

Beatty, the Oscar-winning director of "Reds" and star of 1967's "Bonnie and Clyde," has said the "Rules" movie has been on his mind for years.

His last appearance on screen was "Town and Country" in 2001 and his last outing as a feature film director was the political movie "Bulworth" in 1998.

"He's taken a historical figure and used that figure to kind of speak to personal feelings," Ehrenreich said.

"I think that applies very much to mine and Lily's characters as much as it does to his Hughes character. ... It is in a way, an expression of who he (Beatty) is now and who he was at the beginning of his career," he added.
RELATED TOPICS