Six films to debut in Turkish theaters this week 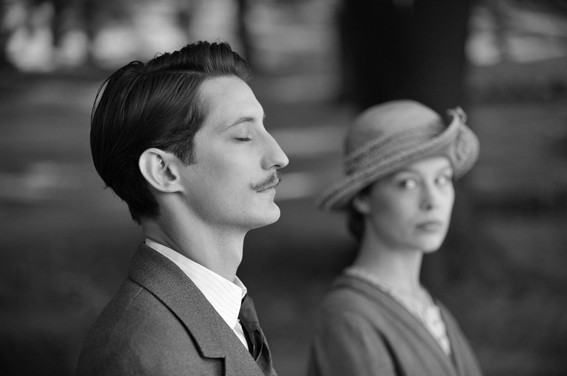 Directed by Handan Öztürk, the Turkish film "Bana Git De" stars Atiye, Tayanç Ayaydın, Seyyal Taner and Birsen Dürülü. It tells the story of a young guitarist Ali (Tayanç Ayaydın) who travels to the East to answer deep questions about his existence.

The Turkish comedy series "Çakallarla Dans" comes to cinemas with its fourth film, starring Şevket Çoruh, İlker Ayrık, Timur Acar and Murat Akkoyunlu. Written by Ali Tanrıverdi and directed by Murat Şeker, the film follows four men who believe that a map they inherited marks a treasure in Edirne.

The feature-film directorial debut of award-winning actor Ewan McGregor, "American Pastoral" is adapted for the screen from Philip Roth's Pulitzer wining namesake novel. Having premiered at the Toronto Film Festival, "American Pastoral" focuses on how a "perfect" American family shatters due to social and political clashes in the 1960s. While the film follows Seymour Levov, who climbs the social ladder, and his family, "American Pastoral" witnesses turning points in American history, from Vietnam to the 1968 incidents and the Watergate scandal. The film features Ewan McGregor, Dakota Fanning, Jennifer Connelly, Rupert Evans and David Strathairn in the lead roles.

Starring Andrew Garfield Teresa Palmer, Sam Worthington, Luke Bracey and Hugo Weaving, "Hacsaw Ridge" is directed by successful actor and director Mel Gibson. The film tells the story of Desmond T. Doss who refused to fight during World War II and managed to save dozens of lives without firing a single bullet.

The House on Pine Street

Jennifer Branagan, who is pregnant, moves back to the town where she and her husband grew up. However, when the furniture begins to move on its own and spiritual beings begin to appear in the house they recently moved into, Jennifer decides to tell her husband about this paranormal activity. However, nobody believes her because these things only happen when she is alone. The emotional burden on Jennifer's shoulders and the pregnancy turn her against her husband, and the relationship of the new parents begins to fall apart. Co-directed by Aaron Keeling and Austin Keeling, this week's horror film stars Emily Goss, Taylor Bottles, Cathy Barnett and Natalie Pellegrini.
RELATED TOPICS