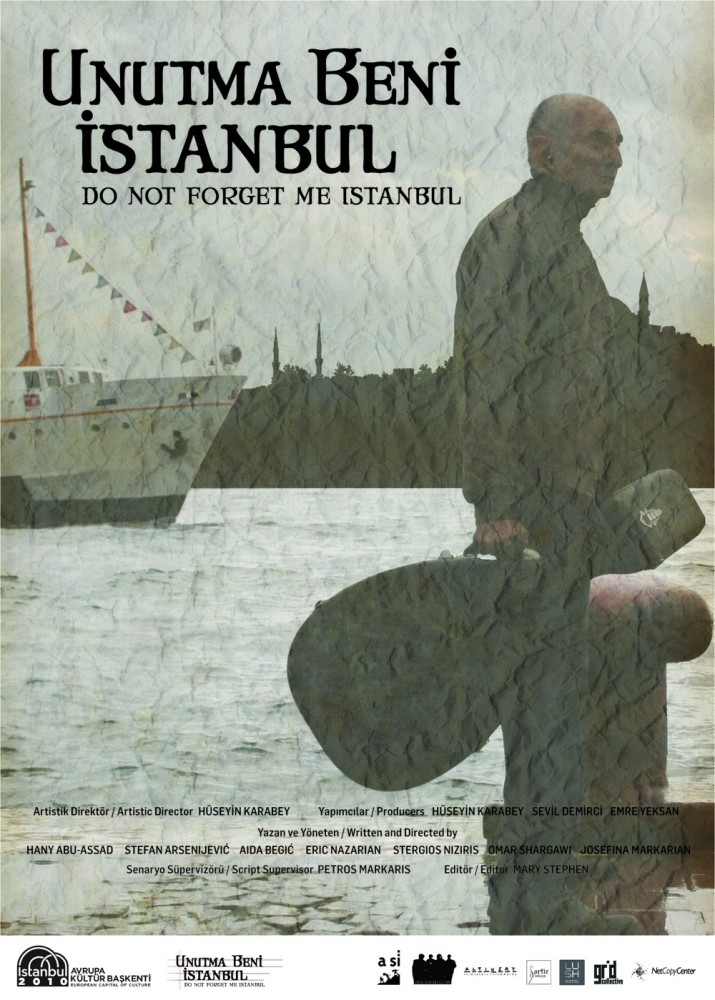 A successful Bosnian filmmaker, Aida Begic, portrays the social transformations, orphaned children, lonely women and similar problems of Bosnian people who underwent post-war trauma, as a Muslim women who personally experienced the siege during the war in 1990s

Bosnian film director and screenwriter Aida Begic uses her talent to turn the silver screen into a voice for the women and orphaned children living through the trauma of war, portraying the beauty of women in her struggle to break stereotypes in cinema as a woman of Muslim faith.

Known for directing films that portray the true stories of survivors of the Bosnian War, Begic herself lived during the siege of Sarajevo. Her films focus on the harrowing stories of women and orphaned children during war, faith, generational shifts, pain, trauma and the importance of hope. As a Muslim-Bosnian film director, Begic is one of the first women to shatter the dominant male voice in film as a Muslim film director wearing the hijab in the Balkans.

Begic has gained worldwide attention for her contributions to the film industry and was a source of inspiration for American actress Angelina Jolie's film, "In the Land of Blood and Honey." At the start of her career, Begic struggled to overcome prejudicial views of women in film, ultimately succeeding by staying true to herself and believing in her abilities as a film director. American actress Natalie Portman spoke of the challenges women face in the film industry during an interview with Vulture last week, saying that cinema is often based on white males while films focusing on women are rare. 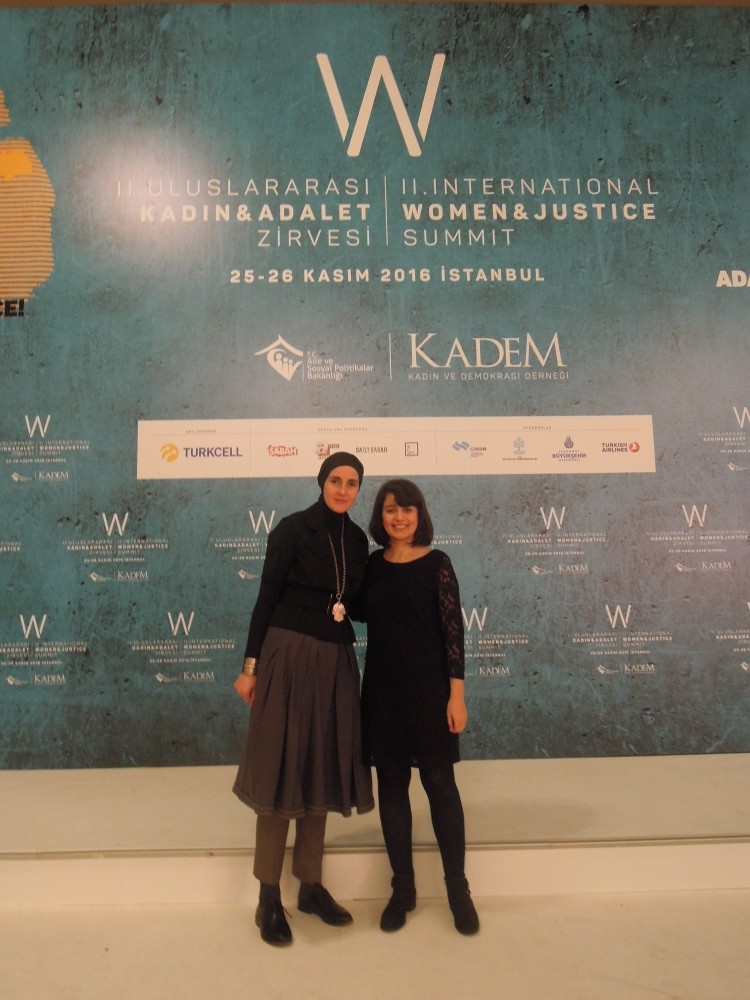 During the KADEM International Women and Justice Summit held from Nov. 25-26 in Istanbul, Begic told Daily Sabah about her life in art and her efforts to represent women in her career, also discussing her future projects.

Saying that she focuses on the beauty of individual women in her films, Begic said that film narratives were typically representative of the male voice prior to the war, adding that this social norm began to change after the war as the film industry went through major changes regarding the subject matter. "You know, the Balkan film industry was centered on macho men before the [Bosnian] war of 1990 and the image of film direction was centered on 'the tough guy with a beard' who was nervous. But after the war, this picture started to change. Some of us began directing films, some women appeared as screenwriters, and some as producers. I realized after the war that there were so many untold stories; the personal accounts of women, who are complex feeling characters, from a [raw] human perspective that we didn't have before. So, in this sense, I was always considering who my heroines would be," she said. Begic said she focuses her films on women who struggle to survive and their beauty: "Women lost their loved ones during the war. So for me, it is the strength of those women who tried to stay human - to not take revenge, to not be murderers, to not kill themselves but to continue to fight for justice for their missing loved ones. For me, that was such a strong topic that I wanted to talk about it. I generally believe that women in my country have a deep spirituality and strength, and I admire women who are trying to show their beauty." She also mentioned that Muslim women who wear the headscarf is a segment of society that largely goes unnoticed in cinema: "Basically, what I deal with are women that are strong, beautiful and most of the time sad, unfortunately. I also talk about veiled women and women wearing headscarves because I think that my position wearing the headscarf is natural to talk about it. That's why I also wanted to and needed to share this position," she said.

Begic went through certain difficulties to become a Muslim woman director wearing a headscarf in her own society; namely, due to stereotypes that persisted in the film industry and deeply instilled prejudices, asserting that "The image of a director in the Balkan film industry, and in many countries in the Eastern world especially, is merely a tough guy with a beard. So, I thought for a moment that I must conform to such stereotypes; even considering not to embark on my career in film. However, I discovered that it's possible to communicate and break the constraints of men that are placed on women," she said. Begic also emphasized that her position was specific because she wore a headscarf. She said that people around her thought that she was trying to spread propaganda and indoctrinate them: "Many things came into question: 'What I was doing in the movie business?' or 'Why didn't I just stay at home?' 'What story did I have to tell?' It was funny when I began to direct my first film. Rumors that "I was propagating religious ideology," or "I was trying to indoctrinate 'them'" were some of the rumors that persisted. People were afraid because they thought that religious people - women in headscarves in particular - were going to attack them or force them to do certain things. Of course, media propaganda altered public perception and reinforced the mindset that Muslim women would potentially oppress and force them to do this or that," she said. She accentuates that anyone who promotes free expression of religious beliefs among women is perceived as something bad, sharing one of her special memories with us: "I remember that once when I had arrived at work for a very small festival in the town of Pristina in Kosovo, there was an international jury. One French woman in particular, a film critic, was completely opposed to the fact that I was given an award, simply because of my headscarf. She said that I was promoting the headscarf around the world. Of course, I was not promoting it; I was merely wearing one," she said." Unfortunately, this part of life is part of the moment we are living in. This world is full of prejudices. We don't make bridges between us; we build walls around us, unfortunately. So I got used to it. So I am not terrified by it. So it is not going to stop me doing this," she continued.

View of society through the lenses of several generations

Begic follows the consequences of war in her filmmaking, featuring women and men of all generations simultaneously to give us a better picture of Bosnian society after the war. As battles raged, she live in the besieged city of Sarajevo, during which she began to study film direction and made two films about the "orphan issue."

She is currently working on a story about the lives of Syrian orphans living in the province of Şanlıurfa in Turkey. The film will be shot there as well as in Adana when filming begins in March 2017. Syrian orphans will star in the film which is based on their personal experiences. To prepare for the movie, she has given "My Dream" acting workshops with Syrian orphans. The movie will be released next year. The Turkish premiere will be in autumn 2017. "I am trying to tell of the tragedy of every war through the pain of children. I think that when we talk about war, we cannot see all the children suffering. I met beautiful children, great actors and great people that I will work with. I hope that will help us change our position and perspective about orphans in general because upon seeing their particular destiny, perhaps we start to think how we can do something to help them personally. The orphan's nationality doesn't matter. Telling their story is in a way telling our story," she said. She thinks that cinema is a beautiful opportunity to discover diversity to build bridges and create dialogue between people.

After directing "In the Land of Blood and Honey" in 2011, Angelina Jolie is said to have taken Aida Begic as an inspiration for her movie. "I think what is really incredible is when you know Angelina Jolie is doing a movie in the Balkans and takes my movie, editor and actors as a reference. It is a really great thing. I didn't make many things. But I think it is more important to make a few things that are relevant than a thousand things that are irrelevant. So in that sense, I mattered. But I think my female position rather than the others was also interesting -- even for Angelina Jolie," Begic said.

I want to make a comedy film

In Begic's movies, you see hope even at times of great trauma. She says that she always sees the good side of situations rather than the disastrous. "I am searching for beauty. Basically, I think people are so beautiful. That is why I make movies to represent beauty and the miracle of life," she said. I am also preparing a project that is based on a Bosnian oral poem. It is called "Hasanaginica" and originated in Ottoman times. The name of the movie is "A Ballad" and will be based on this poem; it will be a very tragic love story. Then I promise I will make a comedy," she said.

Begic says she has many sources of inspiration both in Eastern and Western cultures. In childhood, she played the piano and had the opportunity to see almost all the museums in Europe. She loves the work of Japanese filmmaker Akira Kurosawa, Hollywood director Francis Coppola, Europeans filmmakers, such as Jean Luc Goddard and Roberto Rossellini, and Balkan directors, such as Karpo Godina and Zivojin "Zika" Pavlovic. But she also continues to deepen her knowledge of Ottoman and Islamic culture and arts. "We shouldn't be afraid of any different culture's influence. Islamic art is an all-inclusive art form capable of including every different culture. The Islamic concept of celebrating diversity peaked during the Ottoman times and the hope and beauty of life are what motivates this shift. The awakening of our creative minds also came after the Bosnian war, and I think it is important to celebrate creation. I am not afraid to expose myself to inspiration," she said.
RELATED TOPICS