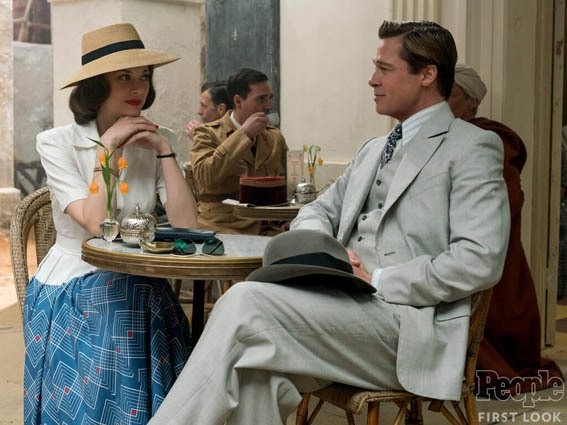 Starring Brad Pitt, Marion Cotillard, Lizzy Caplan, August Diehl and Jared Harris, this American World War II drama is directed by Academy Award winner Robert Zemeckis. Max Vatan who is a counter-intelligence agent marries Marianne Beausejour, a French freedom fighter, after they collaborate in a deadly mission in Casablanca. When Max suspects his wife of being a double agent for the Nazis, he begins to investigate Marianne, changing the course of their marriage.

Kate Beckinsale returns to the screen as Selene in the latest entry in the Underworld series. Starring Theo James, Lara Pulver, Tobias Menzies, Bradley James, James Faulkner and Charles Dance, the film continues the story of Selene who is under attack by Lycans and vampires. "Underworld: Blood Wars" is directed by Anna Foerster.

Written and directed by Kıvanç Sezer, "Babamın Kanatları," starring Menderes Samancılar, Musab Ekici, Tansel Öngel, Kübra Kip, Mustafa Kırantepe and Sarp Aydınoğlu, has been featured in numerous international film festivals and has won many awards. The film sheds light on worker deaths through the story of İbrahim who finds out that he has cancer.

A woman who lives with her children and husband in a shed on the foothills of a mountain finds out that she is suffering from terminal tuberculosis. She tries to find a new wife for her husband so that her children do not to grow up motherless. Starring Hasibe Eren, Selen Domaç, Mehmet Dere, Turgay Karakaya and Emirhan Kartop, the film is directed by Ufuk Bayraktar.