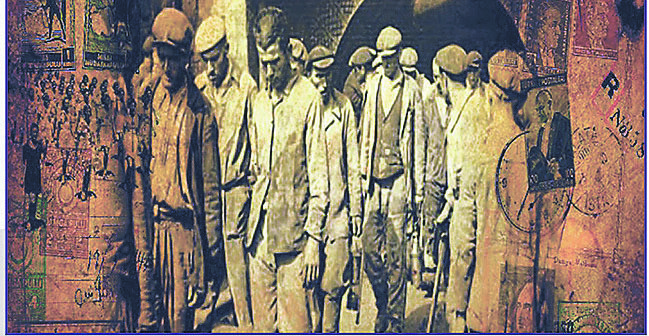 Throughout December, documentary screenings and talks will take place in Kadıköy's Barış Manço Cultural Center, while prominent examples of Hungarian cinema will be screened for cinema lovers at Yeldeğirmeni Sanat. In addition to the screenings, talks with directors will also be held at the Barış Manço Cultural Center. The screenings will take place every Tuesday at 8:00 p.m. local time, accompanied by Ümit Kıvanç, Murat Erün, Hasan Özgen, Erdem Murat Çelikler and photographer Şevket Şahin Tan.

The documentaries that will be screened at the Barış Manço Cultural Center are as follows:

Directed by Ümit Kıvanç, "16 Ton" approaches the history of humanity in an ironic way, touching upon how we build our wrongful present lives and how we evaluated our past when building our lives. The documentary poses the question, is the liberal market and freedom era just a product of public relations? Is 16 Ton, which looks into the miserable conditions of mine workers, just a song?

Directed by Murat Erun, "800-km Hurdles" tells the story of a 13-day journey taken by two physically disabled friends on a motorcycle with a sidecar from Istanbul to Muğla.

While the two friends discover some places that they haven't seen before, they also make us think about how much we, as society, mull over the lives and problems of the disabled.

Anatomy of a Defeat

Directed by Hasan Özgen, "Anatomy of a Defeat" is a documentary that talks about the conflicts in our semantic world between our traditional life style and new life culture created by modernity. It attempts to tell us that what we are trying to change under the name of time, place and human testimony, is actually life culture. While our neighborhoods are dying, is the world offering us civilization?

Held with the cooperation of the Hungary Cultural Center, the event will include movies that can be watched at Yeldeğirmeni Sanat every Monday.

Movies that will be screened as the best examples of Hungarian cinema are as follows:

The Ambassador to Bern

Directed by Attila Szasz, the film depicts the story of two Hungarian migrants who stormed into the Hungarian embassy in Bern two months after the execution of Imre Nagy and his friends. Even though the reason of the attack is not clear at first, after they take the ambassador hostage, local papers report Sándor Nagy and Endre Papp wants to seize documents belonging to Hungarian communist spies in Switzerland. According to some sources, the aim of attack is to hold a protest against retaliations. They prove to be successful as international press talk about it for weeks as it received attention from both diplomacy and media.

As the Cold War continues in 1956, Hungary is under Soviet control, but it is also a super power. The Hungarian water polo team keeps on beating the Soviets. While communist movements affect Hungarian people's lives in a negative way, members of the water polo team become the heroes of the country. With their new found fame they begin to live like rock stars, lavishing in a luxurious life style and relationships with beautiful girls. The film is directed by Krisztina Goda.

This film takes place around a year after the failure of the Hungarian uprising on Dec. 24, 1957. The country's National Security Department is choosing spies it can rely on in the future. Expecting a bright career, Andras Jung (Zsolt Nagy) takes his "exam" on Christmas Eve not knowing that one of his friends has been ordered to watch his every move from a building across from his. Not knowing, Andras has chosen this day to meet his lover Eva (Gabriella Hamori), who he has been keeping secret. Andras is given a secret spy list but when the list suddenly disappears he finds out Éva has hidden her real identity from him. The film is directed by Peter Bergendy.

Three months before the uprising starts in 1956, three Hungarian young men try to hijack the Budapest-Szombathely flight in Hungary, taking a security officer hostage they manage to make the plane land in Ingolstadt. Directed by Peter Fazerkas, the movie is based on this unbelievable but true story.