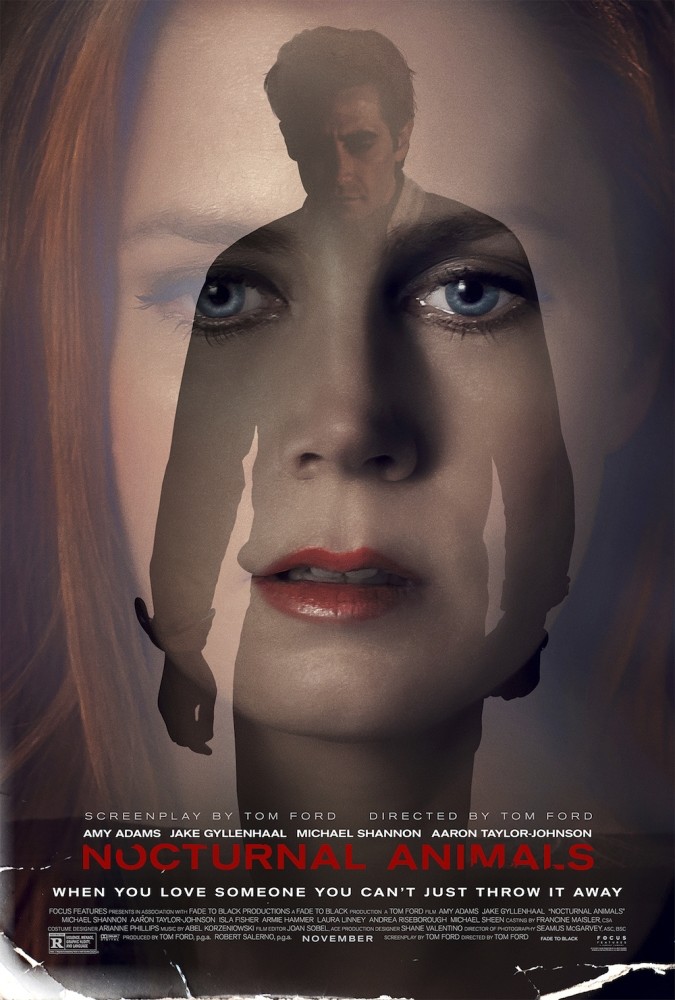 Directed by Tom Ford, this year's highly anticipated film, "Nocturnal Animals," stars Amy Adams, Jake Gyllenhaal, Michael Shannon, Aaron Taylor-Johnson, Isla Fisher, Laura Linney, Armie Hammer and Karl Glusman in the leading roles. The film, which recounts two parallel stories, follows a woman who faces the darkness inside her as she reads a novel written by her ex-husband, and a man whose life turns upside-down during a trip that he takes with his family.

Mal de Pierres (From the Land of the Moon)

Gabrielle is sick of her parents' domination and married Jose, who is a kind and trustworthy man. However, as time passes, Gabrielle begins to feel like she is trapped in her marriage and realizes that she cannot return Jose's love. She decides to follow her dreams and meets Andre who sweeps her off her feet. Starring Academy Award winner Marion Cotillard with Louis Garrel, Alex Brendemühl and Brigitte Roüan, "From the Land of the Moon," which competed for Palme d'Or at the Cannes Film Festival, is directed by Nicola Garcia.

When a CEO tries to close her brother's branch in their company, the brother and his Chief Technical Officer rally their co-workers and host an epic office Christmas party in an effort to impress a potential client and close a sale that will save their jobs. Starring Jennifer Aniston, Jason Bateman, Jamie Chung, Olivia Munn, Kate McKinnon and T.J Miller, the film is co-directed by Will Speck and Josh Gordon.

The U.S.-produced film "Sing," an animated musical-comedy, tells the story of a koala named Buster Moon, who has one final chance to restore his theater to its former glory by producing the world's greatest singing competition. Dubbed by Scarlett Johansson, Reese Witherspoon, Matthew McConaughey, John C. Reilly and Seth MacFarlane, the film is directed by Garth Jennings.