Fiction rules over documentary, overshadowing the sufferings of millions of Syrians 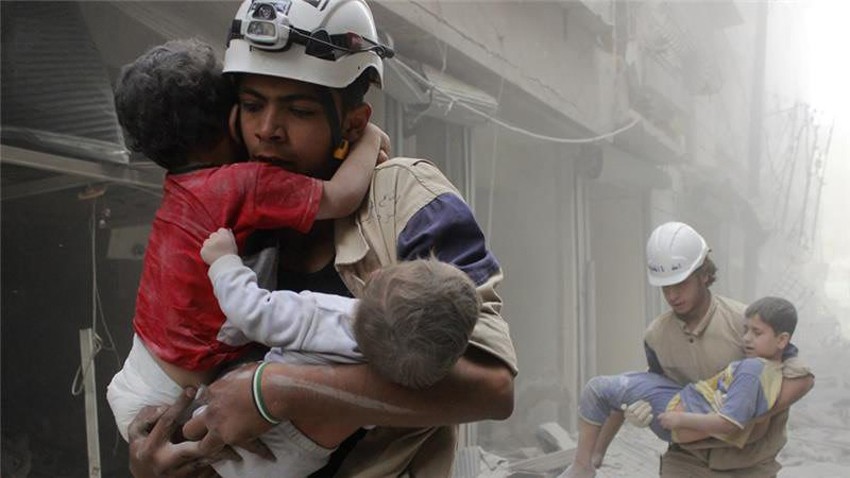 Two Syrian Civil Defense volunteers are saving three children after a bombing attack in Aleppo. The shelling in Aleppo has been hitting thousands of civilians since the beginning of the Civil War in Syria.
by Miraç Tapan Dec 26, 2016 12:00 am

When news broke last week that George Clooney was making a movie on the 'White Helmets,' it was received with much emotion, even though there already is a documentary telling their stories. Does this mean movie buffs are now more comfortable with fiction than reality?

Last week, news broke that Hollywood veteran George Clooney was planning to make a feature film about the White Helmets (aka the Syrian Civil Defense), a group of civilians who volunteer to be first responders to any attacks in war-torn Syria.

Clooney said he wanted to help the Syrian people without getting involved in politics and took his inspiration from Orlando von Einsiedel's acclaimed short documentary "The White Helmets," which debuted on Netflix in September.

Although, Einsiedel's documentary was critically acclaimed and made the Oscar short list, unfortunately, it did not get much public attention unlike the report on Clooney's search for a scriptwriter for his next movie.

The media attention drawn to plans for a movie by a Hollywood star is a very curious case given that there is already a very good documentary that features real footages of the siege of Aleppo as well as interviews with White Helmet volunteers. Maybe, people are more comfortable watching fiction rather than the real suffering and human tragedy in Syria. 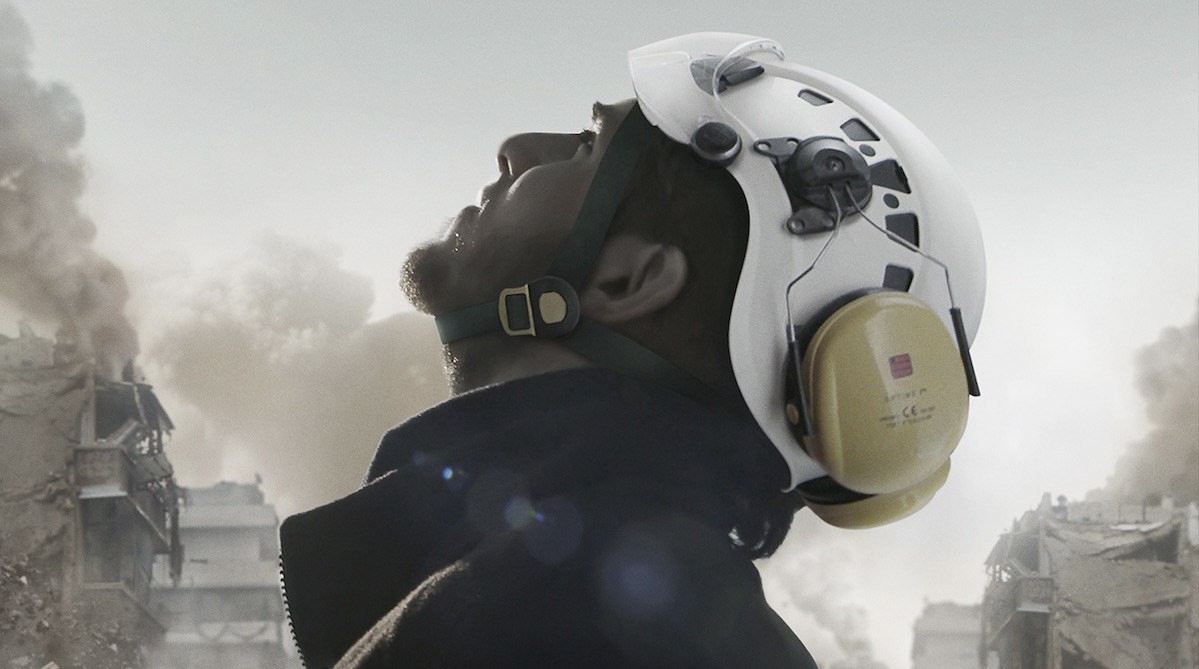 Right from the start, Einsiedel's "The White Helmets" portrays the real situation in Syria for its audience. The opening scene shows a group of people covered in dust running to a recently bombed building to save lives. As bombs continue to fall from the sky, the White Helmets try to dig people out from a collapsed building, praying to God to give them the strength and ability to save more lives.

The White Helmets are no more than a group of ordinary people. They are tailors, blacksmiths and builders who put their own lives aside to save innocent people affected by the shelling of the Assad regime. Formed in 2013, the White Helmets is an organization of 2,900 civilians working in 120 different centers across much of the country.

The documentary focuses on the group operating in Aleppo where the most civilian casualties have been reported since the beginning of the civil war. As the director interviews the volunteers, one can sense that people, even the White Helmets, are hopeless about the future. They believe there is no solution for peace on the horizon.

However, these people from different cities around Syria left their loved ones behind in targeted areas to help others. The film crew follows the tireless efforts of this band of volunteers across Aleppo. For these people, it is easier to relate to the miseries of the people of Aleppo as they are part of the same community. While some were away from their homes for first response training in Turkey, they communicated with their colleagues and people living in Aleppo for immediate updates.

What makes "The White Helmets" documentary more striking is the real footage, showing the real situation of the civilians there. If you put the White Helmets heroic deeds aside, the film shows how innocent people were trapped under tons of concrete after regime bombings.

To be able to demonstrate the suffering of the Syrian people, the director does not hold back on showing footage of volunteers digging dead bodies out as much as saving people. In a way, the director interprets the motto of the White Helmets, "To save a life is to save all humanity" and feels responsible to show the reality as accurately as possible.

Sadly, however, it seems that Clooney's soon-to-be-filmed work of fiction has received more attention than the documentary that lays bare the sufferings of the Syrian people.

Most of the time, human nature tends to empathize with the suffering of others. Yet, with the number of mass murders and killings shown on TV and on the Internet on the rise, people have either gotten used to the images or just try to avoid reality in a an attempt to escape a guilty conscious. And only in that sense, would people prefer watching fiction about a real situation that is going on somewhere in the world right now rather than real footage showing the real sufferings of fellow human beings.

Visual media and movies are one of the best ways to convey a message to the masses. Let's hope that Clooney's fiction can attract the world's attention to the actual humanitarian crisis and mobilize people to help Syria and its people.

In the documentary, one volunteer says: "Everyone knows the truth about Syria, but no one's been able to stop the killing and fighting or to stop the bloodshed and the massacres that are being committed." Maybe, only a fiction film is capable of touching the hearts of modern man to create public opinion against the killings of civilians in Syria.
RELATED TOPICS