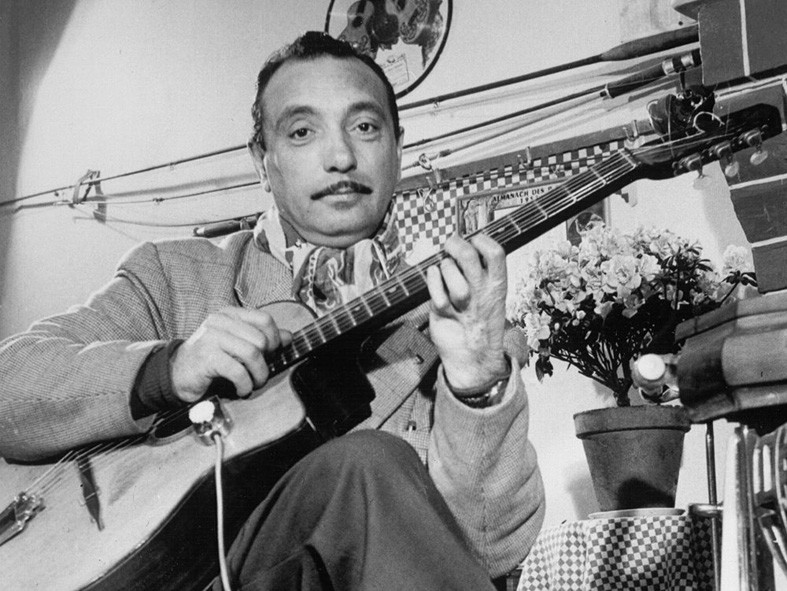 by French Press Agency - AFP
Jan 06, 2017 12:00 am
The Berlin film festival will open next month with the premiere of a biopic about Gypsy-jazz great Django Reinhardt that focuses on his family's persecution by the Nazis, organizers said Wednesday.

The French production, "Django," marks the directorial debut of Etienne Comar, a screenwriter and producer behind hits such as "Of Gods and Men" and "My King" and co-producer of the award winning film about radical Islam "Timbuktu."

"Django" will compete for the Golden Bear top prize at the Berlinale, the first major European film festival of the year, running from Feb. 9-19.

Reinhardt, a virtuoso guitarist and composer who shot to global renown with his delicate melodies, belonged to the Sinti minority and was forced to flee German-occupied Paris in 1943.

"Django Reinhardt was one of the most brilliant pioneers of European jazz and the father of Gypsy Swing. 'Django' grippingly portrays one chapter in the musician's eventful life and is a poignant tale of survival," festival director Dieter Kosslick said in a statement.

"Constant danger, flight and the atrocities committed against his family could not make him stop playing."

The film stars Reda Kateb, who appeared with Viggo Mortensen in the Algeria-set war drama "Far From Men."

The Berlinale is still putting the final touches on its line-up, but last month announced the first entries for its main showcase.

"The Dinner" by Oren Moverman stars Richard Gere, Laura Linney and Steve Coogan in a thriller based on a Dutch novel by Herman Koch.

Cult Finnish director Aki Kaurismaki will present his latest feature, "The Other Side of Hope."

And director Andres Veiel will premiere a documentary about the 20th century German sculptor and performance artist Joseph Beuys.