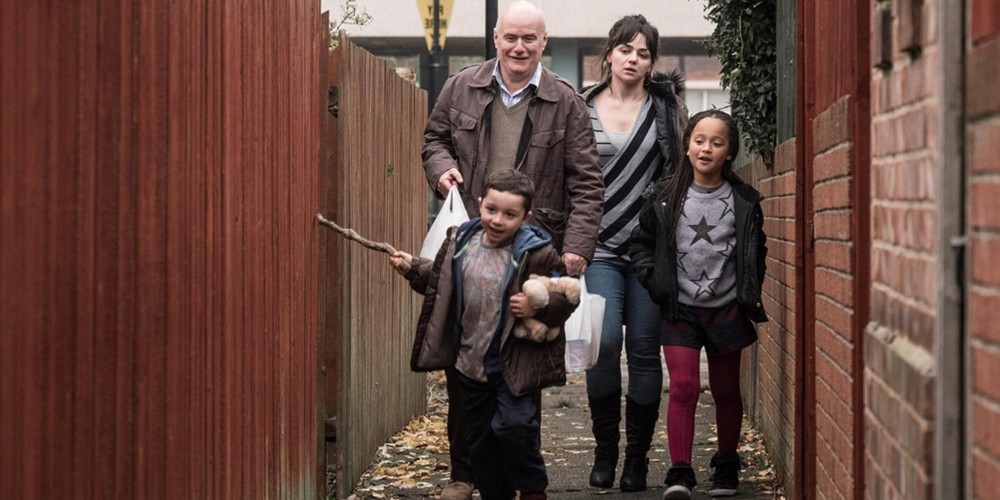 British leftist film veteran Ken Loach tackles the issue of austerity in his latest film ‘I, Daniel Blake,' which won the Palme d'Or at the 2016 Cannes Film Festival and has been much talked about by the British political classes. Labour leader Jeremy Corbyn even advised Prime Minister Theresa May to watch the film

I have been visiting the U.K. since 1997, the year Tony Blair came to power. I got to know the country at a time when Labor governments were the natural state of things. More often than not, my travels would take me to Oxford. I cannot tell now when exactly I noticed the change, but one of the houses my airport bus would pass on the way to Oxford, in one of those satellite towns that seem to be there to service the bigger city, turned, in the last five-to-six years, into a food bank. It is the only one I have seen in the affluent south where my travels are often limited to, and I had often wondered what these signs of austerity looked like inside, in a country that used to pride itself on its social security system. Ken Loachhas, as he has several times before, indulged my curiosity of how the British system works, and set one of the most important scenes of his latest film "I, Daniel Blake," in one of these food banks. The audience gets to know how they function and how exhausted and exasperated some of the people who benefit from these services are.

The film follows the fortunes of carpenter Daniel Blake, who has just had a stroke and is trying to get sickness benefit - his doctor has warned him that he has not yet fully recovered. With him, we enter the labyrinthine workings of the social benefit system, with its strange naming system, designations, rules and forms. In the "health assessment" carried out by an employee of the benefits services who is not medically trained, Blake is deemed fit enough to work. He is to apply not for sickness benefit but for a "Jobseekers Allowance," one of the best euphemisms the British system has found for the money given to people who are unemployed. Blake's visits to the job center, the way he is handled by security and the way he is tossed from one section to another would be familiar to Turkish audiences, summed up in Aziz Nesin's play's title on state bureaucracy, "Yaşar Neither Lives nor Dies." The state hospital says Blake cannot work; the job center says he must and Blake's life, indeed, as we see toward the end of the film, hangs by a thread between these two institutions. 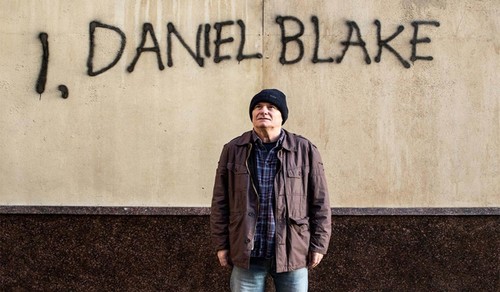 The charm of Blake's character is that he is a man secure in the knowledge of his abilities, and the audience warm to him as one always does to people who work with their hands. He refuses to lose his humor when treated badly by the job center staff and equally, when Katie, a young mother with two children is told to leave the center because they have missed their appointment, he refuses to accept it as "this is how the machine works" and asks the staff to be more lenient. As a result they are both kicked out of the center.

Loach then tells the story of how Blake starts to act as a grandfather to the children of the young woman, who shares part of her story with him. We often see her on the phone to her mother who lives in London. The benefit system that provides Katie with a home has been able to do so only in Newcastle, a situation that has then severed her ties with her support system back in London. We see her trying to make the best of the flat she's been given, scrubbing it so hard that the tiles literally come off. Loach is determined to show the resilience and pride of both Katie and Blake. They are characters who do not want charity, but solid chances to improve their lives.

We walk the streets of Newcastle with Blake as he looks for a job, which he knows he cannot take up even if he found it because of his health situation. He is told to attend CV writing classes and yet still produces a handwritten one that he leaves at construction sites. It seems like a miracle when employers are actually interested in employing an older man. This is clearly a comment by Loach on how useful skills like carpentry have been on the decline and how employers will always be interested in job seekers who can actually do tangible work, rather than those with CVs boasting bogus sounding training and skills that young people are encouraged to attain.

We see Katie going without meals to provide food on the table both for her children and Blake, whom she wants to thank for helping out with the repairs in her house. And indeed it isa scene with Katie that provides the crescendo of helplessness in the film, the scene which no doubt won her the British Independent Film Award for "Most Promising Newcomer." After waiting in a very long line to get to the food bank, Katie is guided by an elderly woman through the stacks of food and cleaning material. She picks a few things and as the lady is leading her to another aisle, Katie, seeing food which she has been going without for some time, breaks down and finally, uncontrollably, opens a can of baked beans and starts stuffing it in her mouth.

The bleak scenes at the job center are lightened up when one member of the staff helps Blake, despite her superior's warning, to fill out a form. Loach always includes these acts of kindness in his films to remind us of the human essence that can get us out of the dark situations that states and institutions - which naturally are themselves run by humans - have created. At the library as well, Loach does not go for the "heartless, indifferent young people" approach, but shows young men and women helping Blake trying to work out an online form which, for anyone who has had to fill one, is one of the most frustrating experiences one can have.

This natural human inclination to help is what Loach seems to base his faith on, and that is why I was reminded of this ethos when I watched French farmer Cedric Herrou, who faced trial for giving food to refugees, say: "Farming is what I do, my job is feeding people." The pride in what one does and how pride in what one does naturally leads to helping others, is a theme that runs through "I, Daniel Blake." Herrou also explained his action by simply saying "I'm a Frenchman," redefining in one statement what it should mean to be French, European or English. "I, Daniel Blake" too, in a way, tries to recuperate the much touted "British Values," and suggests they can be built on a sense of community, trusting the best in people and above all, hospitality.

During the scene at the food bank and the closing scenes, the intensity of the message almost makes you wonder why you paid money to go into a dark room where you will allow Loach to play with your emotions. I saw the film at a film festival in Istanbul and there was not a single dry eye left in the room as the credits rolled to the chorus of people sniffing. Still, as with all tales of misery and the state mismanagement of human lives, there was a cathartic element, the feeling that someone is watching, someone is seeing what is happening even if it is not those who are in a position to change the system.
Last Update: Jan 12, 2017 1:08 am