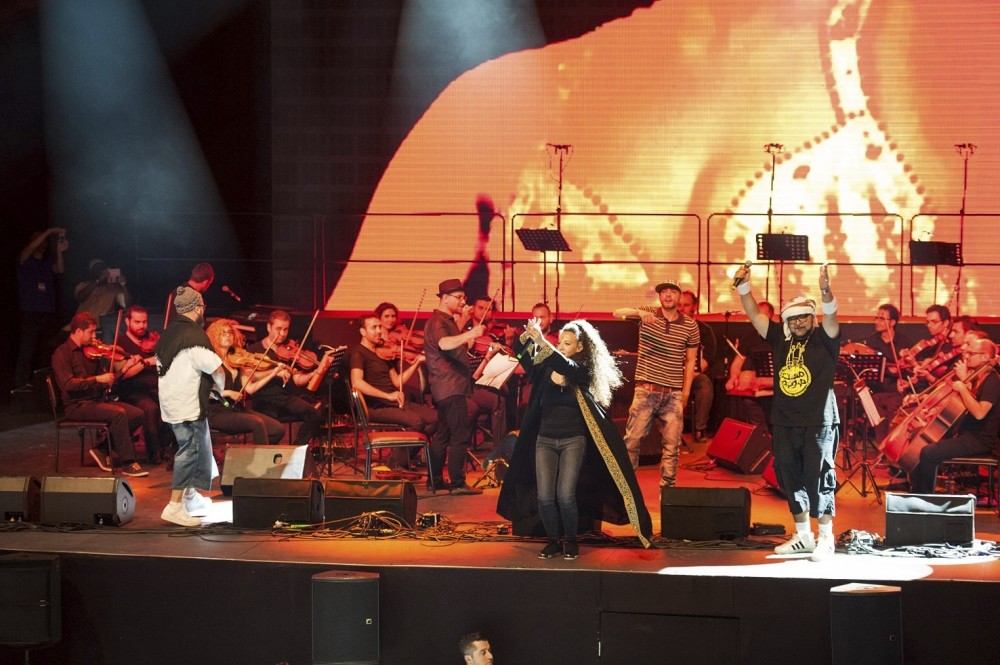 by Jan 13, 2017 12:00 am
The live album of the Orchestra of Syrian Musicians, which is composed by the Syrian musicians who fled the war-torn country and British musician Damon Albarn, has been released today in Turkey.

The orchestra and Albarn gave an incredible performance on the opening concert of the 23rd Istanbul Jazz Festival which took place in July under the sponsorship of the Istanbul Foundation for Culture and Arts (İKSV) and Garanti Bank. During the concert, Albarn and the Orchestra of Syrian Musicians were accompanied on the stage by many artists including Rachid Taha, Julia Holter, Bassekou Kouyate and Turkish rapper Ceza.

As part of this special project carried out by 14-18 NOW, Holland Festival and Africa Express, the Orchestra of Syrian Musicians and Albarn performed at five different European cities last summer and brought different cultures, sounds and music together. The album "Africa Express Presents... The Orchestra of Syrian Musicians & Guests," which is released from the record company Transgressive Records with the contributions of Google Play Music, features recordings from their concerts at Istanbul Jazz Festival, Holland Festival, Southbank Center, Glastonbury and Roskilde festivals.

The album contains Albarn's band Blur's favorite songs "Out of Time" and Albarn's other musical project Gorillaz's "White Flag," which were recorded during their Istanbul concert. Apart from these two songs, the track "Feel You," which is a duet by Julia Holter and the Orchestra of Syrian Musicians, is another highlight of the live album.