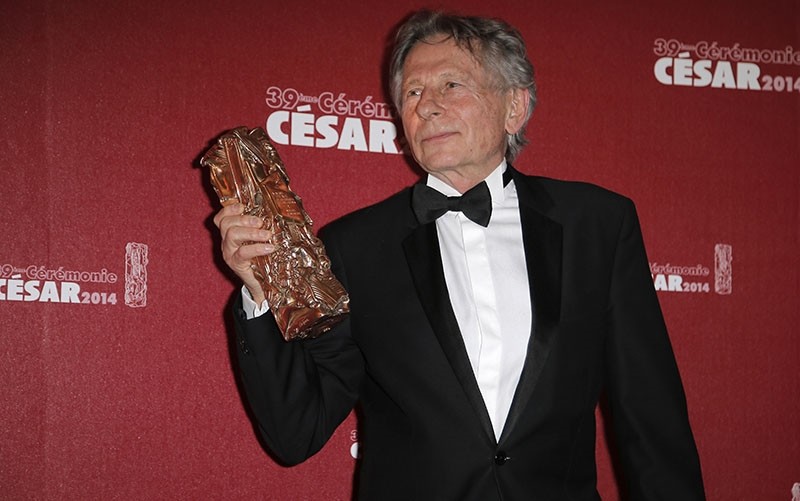 Filmmaker Roman Polanski has abandoned plans to preside over the French equivalent of the Oscars, after protests from France's women's rights minister and feminist groups prompted by decades-old U.S. sex charges against him.

It's a surprising setback for the 83-year-old director, a Holocaust survivor who is widely respected in France and whose film career has continued to flourish since he settled in Paris after fleeing the U.S. in the late 1970s.

The arts academy holding France's Feb. 24 Cesars Awards is discussing alternative options after Polanski's decision to withdraw, an academy official said Tuesday. The official, who spoke on condition of anonymity as they weren't authorized to be publicly named, wouldn't comment on the reason for Polanski's decision.

Academy president Alain Terzian, in inviting Polanski to lead this year's Cesars, hailed him as an "insatiable esthete reinventing his art and works over the years."

Women's minister Laurence Rossignol called the move "shocking." Activist groups called for protests outside the ceremony, with an online campaign accusing Polanski of being a "criminal who drugged and raped a 13-year-old child and escaped justice."

A petition calling for the 83-year-old to be removed garnered nearly 62,000 signatures.

Polanski's lawyer Temime said the decision to pull out had been made "in order not to disturb the Cesars ceremonies, which should focus on the cinema and not on the appointment of the (event's) president."

His victim Samantha Geimer has previously appealed for the US case to be dropped, saying she wanted to move on.

Temime added that Polanski himself had attended many festivals and ceremonies in the course of his life and had received top awards without criticism of his attendance.

While the choice of the Franco-Polish film-maker caused outrage for some, the director won backing from many French industry insiders.

"I spoke to him yesterday by phone and I think we shouldn't have added problems to the problems. He's deeply hurt," said the director of the Cannes film festival, Thierry Fremaux, on Tuesday.

"It's a case you need to know well in order to speak about it. I know it well but I'm not going to add my own comments," he told RTL radio.

His third wife, French actress Emmanuelle Seigner, posted a picture of a forest on Instagram on Tuesday where she said she had woken up "far from human nastiness and stupidity ... and lies".

Polanski, who was 43 at the time of the rape, was accused of drugging Geimer before having sex with her.

He pleaded guilty to unlawful sex with a minor, or statutory rape, as part of a plea bargain under which he served 42 days in detention while undergoing psychiatric evaluation.

But in 1978, convinced that a judge was going to scrap the deal and hand him a hefty prison sentence, Polanski fled to France.

He is still wanted by American judicial authorities, and is subject to an Interpol notice in 188 countries.

Polanski has won eight Cesars over his career, and won the 2003 best director Oscar for "The Pianist." However, he couldn't travel to Los Angeles to pick up that award.

He travels only to three countries to avoid extradition: France and Switzerland, where he has homes, and Poland, where he was born and survived World War II. Poland's justice minister recently revived efforts to arrest him but the Polish Supreme Court ruled against extradition.