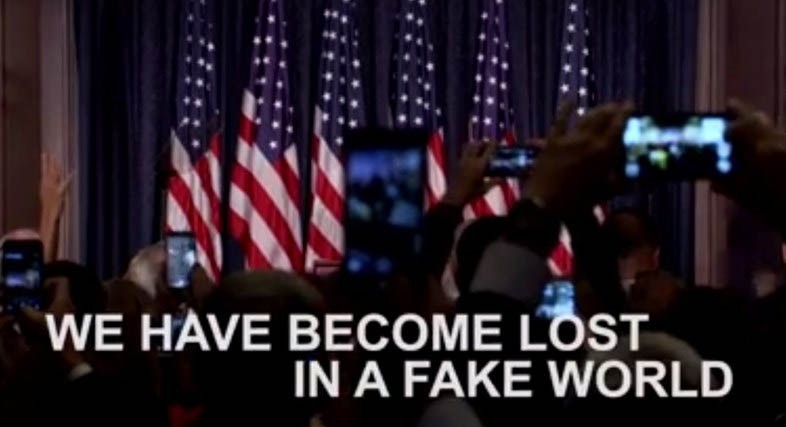 In his 2016 documentary, Adam Curtis once again brought together news reels, amateur videos and interview clips to tell us the story of the last few decades, and how Europe and the U.S. created fake news cycles for viewers who were ready to receive a prepackaged version of world events that they were eager to escape from

Watching an Adam Curtis documentary is a strange experience and comparative to what happens when you're about to die: Your life seems to flash before your eyes. Only, the flash is not about your life per se, but about what has been happening around you while you have been innocently and ignorantly carrying on. While watching a Curtis documentary, enlightenment is thoroughly seasoned with apprehension, and even terror. The premise of the documentary is based on the concept of force-fed conflicting images, leaving the viewer not knowing what to believe in.

Curtis is, first and foremost, a collage artist since he doesn't "shoot" documentaries. Instead, he cuts and pastes footage from previous decades to tell the story of international politics from an angle you may not have considered before. For instance, he juxtapositions Western politicians speaking and bombs falling on innocent people, repeatedly demonstrating shock and revelation. Even his fans admit that he is a master of manipulation. Curtis repeatedly tells us that the news we have been and are being fed is engineered to make us think in a particular way, and yet, with his use of montage, convincing voice over and unnerving music, he also imposes his own view of the complex relationships that rule the world. Interestingly, almost all the footage he presents to us has already been aired on various TV channels. For the most part, Curtis hasn't even had to obtain special permission for these images - the scenes we see are news that played in the background as we ate our dinner, bickered with our parents or possibly fell asleep to on the sofa.

Curtis's 2016 film "Hypernormalization" comes as a companion piece to his "Bitter Lake," as both films try to understand the genealogy of conflicts in the Middle East and beyond. Where "Bitter Lake" traces the roots of the Gulf Wars and the U.S. backing of the Taliban, "Hypernormalization" is about how the government and media construct and sell us fear-mongering figures, in this case Hafiz Assad and Muammar Gaddafi. The documentary is strictly a historical account that does not touch upon the current war in Syria, and yet, it reconstructs the beginning of the Assad state, which Curtis depicts as being founded on bitterness and rancor for having been cheated out of the Yom Kippur War settlements. Curtis argues that it was Hafiz Assad who brought Iran's model of suicide bombing into Lebanon - transitioning the model of young Iranians who rushed to martyrdom while clearing mines in the Iran-Iraq war to the young Palestinians willing to turn their own bodies into weapons. "Hypernormalization" is a chilling history detailing how frustrated and marginalized politicians who are determined to make their mark will come back to the world stage. 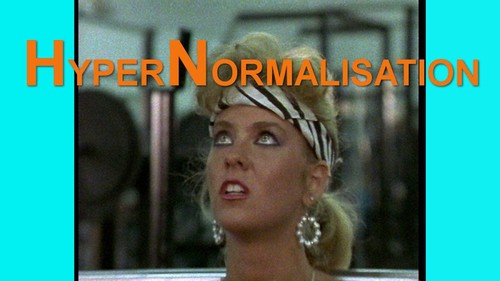 Curtis repeatedly tells us that the news we have been and are being fed is engineered to make us think in a particular way, and yet, with his use of montage, convincing voice over and unnerving music, he also imposes his own view of the complex relationships that rule the world. Interestingly, almost all the footage he presents to us has already been aired on various TV channels.

Towards the end, there is a sequence of the fateful 2011 White House Correspondents' Dinner, where Seth Meyers - whose show "Saturday Night Live" has become the outlet for letting off steam since Donald Trump took office - makes rather malicious fun of Trump's decision to run for office, as Trump sits perfectly still, looking, however, like he is ready to pounce. And that is the genius of Curtis. While telling the story of how Middle Eastern villains are chosen from among ambitious leaders by the West and given free rein to blossom into their full evil, he also managed to tell the story of the rise of a populist leader in the U.S.

The documentary aired on BBC a few weeks before Trump was elected president, and as such, it is hard not to see Curtis as an oracle while watching the film. From the start, there is footage of Trump, and Curtis links his story of speculation and dispossession to that of New York City residents when the city relinquished its power to the banks, letting them decide which jobs were to be cut. One of the most memorable scenes of the documentary is a section from an interview with New York City's municipal workers' leader in an '80s suit. When questioned about the bankers he said, "I wanna wish them well, the slobs," with the heaviest New York accent you can imagine. 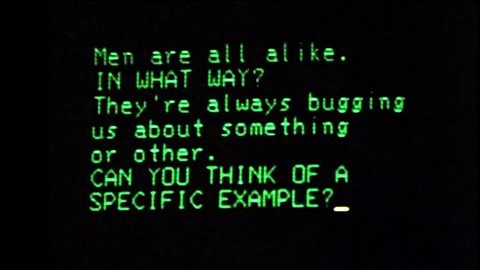 The other very interesting Trump story in the film comes when Curtis details the creation of another villain, Muammar Gaddafi. We learn that when Gaddafi went to New York City for a U.N. meeting, he pitched his tent - he always pitched a tent when he went on foreign visits and never stayed in a hotel - in the garden of the Trump mansion. Curtis follows the story of Gaddafi: How he came to power, how he became a useful villain for Europe and the U.S. only to be rehabilitated when he agreed to sell cheap oil, and how he was made a villain, once again.

There is footage of a young Gaddafi speaking about his experiences at Sandhurst, saying he was "ill-treated." "Ill-treated in what way?" the interviewer asked him. "In many ways," he answers, as his face contorted into a rather subtle but arresting mask of emotional agony, uncanny in its pain.

The documentary suggests that when the Lockerbie bombing happened, after 18 months of blaming Assad, "security agents" had decided that it had been Gaddafi, after all. Despite the fact that evidence seemed to point to Assad, the U.S. and the U.K. needed Assad's help against Saddam, Gaddafi became the go-to terrorist mastermind when the attacks happened. This is the pinnacle of the "horror moments" in Curtis's documentary. I remem

ber the news about "Lockerbie" when I was growing up as something that flashed across the screen on the evening news. The idea that all of this happened as a kind of background music is horrifying, and it also points to moments of "enlightenment" that we will have in the future when today's events are reconstructed in a similar manner.

Curtis presents a close up of a very satisfied Tony Blair when he was announcing that Gaddafi had confessed to having weapons of mass destruction - the satisfaction of a man who was finally getting a "Middle Eastern" leader to confess that he has such weapons, after going into Iraq with false claims of such against Saddam. Curtis then goes on to suggest that there was very little evidence, but if admittance would help lift the Libyan sanctions, Gaddafi was happy to play a reformed bad guy. And then there are shots of European dignitaries visiting Libya during this program of rehabilitation. Curtis calls Gaddafi's reinstitution into the international political scene as a "sound ally" a great act of "perception management." A man who was created by the West as a fake global super villain was now going to be turned into a fake "hero of democracy," and everyone would become involved in his reinvention: politicians, academics, televisions, public relations agencies, spies and even musicians.

I realize my account of "Hypernormalization" may make it sound like Gaddafi is the central story. I am sure other viewers will find other threads equally if not more interesting. A parallel story is the dissolution of the Soviet empire, and the emerging Putin apparatus that excels in packaging different versions of Russia to different constituents with the help of his media-guru Vladislav Surkov. It is impossible to unpack all the story lines that Curtis has woven into this narrative of deception. I can only recommend that you watch it for a bit more understanding of the history of Assad, Trump, Gaddafi, the Iraq War and the sense of uncertainty which led to the post-truth world we live in.
RELATED TOPICS