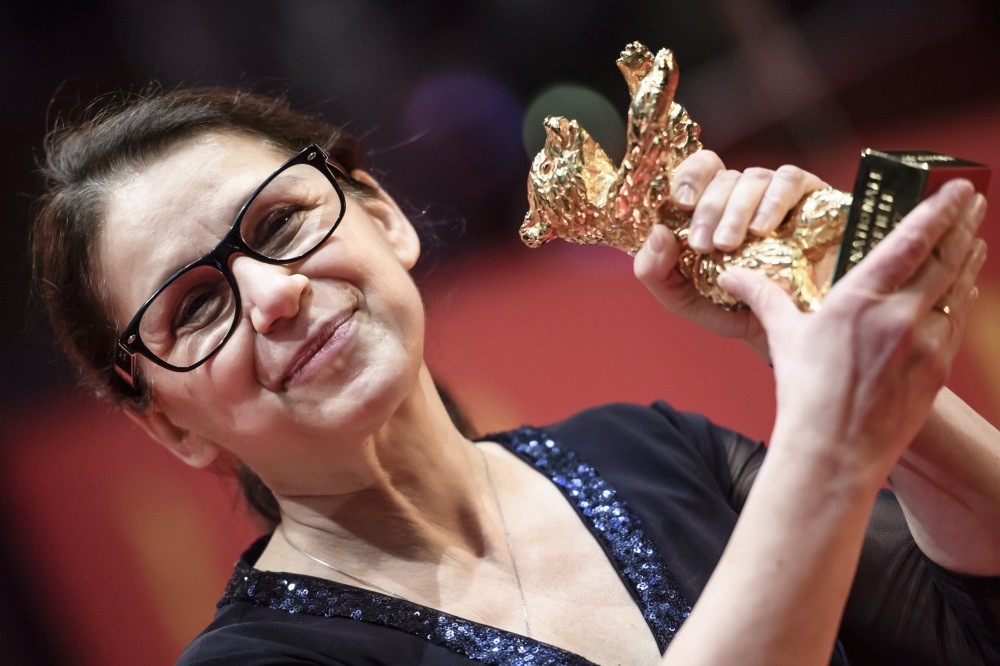 by Feb 21, 2017 12:00 am
A Hungarian love story called "On Body and Soul" about two lonely hearts working in a slaughterhouse in Budapest won the Golden Bear for best film on Saturday at the 67th Berlin International Film Festival.

"This film is approachable only with a generous heart," director Ildiko Enyedi told the audience at the awards ceremony ending the 10-day Berlinale, which showcased 18 films in competition and 403 in sidebar screens.

Jury president Paul Verhoeven, a Dutch director and producer, said the seven-member panel had fallen in love with the film because it reminded people of something too often forgotten in everyday life: compassion.

As is traditional in Berlin, this year's festival also tackled current affairs with entries that reflected on global developments and the dark chaos of the modern world with films and their makers commenting on political events in the United States and elsewhere.

"Thanks to all the filmmakers who tried to save the world with poetry over the last 10 days," festival director Dieter Kosslick said in a short speech. "You don't need me to tell you that all is not right with the world now."

South Korea's Kim Min-hee won the Silver Bear for best actress for "On the Beach at Night Alone".

The grand jury prize went to "Felicite," a French-Senegalese-Belgian production directed by Alain Gomis about a charismatic woman who works as a singer in a bar in Kinshasa and brightens the lives of her audiences.

Finland's Aki Kaurismaki won the Silver Bear for best director with his film "The Other Side of Hope".

Kosslick said the films picked for the festival this year were designed to show that diversity beats monotony. He pointedly avoided mentioning the name of U.S. President Donald Trump, who provoked an international uproar by announcing that he was suspending entry to the United States by citizens of seven Muslim-majority nations, saying that this year's line-up was "protest enough".

The jury also introduced a new prize - for original documentary film - that was awarded to "Ghost Hunting", about an Israeli interrogation centre, by Palestinian director Raed Andoni.

"The president of the United States yesterday called the press the enemy of the people," said American filmmaker Laura Poitras in presenting the award. "We documentarians are here to say we are the enemies of nationalism and exclusion."