Will The Matrix be reloaded? Warner Bros developing a relaunch of legendary sci-fi movie 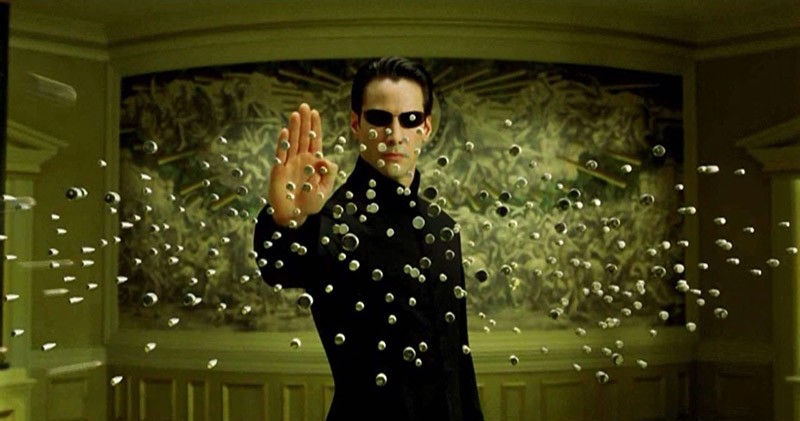 A reboot of "The Matrix" is said to be the works, but many fans would rather see Warner Bros. choose a different pill.

The Hollywood Reporter on Tuesday reported that Warner Bros. is developing a relaunch of the 1999 film, which spawned two far less beloved sequels. Any new "Matrix" film is in such an early stage that it may — like countless other projects in development — never amount to anything. Warner Bros. declined to share any details on its plans on Wednesday.

But the report was enough to stoke a backlash on social media over any tampering with the Wachowskis' trench-coated, slow-motion bullet-flying science-fiction creation. Reboots, you may have noticed, are a tad common for Hollywood these days. And while repaving old favorites often causes consternation among fans, the possibility of a new "Matrix" touched a nerve.

On one hand, the dystopian vision of "The Matrix," about a rebellion against machine-controlled rule, would seem ideal for today. After all, many have recently suggested the world has tipped into a simulated reality of its own. The time may be ripe for the deep "rabbit-hole" diving Laurence Fishburne's Morpheus advocated.

Also, initially wounded fan feelings have been known to soften under the right conditions. Get the right talent involved, secure the necessary blessings, talk about "mining" the story's boundless "universe" and you could — come opening weekend — have a "Matrix" version of the "The Force Awakens" on your hands.

But there's also reason to believe moviegoers are increasingly saying no to cash-grab reboots. The reasons for their demises were various, but last summer was a graveyard of underwhelming redos, including "Alice Through the Looking Glass," ''Independence Day: Resurgence" and "Ghostbusters."

Still, remakes and sequels remain, overwhelmingly, the biggest box-office hits. Disney's "Beauty and the Beast," another refashioned '90s fairy tale (albeit one with fewer sunglasses), is expected to open with more than $130 million in ticket sales this weekend and may ultimately gross $1 billion worldwide.

So why is the prospect of more "Matrix" particularly jarring? Here are a few reasons why:

— No Wachowskis. Though they could, of course, get involved in some capacity in the future, they aren't currently attached as directors for the new project. For many, a "Matrix" without Lana and Lilly Wachowski — the writers and directors of all three films — is anathema. Though their subsequent movies — the "Matrix" sequels, "Cloud Atlas" and "Jupiter Ascending" — have been largely received as misfires, they've never lacked for ambition, daring or imagination. That goes double for their Netflix series "Sense8." Keanu Reeves has said their involvement is necessary for his participation in any new "Matrix" movie. Yet despite Reeves' action-hero bona fides in still sterling condition (see "John Wick" and its sequel) and the Wachowskis continually churning out sci-fi, Warner Bros. is said to be exploring a different filmmaker and star. "Avengers" scribe Zak Penn may write the script.

— Originality was the main thrill of "The Matrix." The disappointing sequels notwithstanding, "The Matrix" was for fans exhilaratingly current, even futuristic, in its special-effects innovation, distinctive visuals and philosophical underpinnings. A remake goes against the movie's defining quality. Something of a gamble, "The "Matrix" was released in March but went on to win four Oscars and make $463.5 million worldwide. Among the many to decry a reboot was "Full Frontal" writer Travon Free, who said: "An original masterpiece called 'Get Out' made $113M on a $4M budget and Warner Bros is rebooting 'The Matrix.' Spend that money on new ideas!"

—Too Soon. Though quick reboots have happened before ("Spider-Man" may have set the record at a mere five years) "The Matrix" doesn't yet feel especially dated at 18 years old. But as Hollywood begins veering into the '90s for remake-ready intellectual property, Generation X is beginning to experience what has long been a constant for baby boomers. (1999's "The Blair Witch Project" was also reborn last year.) As Hollywood edges closer to today to plunder evermore recent remakes, it might need Neo to find some kind of time warp, too.