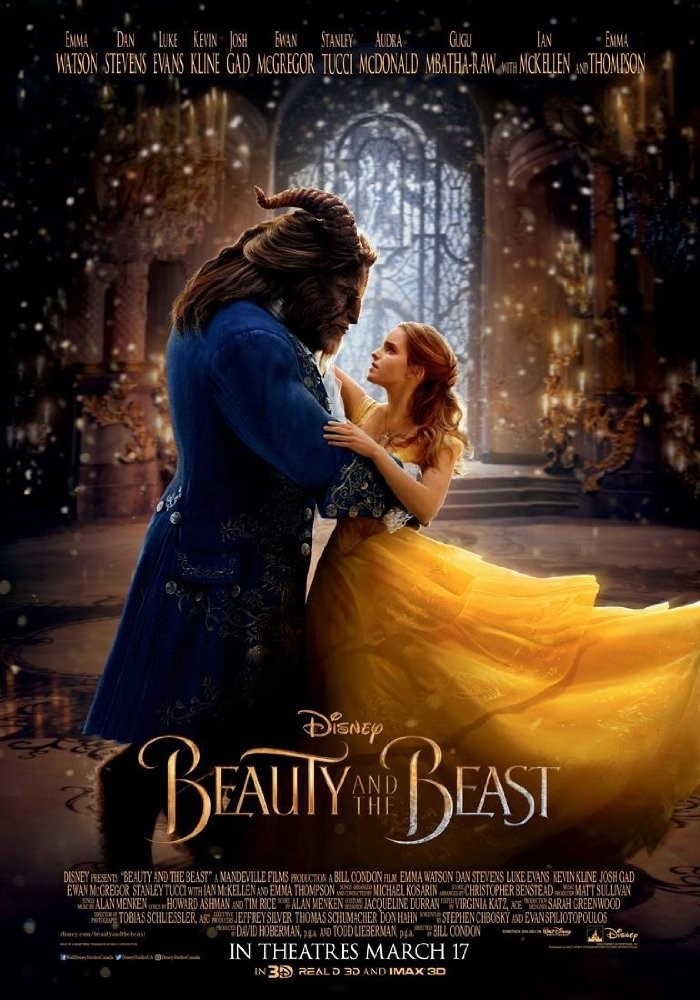 Disney's live action animated version of "Beauty and the Beast" will bring together classic and well-known characters for movie buffs. The story centers on young, beautiful and free spirited Belle who is imprisoned in a castle by a beast. The film's stellar cast includes Emma Watson as Belle, Dan Stevens as the Beast, Luke Evans as Gaston, a handsome but shallow villager, and Academy Award-winning Kevin Kline as Belle's father Maurice.

The Space between Us

Directed by Peter Chelsom, "The Space between Us" follows the story of a unique boy who was born on Mars. The film's cast features Hollywood's young talents Asa Butterfields and Britt Robertson alongside Gary Oldman and B.D. Wong.

Directed by Kleber Mendonca Filho, "Aquarius" stars Sonia Braga, Maeve Jinkings, Irandhir Santos and Humberto Carrao. Written by Kleber Mendonça, the film competed at Cannes Film Festival and follows the story of 65-year-old Clara, who has not given up on life yet, and the events surrounding the society she lives in.

Adapted from the namesake novel by Lauren Oliver, the film centers around a young girl who re-lives the day she dies over and over again and untangles the mystery surrounding her sudden death in the meantime.

"Cure for Wellness," which was directed by Gore Verbinski, the accomplished director behind the first three "Pirates of Caribbean" installments, follows the mysterious events taking place at a "wellness center" located in the Swiss Alps.

This week's second Turkish production, "Kuyu," is a horror movie that depicts a child who steps into a mysterious world after his father's death. Directed by Serdar Bardakçı, the film's cast includes Murat Ercanlı, Oğuzhan Yücel, Dilara Duman, Neman Asgari and Olgun Tosun.

Directed by Michael Dudok de Wit, this week's animated film, "The Red Turtle" follows a castaway who was stranded on an island populated by turtles, crabs and birds.
RELATED TOPICS