Cinema's most dissident souls come together at ‘Mined Zone' 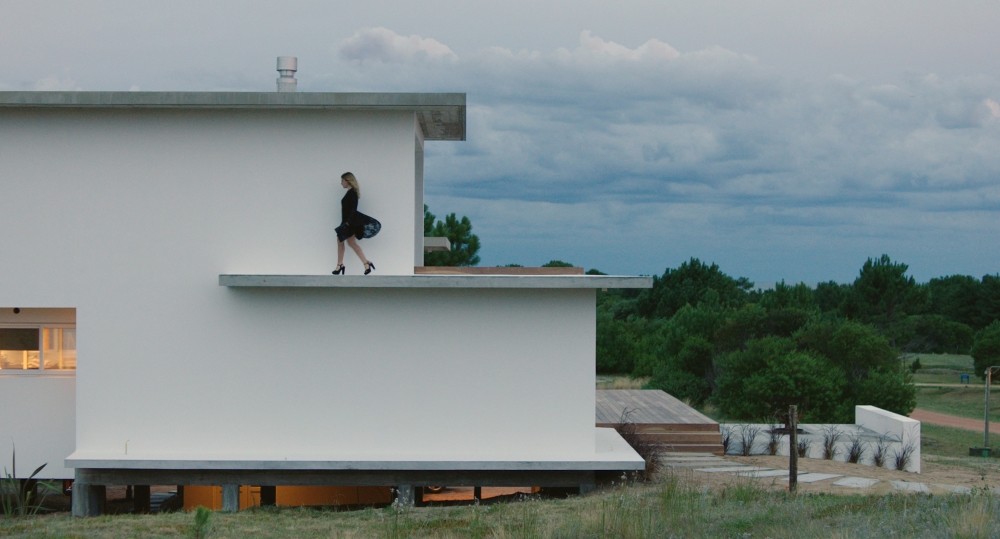 The ongoing Istanbul Film Festival, which will run until Saturday, has a special section consisting of films that will give viewers goose bumps with their extraordinary themes and images that stretch psychological boundaries

If you are looking to explore exquisite and unique depths of cinema with some of the most extraordinary, challenging, unexpected, leading and experimental movies in terms of style, approach, technique or narration, the "Mined Zone" section of the 36th Istanbul Film Festival awaits you.

The feature debut of Maud Alpi, "Gorge Coeur Ventre" (Still Life) is a harsh movie lingering between documentary and nonfiction and will leave an impression on your mind for a long time. Winner of the Art Peace Award at Locarno Film Festival and Louis Delluch Best Feature Debut, "Still Life" will take viewers to a slaughterhouse from the eyes of a dog.

Sweeping the Best European Fantastic Movie award of the European Fantastic Film Festival Federation, FIPRESCI Award at Cannes, Best Newcomer Director and Young Jury Award of Stiges and Most Creative Movie Award at London Film Festival, "Raw," directed by Julia Ducournau, is a surprising and disturbing movie that will keep you on your toes and make your hair stand on end from the start to the end. The long-awaited movie caused some viewers to faint and is deemed one of the most creative, challenging and bloody movies of the last few years as it tells the story of a young vegetarian girl who is forced to eat meat at school. "Raw" is not only challenging and almost creepy with its story line but also with its cinematography.

Mexican cinema's great talent Amat Escalente is back with "La Region Salvaje" (The Untamed), bringing together conservatism, homophobia and chauvinism observed in his country with fantastic elements. Dedicating his movie to Andrezej Zulawski who passed away last year, Escalante won the Best Director Award at Venice Film Festival and Austin Fantastic Film Festival. Known for using harsh, realistic and socially moving contents in his movies, Escalante is back at the Istanbul Film Festival, which hosted his previous movies "Sangre" (Blood) and "Los Bastardos" (Bastards).

Based on true events and depicting the cold-blooded cruelty and violence that takes place with the life of children, Bartosz M. Kowalski's "Plac zabaw" (Playground) is without doubt one of the most controversial and tough movies to watch from 2016. Kowalski won the Best Director Award from Gdynia with "Playground," which premiered and competed at the main competition section at San Sebastian Film Festival.

A tale of determination, willpower and courage set in the Middle Ages, Iranian auteur director Amir Naderi's "Monte" ("Mountain") follows the story of a man who intends to dig with a pickax a barren mountain where nothing ever grows in its lands because of its shadow. The movie premiered at Venice Film Festival and is the first movie shot by Naderi since 2011.

Premiering at Bright Future selection at Rotterdam Film Festival in February, "Super Dark Times" of Kevin Phillips is a teen movie on friendship, murder, doubt and guilt in the 1990s, the days without the internet, social media and mobile phones. Directed by Phillips, a renowned cinematographer, "Super Dark Times" is a nominee to become a well-received American independent movie with strong performances.

Revealing the darkest depths of the Austrian community, extraordinary director Ulrich Seidl's "Safari," shown first at Venice, then Toronto Film Festivals, is again disturbing, provocative and perplexing. Seidl, who was the guest at Istanbul Film Festival in 2015 with "In the Basement," is tracking European tourists who go hunting to Africa along with the lives of local African workers and the whole ferocity of the hunting process this time. While discussing a controversial subject like hunting tourism, the movie also questions the mind-boggling traits of human nature.

Tunisian cinema and video artist Ala Eddine Slim's first feature debut, "Akher Wahed Fina" (The Last of Us) follows a man through the Sahara Dessert, the sea and thick woods, in a silent philosophical story about self-discovery. Winner of the Best Debut Award at Venice Film Festival, "The Last of Us" also focuses on the issues of immigrants and migration from a different perspective.

The Argentinian cinema's young bright star, Gaston Solnicki's "Kekszakallu" is inspired by Bela Bartok's only opera "A kekszkallu herceg vara" (Blue Beard's Castle) and was nominated for the FIPRESCI Award at Young Horizons section of the Venice Film Festival. The movie follows the adolescence and the pain suffered by young girls belonging to the upper-middle class in Argentina set in the long hot days of summer while also discussing the social difficulties of his country.
RELATED TOPICS