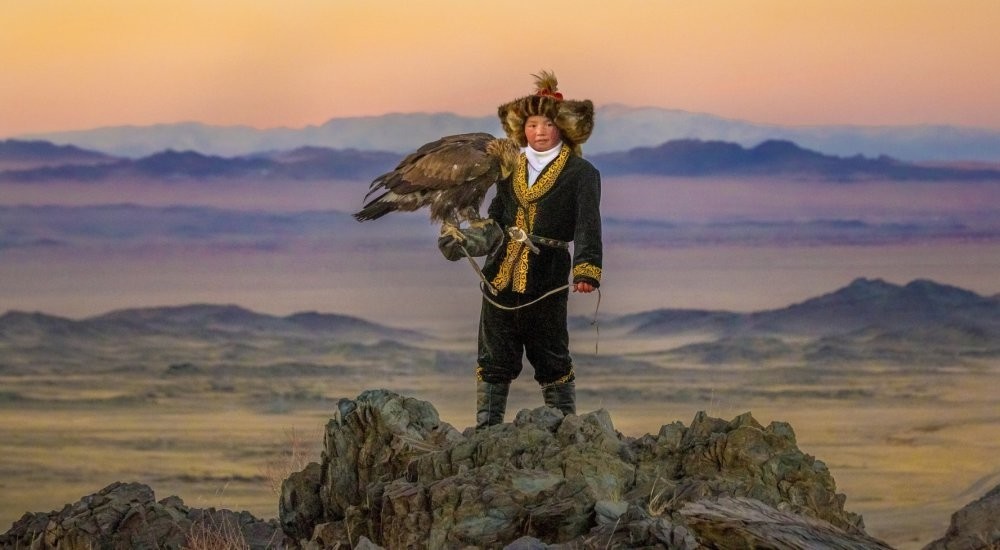 "The Eagle Hunter," a documentary directed by Otto Bell tells the story of the struggle of a 13-year-old girl living in Bayon-Ölgii region of Mongolia to become an expert in eagle hunting, a tradition her family had for years.

Director Müfit Can Saçıntı, who came into the limelight with "Mandıra Filozofu" (Dairy Farm Philosopher), is here with his new film "Yaşamak Güzel Şey" (Life is Beautiful).

The comedy-drama depicts how a shy man, who always gives in to whatever life brings along, explores the beauties of life following an unfortunate event.

The movie is set in 1970s Bursa Pirinç Han and tells the story of İsmail Hakkı, a delicatessen owner and his son Özkan, who later become the founder and owner of one of Turkey's most important textile companies, Minteks.

The movie is adapted from its namesake book by Özkan İrman, which depicts Özkan's childhood and work years. His two sons, Arda and Tuna are star in the film.

The horror-thriller depicts the story of a band named "Punk Rock," who witnesses a murder at a Neo-Nazi bar they play at and what happens after they lock themselves in a room.