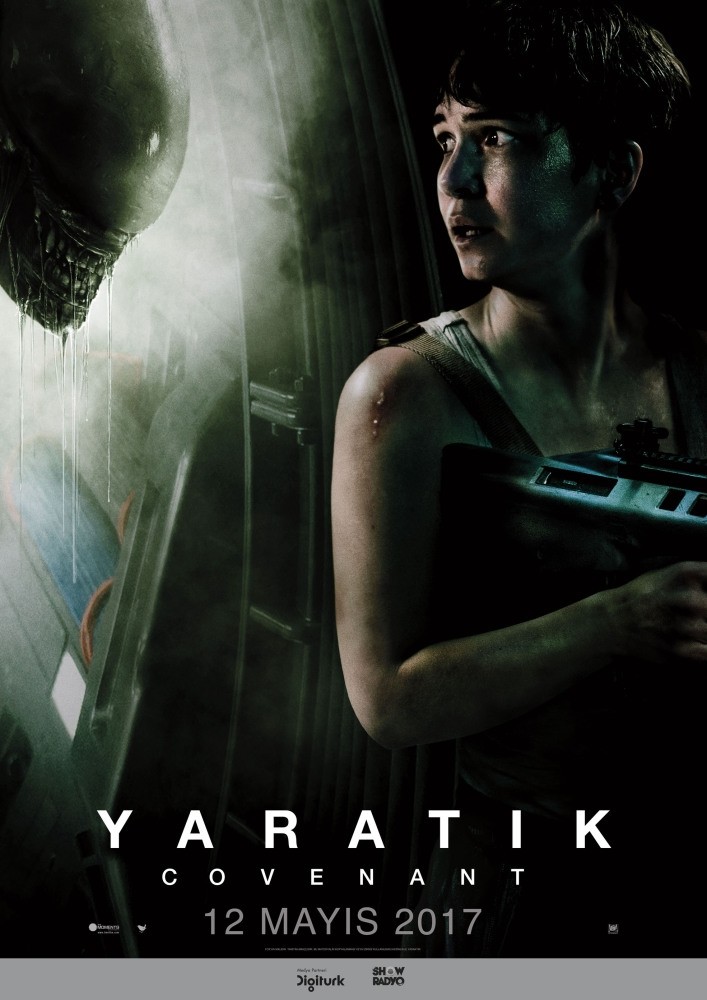 by Daily Sabah May 09, 2017 12:00 am
Organized by Istanbul Foundation for Culture and Arts, the İKSV Galas will screen the latest addition to the Alien Series, "Alien: Covenant" at Cinemaximum City's Nişantaşı on Wednesday evening.

This is the second film in the prequel series created by Ridley Scott with the 2012 film "Prometheus" and sixth in the original Alien (1979) series. Released almost four decades after the original, "Alien: Covenant" is the third movie in this series directed by Scott.

Co-written by John Logan and Dante Harper and co-produced by Ridley Scott, the space adventure-thriller "Alien: Covenant" tells stories that take place ten years after the "Prometheus," with new species in it.

In the movie, the pioneer spacecraft Covenant, which is carrying the settlers to the planet Oriage-6, lands on the wrong planet. The heaven-like planet they landed on is, in fact, a gloomy world which is full of unimaginable dangers.

"Alien: Covenant," which will be screened at İKSV Galas before its debut in the U.S., will hit the big screen in Turkey on May 12. Elsewhere in the world, the film will be released on May 19.
RELATED TOPICS