The Quiet America of Paterson 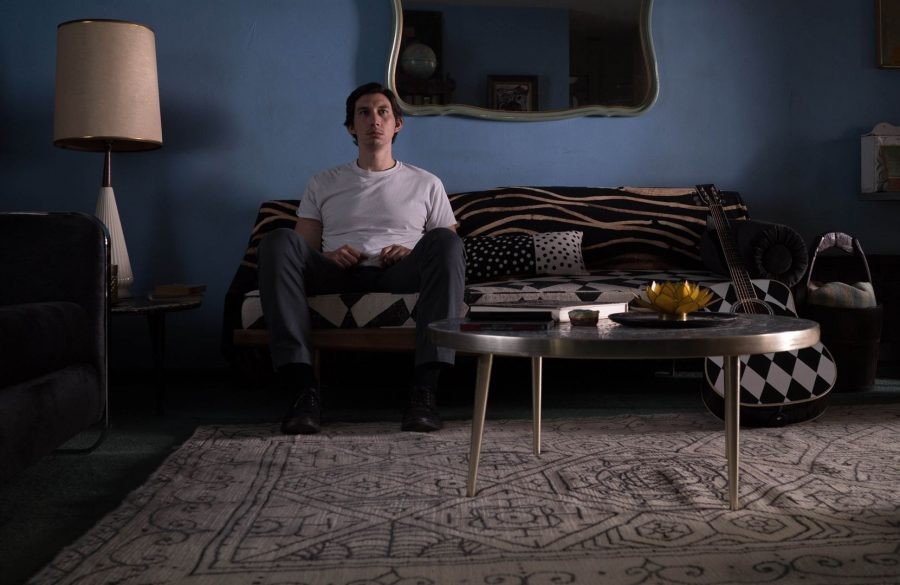 Paterson is the sort of person who can be inspired by the same waterfall he passes every day, a waterfall, one has to add, that has been disfigured by the cityu2019s infrastructure.
by Nagihan Haliloğlu May 10, 2017 12:00 am

Jim Jarmusch's latest film "Paterson" is a celebration of the quiet, happy lives that some people manage to live in today's stressful times. In fact the film is so quiet and free of conflict, that, although it emphasizes everyday life, it feels more like an enchanted world where nothing can go wrong

When I waxed lyrical about the film "Paterson" on my social media account a friend of mine from the East Coast checked out the trailer and got back to me rather surprised, "A film set in Paterson and there are no Turks? It's not like real life!"

"Paterson," it must be said, is true to life only in a very oblique manner. It depicts a quiet, mundane and yet enchanted life led by a young couple. And the lack of Turks is compensated for by the enchanting Iranian girlfriend, the classic Iranian records she plays and her sweet accent.

Fans of Jim Jarmusch expect a bit of poetry when they go to see his films, and this time around, he makes his protagonist a poet whose day job is driving public buses in Paterson, New Jersey. To make us understand that our protagonist embodies the soul of this sleepy town, Jarmusch names him Paterson too, which also provides for some of the jokes in the film. 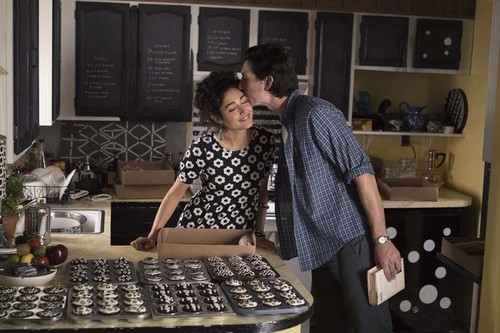 The film depicts a quiet, mundane and yet enchanted life led by a young couple.

The character is played by Adam Driver, with his unmistakable face, one that feels like it belongs strictly in Williamsburg, NY, here, driving his bus just over the border in New Jersey. The film opens with him reciting a poem about his love for Laura, his girlfriend "If it's about you it must be a love poem," he says to her. Laura is played by Golshifteh Farahani, with all the hues of roses and sense of well-being that her name suggests. Paterson is the main breadwinner, and he leaves the house every morning, straightens the mailbox that has been knocked awry by Laura's dog, who sees a rival in him, makes it to the Paterson central bus station.

For about five minutes before his shift starts, signaled by his Indian-American colleague coming and saying "hi," he writes a few lines of a poem he is working on. He does this every working day, and as such, "Paterson" seems like a lesson in endurance, patience and consistency, and a lesson in time management for those of us who claim to have "no time" for the things we love doing.

In this magical film, the Driver's (the actor's name suggests Jarmusch's casting was providential) voice does much of the enchanting, sharing with us Paterson's poetry in a voice over. He speaks of the "fourth dimension, time." Paterson is a private poet just like he is a private person, and he seems reluctant to share his work with the world, despite his girlfriend's encouragement.

Laura is just as artsy as Paterson but more versatile, and very willing to share her work with the world. She is obsessed with combinations of black and white, and keeps painting the house and her dresses in these colors in various patterns. Watching her easy attitude is inspiring, leading one to believe that there is an artist in all of us, that there's space for art even when we might be doing everyday chores such as baking.

In that sense it's a film about possibilities, of worlds contained within worlds, a lesson in enjoying the ordinary. The sense of a charmed world is sustained by Jarmusch's delightful patterns, such as Paterson running into twins throughout his travels in New Jersey, and also into other poets, such as a young girl who recites him his poetry and a visiting Japanese tourist who has come to Paterson for inspiration, and ends up helping Paterson with his own creative crisis.

It is because Paterson is open to the world, you feel, that the world opens itself to him. He is the sort of person who can be inspired by the same waterfall he passes every day, a waterfall, one has to add, that has been disfigured by the city's infrastructure.

"I move through trillions of molecules that make way for me," reads one line of Paterson's poetry, and as you see him move through the streets of Paterson you can see that he is very much grounded in the present, aware of "this moment," and aware of all the beings surrounding him.

Like in a confessional, and with a smile becoming of an absolving priest unseen by the repentant, he listens to the chatter of his passengers, such as the young "anarchists" who sit right behind him, and who doubt there can be any other people who see the world like they do in this small town.

The one challenge Paterson seems to have in his life is whether he ought to publish the poetry he's writing. This challenge is brought to a crisis by Laura's dog, who has been plotting his revenge on Paterson for taking his place in Laura's affection.

In the evenings after swallowing down Laura's experimental cooking, Paterson works on his poetry in a cubicle of a tools room, on a tiny desk that has a volume of Williams Carlos Williams' poetry. And the less well-read among us are alerted to the fact that Williams' long poem entitled "Paterson," is the key to Jarmusch's film in which everything seems to be called Paterson.

Williams, in his preface to the poem says that a man himself is a city. And so, taking his cue from Williams, Jarmusch makes the man and the town of Paterson one, and with shots of the destination "Paterson" displayed on the bus our protagonist drives, the bus itself becomes part of this trinity of Patersons.

The "drama" in the film is provided by the characters in the pub that Paterson frequents; there is a young man suffering from unrequited love, and we see, through Paterson's smug, very-much-in-a-loving-relationship eyes how the young man tries to win the heart of the beautiful young woman he loves. When we see him wield a gun threatening to harm himself, we are not alarmed because by this time we have been acclimatized to Paterson and know that nothing can go wrong in this town.

When we consider the American films that made news this year, such as "La La Land," "Moonlight" and "Manchester by the Sea," "Paterson" stands very much apart, as it stays away from epic and sweeping narrative structures. It thrives on the smallness of the story and minuteness of the detail. Jarmusch makes even the light that falls through the shutters onto the bed a character in his film, to get us familiarized with Paterson's sense of time, which figures often in his poetry.

Despite the lack of Turks (check out Turkey's urban dictionary, Ekşi Sözlük, for testimonies as to how Turkish the town really is) Paterson's America is a multicultural one, particularly set against "Moonlight" and "Manchester by the Sea." It tries to do that delicate job of provoking emotion without shocking.

The one thing that signals a world outside Paterson, that there may be violence outside the charmed circle that Paterson and Laura live in, is Paterson's photograph in an American military uniform. It suggests that Paterson has somehow chosen demotion by choosing civilian life as a driver. More importantly, we are given to understand that Paterson chose the life he is leading now, and that we are all left with this choice of either joining the rat race, or living a quiet life that allows us to connect with our environment and dreams.