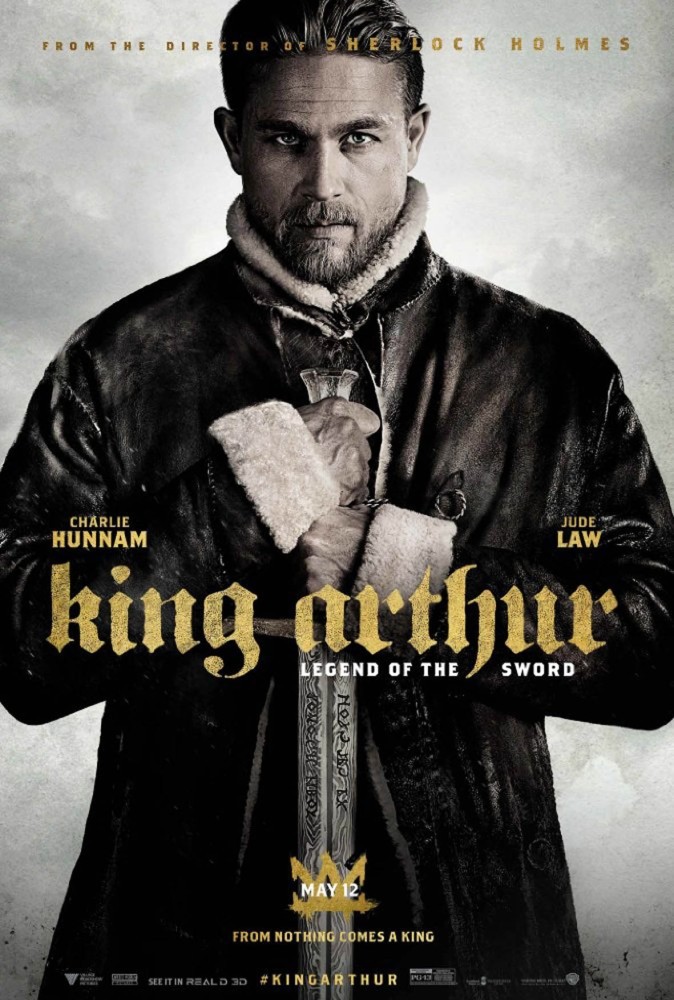 'King Arthur: Legend of the Sword'

Directed by Guy Ritchie and starring Charlie Hunnam, Jude Law, Astrid Berges Frisbey, Eric Bana and Djimon Hounsou, "King Arthur: Legend of the Sword" meets filmgoers this week. The fantastic adventure, which will be presented in 3D, is about the legend of King Arthur's sword, "Excalibur" and the seamy story of a man whose family was slaughtered in a struggle for the throne. The original story and inspiration behind the film, which was co-written by the director Guy Ritchie, Joby Harold and Lionel Wigram, was written by David Dobkin and Joby Harold.

With a cast consisting of Michael Shannon, Gael Garcia Bernal, Volker Michalowski, Lawrence Krauss and Anita Briem, "Salt and Fire" is directed by Werner Herzog. Having premiered at the Toronto Film Festival, the film which was co-produced by the U.S., France, Germany and Mexico, focuses on an environmental disaster. "Salt and Fire" displays the fight for survival from the perspective of both nature and humanity.

Directed by Ridley Scott, "Alien: Covenant" will present audience members with the story of a new journey into the depths of space, and is a follow-up of the 2012 production "Prometheus." Starring Michael Fassbender, Noomi Rapace, Katherine Waterston, Carmen Ejogo, Guy Pearce, Billy Crudup, Danny McBride and Demian Bichir, the movie is co-written by Michael Green, Jack Paglen and John Logan.

Ceylan Özgün Özçelik's first feature film, which premiered at the Berlin Film Festival, "Inflame" observes the effect of collective memory on the individual, focusing on the nightmares of a young girl who is working as a video editor at a news channel. The cast includes figures such as Özgür Çevik, Kadir Çermik, Leyla Selen Uçer, Nazan Kesal and Taner Birsel. Algı Eke plays the leading role in the film.

Directed by Erhan Tuncer, this film starring Gün Koper, Bennu Yıldırımlar, Erdem Akakçe, Özer Arslan, Gözde Kocaoğlu and Yücel Erten premiered at the Adana Film Festival and is a drama that focuses on the touching story of four siblings who are forced to face their pasts as part of an inheritance dispute on behalf of the children's ailing father who is on his deathbed.