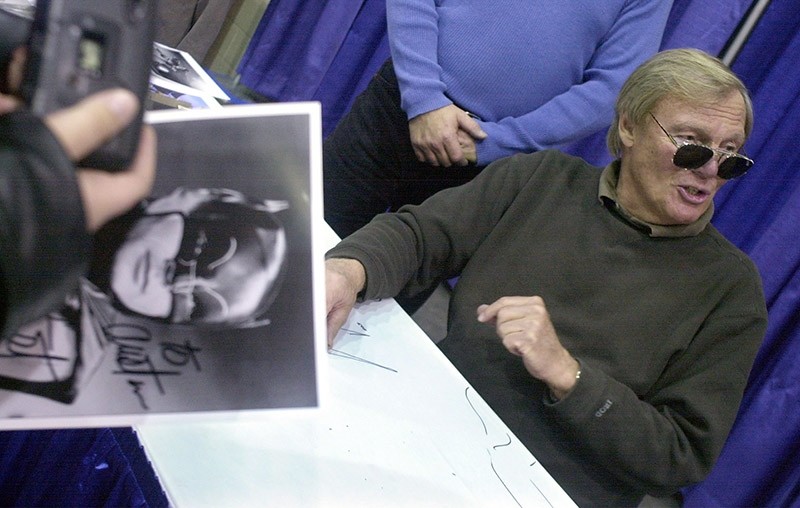 Adam West, who earned a place in American pop culture history with his campy portrayal of the title character in the classic 1960s TV series "Batman," has died at age 88, his family said on Saturday.

West, who was so closely identified with Batman for the rest of his life that it was both a blessing and a curse for him, died on Friday evening after a short struggle with leukemia, his representative told Variety.

"It's with great sadness that we are sharing this news. Adam West passed away peacefully last night after a short but brave battle with leukemia," a statement issued by the family said. "There are no words to describe how much we'll miss him."

Ward said he was devastated by the passing of his friend and co-star.

"Adam and I had a special friendship for more than 50 years. We shared some of the most fun times of our lives together," Ward said in a statement quoted by Variety. "Our families have deep love and respect for each other. This is a terribly unexpected loss of my lifelong friend. I will forever miss him."

Ward said while several fine actors have portrayed Batman in Hollywood movies, "in my eyes, there was only one real Batman that is and always will be Adam West. He was truly the Bright Night."

After the cancellation of the series, West found it difficult to land other acting jobs, even though he was an established film and TV actor, because he had become so linked to the Batman role.

Eventually he came to accept that his identity was closely intertwined with the masked crime-fighting hero in the black cape whether he liked it or not. He often was hired to play a comically fictionalized version of himself in live-action and animated roles and became a successful voice actor.

On the long-running animated series "Family Guy," he provided the voice of the character Mayor Adam West. He played himself for years on the animated "The Fairly OddParents" and appeared on the venerable animated series "The Simpsons." West also voiced the Caped Crusader and other characters in numerous animated incarnations of Batman.

West was honored in 2012 with a star on the Walk of Fame on Hollywood Boulevard.

Some of the actors who played Batman on the big screen, including Michael Keaton, Val Kilmer and Ben Affleck, consulted West as they prepared for the famous role.