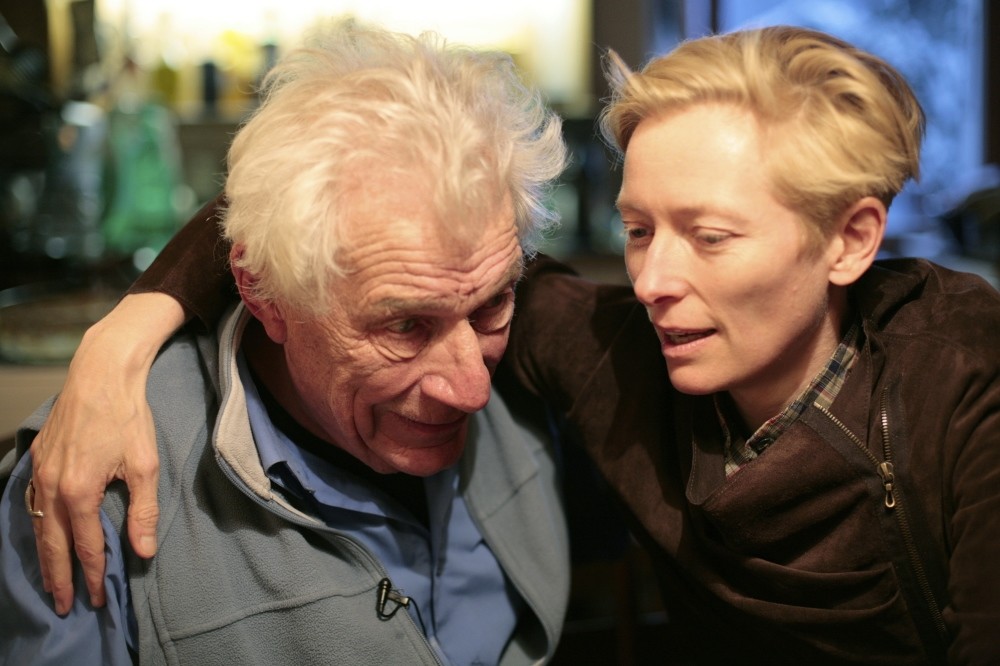 In cooperation with Başka Cinema and Pera Museum, Arter Gallery presents a screening program consisting of films that feature or are inspired by legendary British writer John Berger

The Arter Gallery is bringing a movie program on British writer and critic John Berger, who changed how we look at art, together with Başka Sinema this weekend at Pera Museum. The program is centered on a four-part BBC production titled "Ways of Seeing", which can also be visited at Arter in an exhibition curated by Sam Bardaouil and Till Fellrath.

"The Seasons in Quincy: Four Portraits of John Berger", shot by renowned actress Tilda Swinton, helps us to witness the daily life of the master author. "Play Me Something", inspired by his short stories together with long-time fellow collaborator Timothy Neat, focuses on a story told by a mysterious stranger. "Taşkafa: Stories from the Street", written and voiced by Berger, is about remembrance and the sense of belonging depicted through the perspective of stray dogs and their attachments to their local town. The program can be visited for free this weekend at Pera Museum.

Having abandoned the metropolis to live in the tiny Alpine village of Quincy in 1973, Berger realized that the subsistence of peasant farming, which had sustained humanity for millennia, was drawing to a historic close. Determined to spend the rest of his life bearing witness to this vanishing form of existence, Berger participated by immersing himself in the rhythm of the seasons in Quincy, denoting a single season to each section of the film and addressing the various strands of Berger's life and work. With the participation of Tilda Swinton, Colin McCabe, Ben Lerner, Aksi Singh and Christopher Roth, we witness Berger in predominantly intimate settings with his friends and family where he delves into politics, songs, shared birthdays, animals, fathers, different ways of peeling apples and, most importantly, lifestyles. "Ways of Listening", "Spring", "A Song for Politics" and "Harvest", directed by Tilda Swinton, make a great case for one of the most inspiring thinkers of our time. Not only does Berger continue to inspire his audiences but he also effectively proves that his way of thinking is tremendously revelatory for our time.

'Taşkafa: Stories from the Street'

Directed by Andrea Luka Zimmerman in Istanbul in 2013, "Taşkafa: Stories from the Street" is a feature-length documentary essay, a film about remembrance and the most necessary forms of belonging, depicted in the story of the search for belonging, told through the perspective of Istanbul's street dogs in the city and their relationships with the human populace. Street dogs in the city have faced extermination over the past 400 years but have always had people come to their defense. "Taşkafa" is structured around readings by internationally acclaimed storyteller, essayist, and critic John Berger. The film opens a window to the contested relationships between power and the public, community and categorization in location and identity and the ongoing struggle or resistance against a single-minded way of seeing and being.

John Berger presents his insights on how people perceive life in "Ways of Seeing," directed by Michael Dibb in 1972. Through examples of art history, Berger shows how the sense of sight has been transformed over the years. By discovering why this is so, according to Berger, "we shall discover something about ourselves."

Directed by Timothy Neat in 1989, this film follows a group of individuals as they wait for a plane on a remote Scottish island, where an enigmatic stranger tells them a story about an Italian countryman who visits Venice.