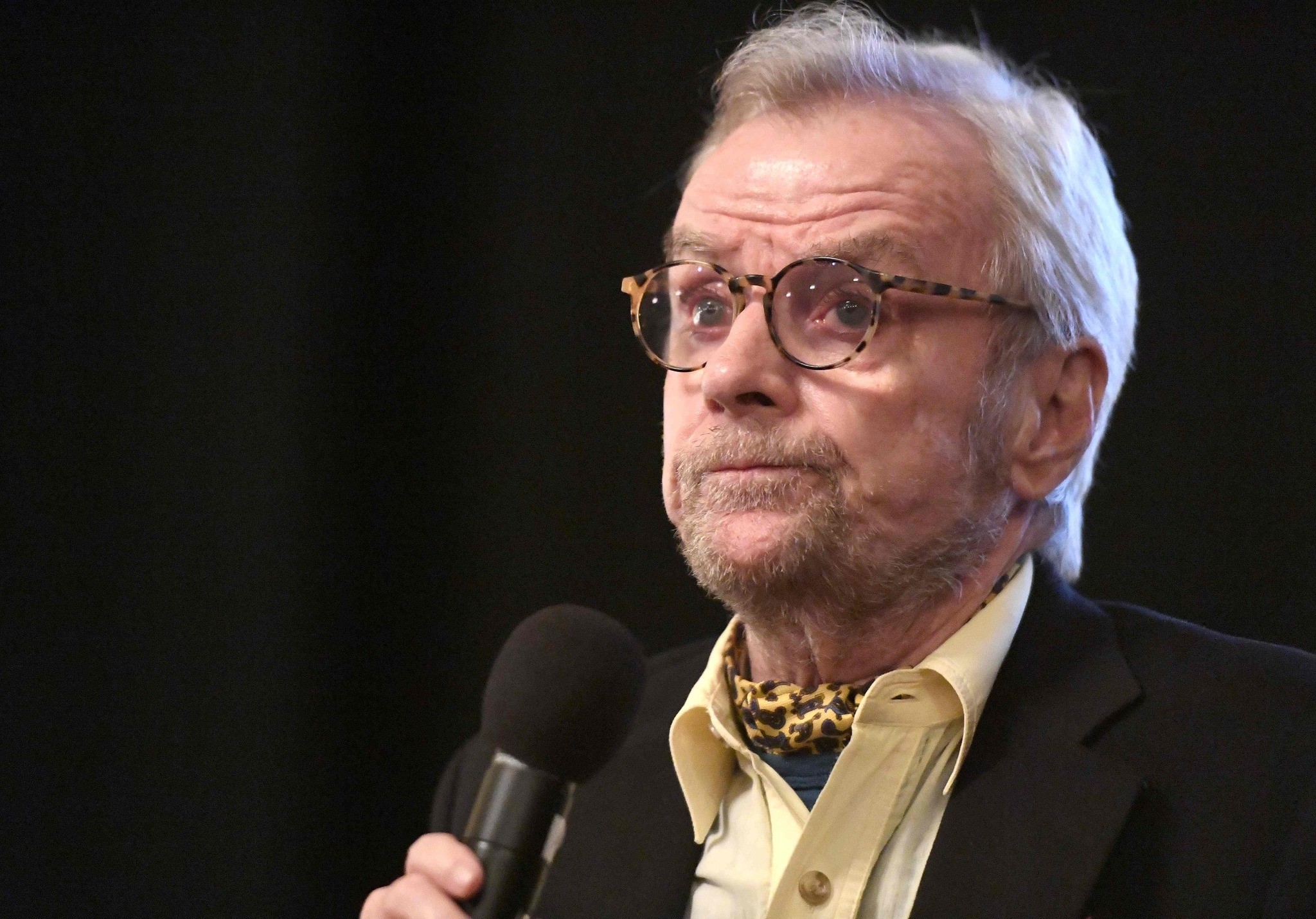 This file photo taken on February 03, 2017 shows director John G. Avildsen speaking onstage at a screening of 'John G. Avildsen: King of the Underdogs' (AFP Photo)
by Compiled from Wire Services Jun 17, 2017 12:00 am

John Avildsen, the Oscar-winning director whose blockbuster films like "Rocky" and "The Karate Kid" championed the ascent of underdogs, has died. He was 81 years old.

The filmmaker died of pancreatic cancer at Cedars-Sinai Medical Center in Los Angeles, according to the Los Angeles Times, citing Avildsen's eldest son.

"Rocky" was a huge success. It won Oscars for best picture, director (Avildsen) and editing and was nominated for seven others. No less a Hollywood eminence than Frank Capra loved it, telling The New York Times in 1977, "When I saw it, I said, 'Boy, that's a picture I wish I had made.' " For his part, Avildsen said Capra — who also championed underdogs on film — was his favorite director.

"Rocky" was a chance venture for Avildsen. Sylvester Stallone, then unknown, had written the script and sought Avildsen to direct it, but Avildsen was already working on another film. Suddenly the production company ran out of money and that film was canceled.

A friend sent Avildsen the "Rocky" script. "On page 3, this guy (Rocky) is talking to his turtles, and I was hooked," Avildsen remarked. "It was a great character study." Avildsen agreed to direct "Rocky" even though he knew nothing about boxing.

The film was shot on a tight budget, less than $1 million, and it was completed in 28 days.

"The first time I showed it to 40 or 50 friends, they all freaked out, so that was encouraging," he recalled. "But I guess when I saw the lines around the block, it began to take on a reality."

Five sequels followed, but Avildsen turned them down, until the fourth, "Rocky V," in 1990. He said he considered it a good script and liked that Rocky would die. During the shooting the producers decided Rocky had to live. "You don't kill off your corporate assets," Avildsen commented. The fifth sequel, "Rocky Balboa," came out in 2006.

"The Karate Kid" was another surprise hit. In it, a teenager hounded by bullies played by Ralph Macchio seeks help from a Japanese handyman (Noryuki "Pat" Morita) who teaches him about karate. At the climax, a newly self-confident Macchio takes on a bully in a karate contest — and wins.

Released in the summer of 1984, "The Karate Kid" attracted millions of youngsters and brought Morita, a veteran performer best known for his TV roles, an Oscar nomination as best supporting actor.

"As soon as the producers saw the business it was doing, they wanted to do it again," Avildsen said in a 1986 interview. "I was very apprehensive. I didn't want to do a sequel because this was a very tough act to follow."

Avildsen had come up the hard way in films. He started with a long apprenticeship as assistant director, then moved up to production manager, cinematographer and editor.

He directed a few small films and then broke through with "Joe" (1970). Peter Boyle portrayed a hardhat bigot at odds with the emerging hippie youth culture.

"My hope as a filmmaker is to make people feel a little differently about something when they leave the theater," Avildsen told the Los Angeles Times in 1971.

Avildsen liked working with unknowns like Boyle. "The problem with name actors is everyone knows them, no matter how (Dustin) Hoffman-y they look," he told the Times.

Boyle, whose career got a huge boost from "Joe," told The New York Times that as a director, Avildsen was "on your side. He makes you feel good about what you're doing."

After "Joe," Avildsen directed "Save the Tiger" (1973) starring Jack Lemmon as a burned-out dress manufacturer. Lemmon won the Oscar as best actor for "Save the Tiger," while Jack Gilford got a supporting-actor nomination.

He had been hired to direct "Saturday Night Fever" after his success with "Rocky," but was let go amid differences over his desire to make the story more upbeat than the producers had in mind. "It's better not to be doing something you don't want to do," Avildsen told the Los Angeles Times after he departed from the project.

"Throughout the decades, his rousing portrayals of victory, courage and emotion captured the hearts of generations of Americans," the Directors Guild of America wrote in a statement Friday.

John Guilbert Avildsen was born in 1935 in Oak Park, IllInois, the son of a tool manufacturer. He attended New York University, then worked as an advertising copywriter. He spent two years in the Army as a chaplain's assistant.

A documentary on Avildsen, "John G. Avildsen: King of the Underdogs," premiered earlier this year at the Santa Barbara International Film Festival. The film, which is to be released digitally in August, was shot by Anthony Avildsen.

In a 1992 interview, Avildsen outlined his view of filmmaking: "I don't see my films as following any strict formula — even if many of them do have a similar theme. I guess I just like to see underdogs winning against the odds. To me, that is good drama. And the opposite would be too depressing."

Avildsen is survived by his sons Jonathan, Ashley and Anthony, and daughter Bridget.