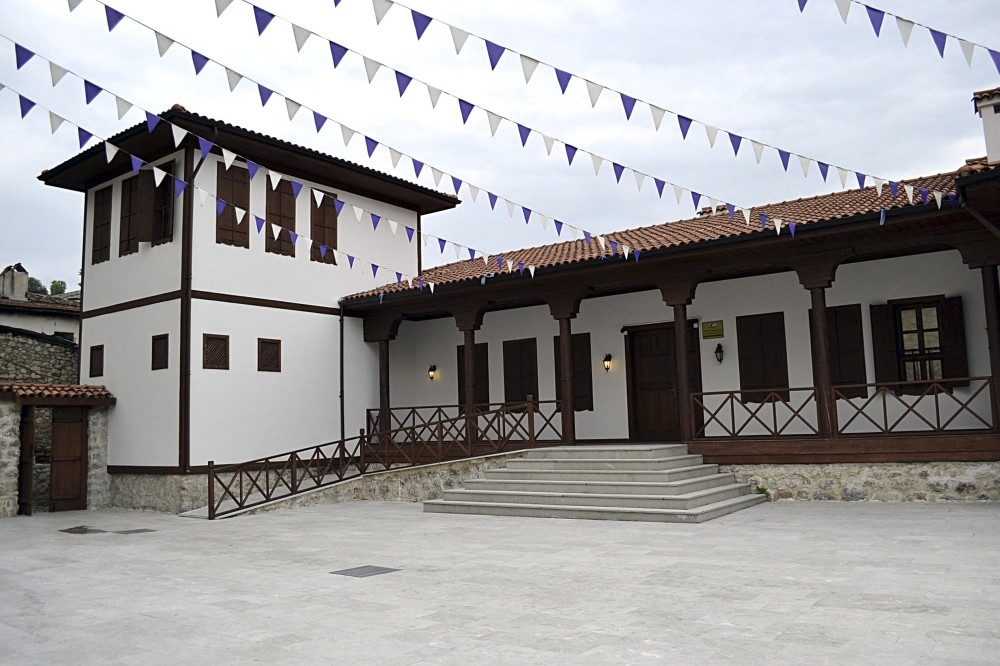 Apart from screenings, Cinema Museum will also be an academy where courses will be offered to cinema students who will get the chance to meet with famous directors. Old cameras and other tools used in shooting will also be displayed at the academy.
by Anadolu Agency Jun 20, 2017 12:00 am

Included on the UNESCO World Heritage List, the historic district of Safranbolu in Karabük province will host heartwarming film screenings, cinema workshops and meetings with directors amid attempts to revive the cultural livelihood of one of Turkey's oldest cities

In Turkey's Karabük province, the legacy of the town of Safranbolu, which is listed on the UNESCO World Heritage "20 Most Well-Preserved Cities" list, is being revived in the memories of young cinema lovers at the old cinema complex located in the Safranbolu district famous for its historical homes.

The Cinema Museum and the Documentary Film Library, to be established at the Historical Teachers' Union, will provide three- to four-day training courses taught by famous directors to students studying in the department of film as well as amateur film lovers interested in the art of cinema.

In Safranbolu's city center, film lovers will have the chance to watch movies while sipping their favorite sodas seated on nostalgic, wooden chairs. 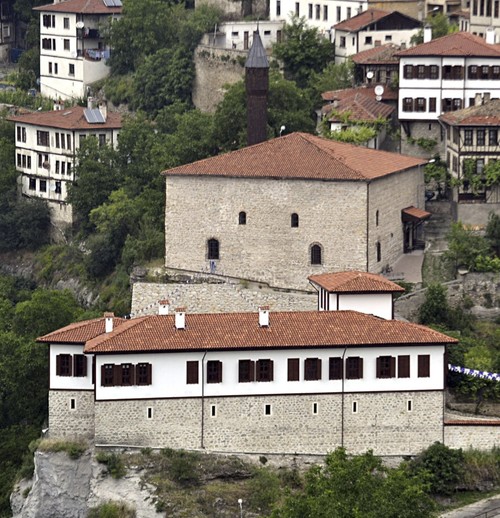 The Mayor of Safranbolu, Necdet Aksoy, told an Anadolu Agency (AA) correspondent that the municipality hopes to open the Cinema Museum and Documentary Film Library in association with the 18th International Gold Saffron Documentary Film Festival.

Aksoy stated that the theme of the festival, organized under the main theme of "Cultural Heritage and Protectionism," will be "Cinema for Soda." Aksoy said, "This building served the teachers' union before being converted into the Çınar Cinema in later years. We returned this building to its cultural roots in 2015 and it will continue to serve the world of Turkish cinema again, as we try to revive the traditional cinema motifs of cinematography, cinema, and more. We plan to establish the largest library in documentary film as well as Turkey's museum of cinema in Safranbolu. Emphasizing that movie screenings will be held on certain days of the week, Aksoy said that Safranbolu will see cinema culture revived more than it has in the past.

Aksoy pointed out that in the 1950s, open-air cinemas were operational in the area before indoor cinemas opened in the 1960s followed by modern cinemas that continue to serve Safranbolu. "When we think of Safranbolu, we are always reminded of the world of cinema and the nostalgic beverage of Turkey, soda. Sitting on wooden chairs and sipping our soda while watching a film is such a pleasure and a classic, favorite pastime. We want to revive this nostalgic activity," said Aksoy.

Aksoy noted that the municipality has been in contact with the state-run TV channel TRT, which will deliver many movies and equipment, adding that the machines delivered by TRT will be ready for use and featured in the festival.

"The movies delivered to the International Gold Saffron Documentary Film Festival, which will be organized by the Safranbolu Municipality for the 18th time, as well as other documentaries we have collected, and both Turkish and international documentary films, will be archived at the Cinema Museum and in the Documentary Film Library," Aksoy said.

The celebration of cinema will also bring together films that represent the cultures of their countries, including Azerbaijan, Bosnia and Herzegovina, Spain, Italy, Iran and India. The personal belongings of famous documentary Director Süha Arın, who shot the epic film about the city of Safranbolu entitled, "Safranbolu'da Zaman," ("Time in Safranbolu"), will also be on display. "Those who would like to view the cameras and equipment used by this master in documentary direction can do so at our museum," Aksoy added.