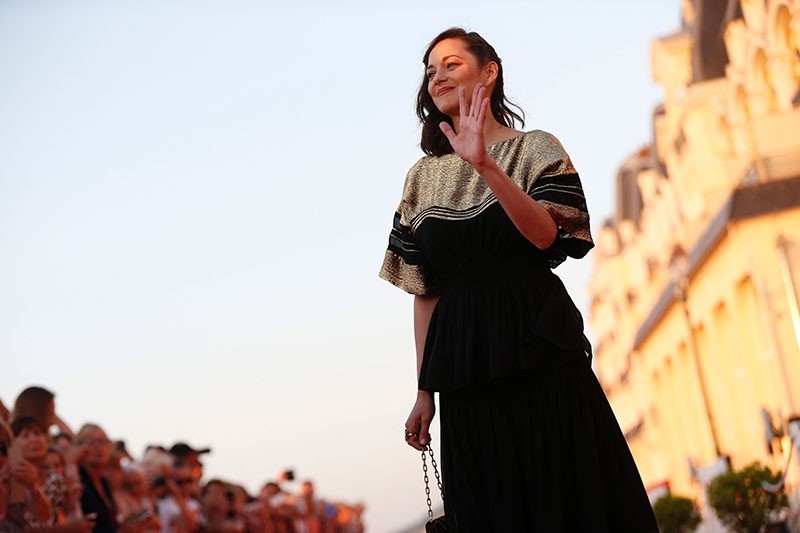 French actress Marion Cotillard poses on the red carpet on June 17, 2017 during the Cabourg Romantic Film Festival in Cabourg, northwestern France. (AFP Photo)
by Compiled from Wire Services Jun 22, 2017 12:00 am

French actress Marion Cotillard has reportedly been cast as the lead female role in the film adaptation of Sabahattin Ali's novel Madonna In a Fur Coat. Rumor had it that the role had previously been placed in the hands of Turkish actress Beren Saat.

The role of Maria Puder, the story's German love interest, has been offered to Cotillard, according to Turkish producers Ay Yapım and U.S. producers The Weinstein Company.

Cotillard garnered international attention for her role as iconic singer Edith Piaf in La Vie en Rose, for which she won Academy Award for Best Actress, along with a César, a Lumière Award, a BAFTA Award and a Golden Globe. The actress has worked alongside Robert de Niro, Johnny Depp and Tim Burton.

Cotillard will reportedly sign for the role in the coming days.

Meanwhile, it remains a mystery which actor will play the lead male role of Raif Efendi.

The film's script has been adapted from Sabahattin Ali's classic novel by Ece Yörenç, who previously wrote the scripts for the screen adaptations of Halit Ziya Uşaklıgil's "Aşk-ı Memnu" (Forbidden Love) and Reşat Nuri Güntekin's "Yaprak Dökümü" (The Falling Leaves). This will be the eighth film adaptation of Ali's distinguished novel.

Penguin Classics published the first English translation of the novel in 2016.

The novel follows a shy young man who leaves his home in rural Turkey to learn a trade in 1920s Berlin. The city's crowded streets, thriving arts scene, passionate politics and seedy cabarets provide the backdrop for a chance meeting with a woman that will haunt him for the rest of his life.

Emotionally powerful, intensely atmospheric and touchingly profound, "Madonna in a Fur Coat" is an unforgettable novel about new beginnings and the unfathomable nature of the human soul.