'PriFest' kicks off in Kosovo 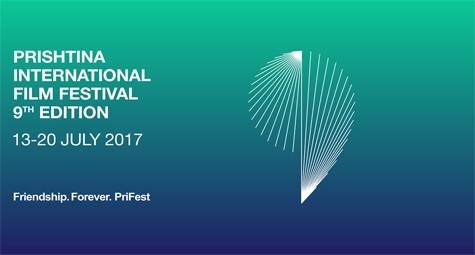 One of the most crucial cinema events of the Western Balkans, "PriFest" is welcoming Turkey as the "guest country" this year.

Organized for the ninth time in Pristina, the capital of Kosovo, started with the Kosovo-The Netherlands co-production "The Unloved."

Organized in Zahir Pajaziti Square every year and hosting Turkey as the "guest country" this year, the festival's opening night welcomed many famous actors, actresses, directors and producers including the Academy Award-winner Canadian director Paul Haggis.

The director of PriFest, Vjosa Berisha spoke to Anadolu Agency (AA) and noted that the festival was hosting 80 movies this year and 40 of these movies will be competing with each other in four categories while the others will be included in promotion programs.

Berisha also stated that for the first time they will be cooperating with producers from Turkey. "A committee of 17 people from Turkey has arrived in Turkey to discuss co-productions with Kosovar producers," said Berisha.

"Kalandar Soğuğu" ("Cold of Kalandar"), "Kor" ("Ember"), "Koca Dünya" ("Big Big World)", and "Kar" ("Snow") are the Turkish movies to be shown at the festival and actors, directors and producers of these movies will also be arriving at the festival in the coming days.

It was announced that the director of "Kalandar Cold," Mustafa Kara, the actress of "Large World," Ecem Uzun and its director, Gizem Başaran, plus the producer of "Snow," Emine İzmir will be in Kosovo to attend movie screenings and press meetings.

The honorary president of the festival this year is the British veteran actress Vanessa Redgrave and Prifest is welcoming the famous Turkish director Derviş Zaim as one of the jury members of the European Movies competition.

"The Best European Movie," "The Best Balkan Movie" and "PriForum Best Project Award" will be presented under the name of the Republic of Turkey Ministry of Culture and Tourism and TRT this year.

The festival will be ending on June 20.