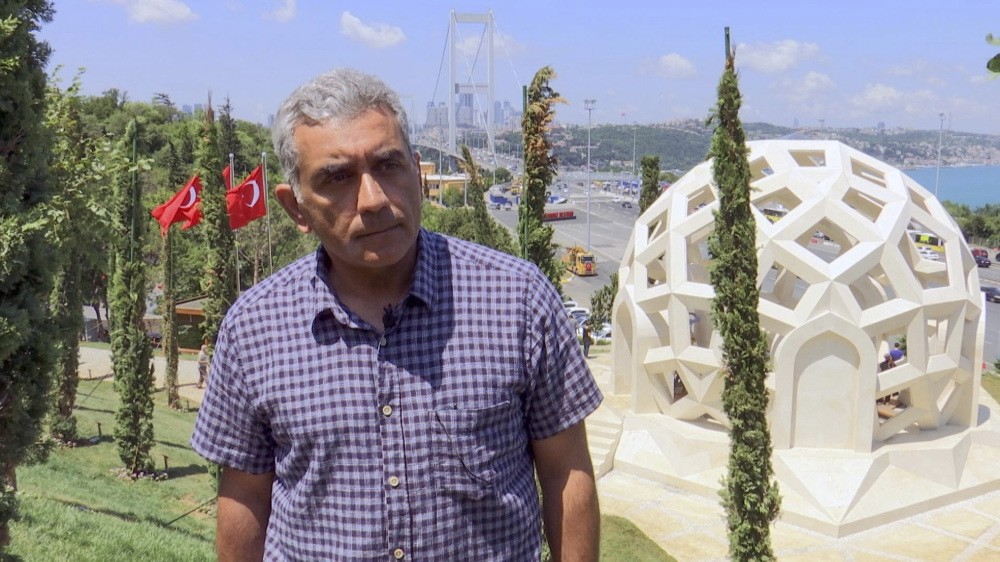 Azerbaijani director Elu00e7in Musaou011flu said that two separate teams are working on the shootings of the documentary in Azerbaijan and Turkey.
by Anadolu Agency Aug 04, 2017 12:00 am

Azerbaijani director Elçin Musaoğlu and his team have been filming a documentary on the July 15 coup attempt. The documentary will be shown at the 7th Malatya Film Festival planned to be held between Nov. 9 and Nov. 16

A documentary was made on the coup attempt executed by the Gülenist Terror Group (FETÖ) from the perspective of Azerbaijani artists and citizens who were in Turkey during that fateful night and joined the resistance against the coup plotters.

The documentary, which started filming in in Baku, Azerbaijan, in May, will be introduced to viewers at the 7th Malatya International Film Festival to be held between Nov. 9 and 16.

Azerbaijani Elçin Musaoğlu, who is the director of the documentary, told Anadolu Agency (AA) that two separate teams are working on the shooting of the documentary in Azerbaijan and Turkey. Musaoğlu said that July 15 was a very difficult time for people living in Azerbaijan and that they could not sleep until the next morning. "For us, Turkey is a guarantor country for the entire Turkic geographies and the occurrence of such a thing was very tough. We kept telephoning Turkey. We have brothers, sisters, friends and relatives living in Turkey. It was a very difficult night and we were relieved after hearing the news that the soldiers surrendered at dawn," Musaoğlu stressed, adding that they felt as if the coup attempt had happened in Azerbaijan.

In addition to stating that he gladly accepted the offer to make a documentary, Musaoğlu said, "For me, July 15 means the night when Turkish people won a victory against death, as it does for Turkish people, and it can be assumed as one of the biggest victories of Turkish people after the Battle of Gallipoli. That is to say, people stood against a threat, leaving their houses, children and wives behind. For example, there was a woman who walked up to soldiers with her bag. I could not stand still and watch it. I was watching in tears. After seeing that courage and daring in that women, I thought I would have taken to the streets too if I had been in Istanbul."

Musaoğlu said he was proud that Azerbaijani people living in Turkey took to the squares on July 15. He said the Turkish side of the documentary was shot in Istanbul, Ankara and Malatya.

Malatya Film Festival Director Suat Köçer said that cinema is an art that has a penetrating impact on people. Emphasizing that cinema acts as a mirror, Köçer added, "July 15 is a very significant historical episode for our society and country. The Turkish people showed great heroism on the July 15 night. As a screen writer, I thought this should certainly be reflected in cinema and the opportunity to make this happen came up within the scope of this film festival."

Köçer stated that they would make a new documentary each year for this festival and continued, "We thought that we could make a new documentary each year on a significant matter that interests the entire society and the country so that we could create a festival recording and memory. Taking advantage of this opportunity, we wanted our first recording to be on the July 15 incidents and we chose July 15 as the theme of this year's documentary. From the time that I had visited Azerbaijan before, I remembered the sensitivity of both Azerbaijan [as a country] and Elçin Musaoğlu on this matter and made an offer [to film]."