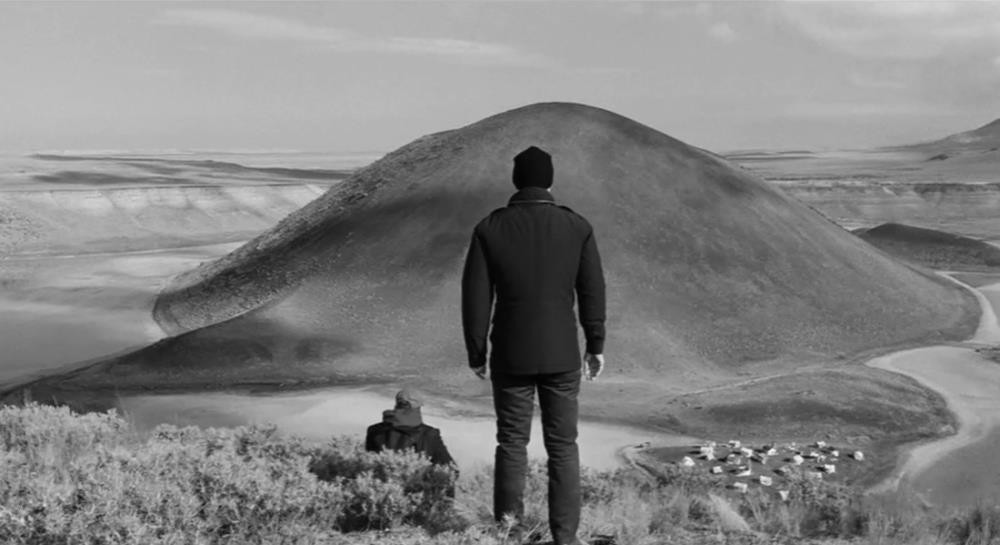 u201cGrainu201d focuses on the journey of two scientists, Cemil Akman and seed genetics expert Professor Suat Erin, to the forbidden dead soil.
by Daily Sabah with AA Aug 15, 2017 12:00 am

The 23rd Sarajevo Film Festival is hosting the world premieres of films by accomplished directors as well as support programs for upcoming films from Aug. 11 to 18 this year

Currently being held until Aug. 18, the 23rd Sarajevo Film Festival is continuing to make great contributions to cinema and the city of Sarajevo. The award-winning director of the "Honey," "Milk" and "Egg" trilogy, Semih Kaplanoğlu premiered his new film titled "Grain" as the opening film at the festival.

Produced in English over five years, the film had its premiere with the participation of the film's leading cast members. 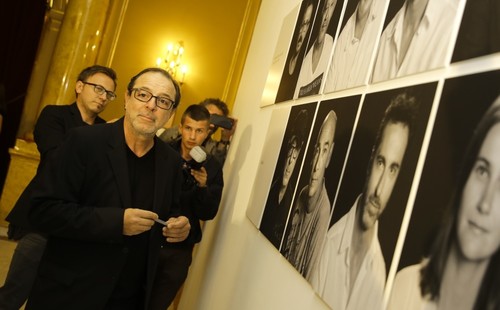 Shooting of the film was done in the U.S., Germany and Turkey and the film's director of cinematography is Giles Nuttgens. Co-produced by Turkey, Germany, France, Sweden and Qatar, "Grain" was filmed with the support of the Turkish Prime Ministry's Promotion Fund, the General Cinema Directorate of the Culture and Tourism Ministry, TRT and Galata Film.

"Grain" focuses on the journey of two scientists, Cemil Akman and Professor Suat Erin, an expert in seed genetics as they travel to the forbidden area known as the "dead soil."

Expanding beyond the boundaries of ordinary ways of expression, Kaplanoğlu tells a story that is inspired by Hızır (a Godsend and helper) and Moses, who are mentioned in Surah Al-Kehf in the Quran. The film has many references to Sufism and philosophical ideas.

During the press conference at the festival, Semih Kaplanoğlu said he does not consider his film to be "science fiction," explaining that people always ponder the future while forgetting the basic fabric of our lives. Kaplanoğlu said, "One of the problems in today's world is the way in which we make references to the future when talking. People have several pieces, they don't belong to their creations and their birth places but also they have many features. I tried to unveil these features." Leyla İpekçi, the film's scriptwriter and a columnist at Yeni Şafak, said, "We want to show that everything regarding carnal desires exist in nature."

Having participated in the screening, the ombudsman of Daily Sabah, İbrahim Altay, said "Grain" was the most touching and striking film screened at the festival. "I am still under the film's influence," he said, going on to emphasize his belief that the film will be talked about for years to come thanks to its scenes. Altay noted that there are many references to philosophical and cinematic figures in "Grain" as well, explaining: "The film presents a very vast frame of references in this sense." Altay stressed that the film has universal value, in terms of time and space. "The film is a kind of lesson by Semih Kaplanoğlu on how to make a film," he concluded.

TRT to sponsor a film

In the scope of the festival, Turkish state-run TV channel TRT is supporting one of those films, "A Good Day's Work."

The budget for "A Good Day's Work," the film chosen in line with the Sarajevo City of Film for the Global Screen project, will be supported by TRT.

A press conference was held with the participation of TRT General Director İbrahim Eren and Festival Director Mirsad Purivatra in the National Theater to announce the scope of TRT's support as a partner of the festival.

TRT will provide the entire 235,000-euro budget for the film "A Good Day's Work," directed by Slovenian Director Martin Turk.

TRT's general director expressed that TRT is pleased to be a participating partner in the festival, noting that the Sarajevo Film Festival is one of the greatest and most successful festivals held in the entire region. Eren went on to say that TRT aims to select the projects of directors that have the potential to reach the masses, to a greater extent.

Implying TRT is focusing on stories that have a global message, Eren said, "This project began last year and, now, we are taking on the production of a film. This is truly exciting for us. We hope that our partnership with the Sarajevo Film Festival will continue in the coming years, as well."

Festival Director Mirsad Purivatra stated that the Sarajevo City of Film for the Global Screen project has already created a tremendous effect on the region.

Emphasizing that the majority of applications received have come from countries in the surrounding region, Purivatra continued by saying, "The shooting of 'A Good Day's Work' is planned to start in October and will be finished by early next year. We hope that the film will be screened at the Sarajevo Film Festival in 2019."

Asserting that he is happy to have been chosen for the opportunity, Director Turk said, "I wanted to try something new. So, we decided to shoot the film in Sarajevo. This is a first for us in terms of this decision. We will work with Bosnian actors and actresses and I hope that we can make the film a success and that this will be a fruitful endeavor for everyone. It will be a very sincere and nice story."