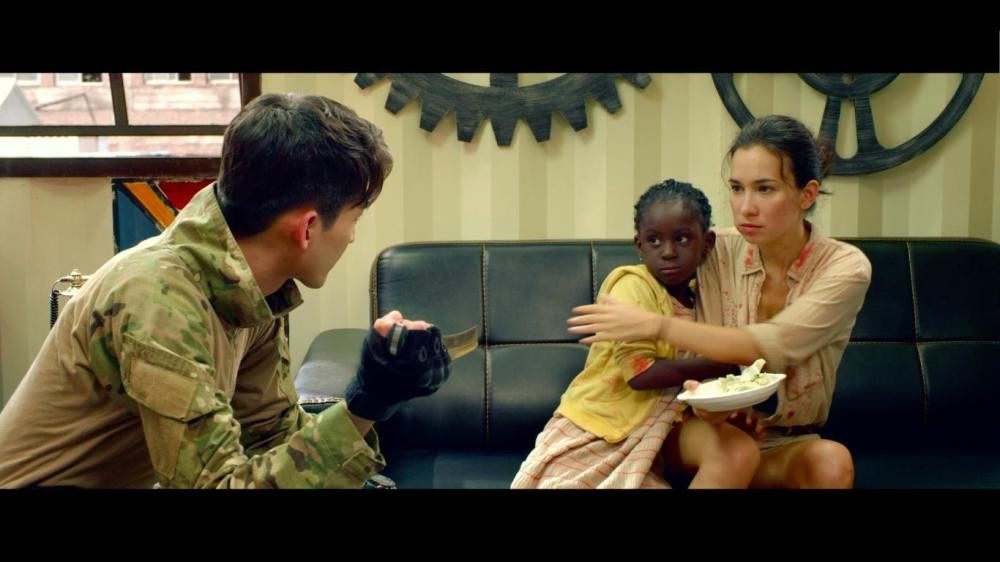 The flag-waving action movie's plotline of Chinese soldiers saving war-ravaged Africans from Western baddies has resonated in an increasingly self-assured China, and the film last week became the country's all-time top earner less than two weeks after its release.

The strength of those domestic receipts has now propelled the film onto industry monitor Box Office Mojo's all-time 100 list, where on Wednesday it knocked off 1994's "Forrest Gump" from the No. 100 spot.

But it looked likely to climb still further up the list, latest figures from the official China Movie Data Information Network said "Wolf" had already raked in 4.75 billion yuan ($710 million) in domestic sales as of Wednesday.

That would put it nearly another 10 places higher on Box Office Mojo's list, in the company of "The Twilight Saga: Breaking Dawn Part 1" and "Dawn of the Planet of the Apes."

With special effects, stunts and explosions worthy of Hollywood, "Wolf" boasts the ominous tagline "whoever offends China will be hunted down no matter how far away they are."

The movie is directed by martial arts expert Wu Jing, who also plays the lead role of Leng Feng, and a cliff-hanger ending sets the stage for a third instalment and another likely windfall.

"Wolf" is riding a wave of patriotic fervor whipped up by the ruling Communist Party. This summer has also seen the release of the film "The Founding of an Army," which chronicles the origins of the People's Liberation Army.

Wu said in an interview published Tuesday, "I've only taken a match and lit up people's patriotism with a spark."