Semih Kaplanoğlu on the inspiration behind Sarajevo Film Festival's 'Grain' 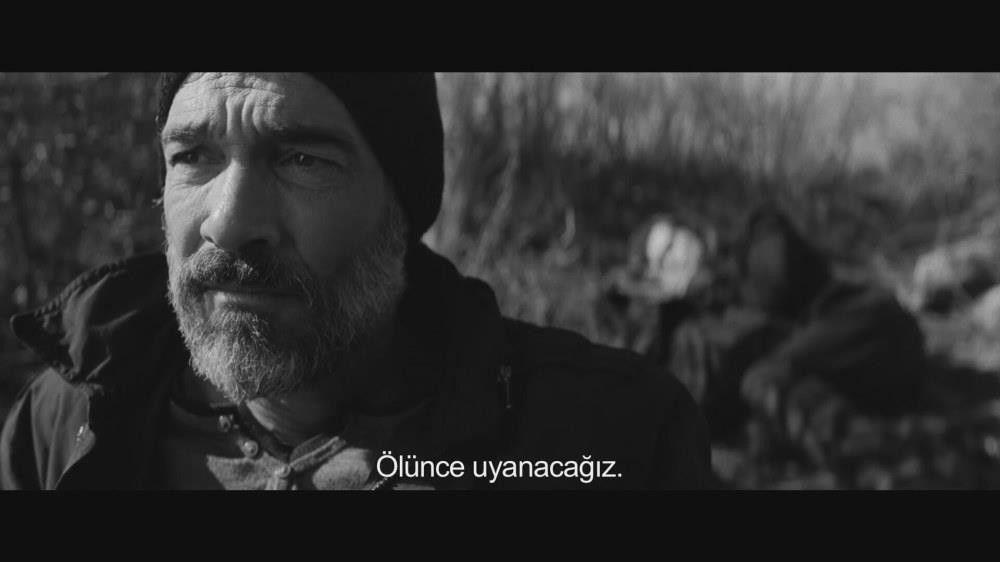 The film addresses discrimination against migrants, the separation of people according to genetic codes, the issue of climate change and genetically modified organisms (GMOs) in agriculture. (The subtitle reads ,We will wake up when we die,
by Anadolu Agency Aug 17, 2017 12:00 am

Semih Kaplanoğlu, the director of one of the most loved productions at the ongoing Sarajevo Film Festival, ‘Grain,' offered his insights into the wisdom of ancient Anatolia, that love is a common ground for humanity and expressing how the cultural treasures of Anatolia inspire him

Known for directing the "Honey," "Milk" and "Egg" trilogy, renowned film director Semih Kaplanoğlu participated in the premiere of his new film "Grain" at the 23rd Sarajevo Film Festival last Saturday. Enriched by many symbols and metaphors, the film, which is produced in English, was filmed in black and white color and shot in different cities across Turkey as well as the U.S. and Germany.

Speaking to Anadolu Agency (AA), Kaplanoğlu said there are many wise men in Anatolia and the ancient civilization of the region which is enlivened by the legacies of these men, adding: "It is surely beyond a doubt that we should rely on the wisdom brought to us through history while we are making films and trying to express ourselves through filmmaking. There are unexplored treasures in Anatolia. We need to reconsider this as a kind of reference point in every art form and in everything that we produce. The solidarity of Turkey has this soul. We have revealed this soul together on July 15." 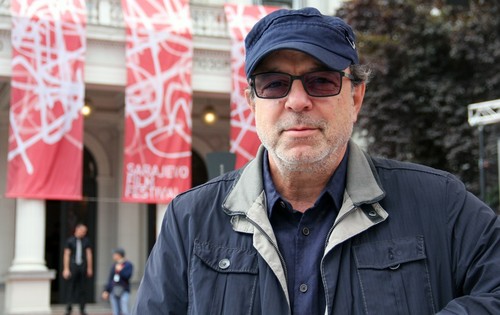 The director spoke about award-winning actress Saadet Işıl Aksoy, who was awarded Best Actress at Sarajevo Film Festival in 2007 for her role in "Egg," adding that the festival left him with very good memories.

Drawing attention to the events taking place at the festival, Kaplanoğlu continued on to say: "Sarajevo was always very important for me because of its history, the resilience of its people and the way its people express their steadfastness through art, culture and their Ottoman heritage. There were many alternatives and invitations for this premiere. I especially wanted Sarajevo among them. I think, Sarajevo is the best place for the growing and the harvest of 'Grain.'"

'Grain' first of its kind in film industry

Pointing out that he has visited many countries and various cities to create the world in the film, Kaplanoğlu said he decided to film the scene of a destroyed civilization in the U.S. city of Detroit, Michigan and the Ruhr region of Germany.

Explaining that the scenes that were filmed in Turkey were done around Kayseri, Kaplanoğlu said they focused on examining how the basis of future problems is being laid today. He also said that discrimination against migrants, the separation of people according to genetic codes, the issue of climate change and genetically modified organisms (GMOs) in agriculture are other important topics addressed in the film.

Kaplanoğlu implied that there are many award-winning artists in the film. "There are foreigners on our crew. We had the chance to work together with professionals that have worked in some of the most important films of the world. We have made a multinational structure but the point here is to reach a union out of the multitude. As long as humanity doesn't change itself in the midst of the current chaos, the world won't change. What is inside us is actually what is on the outside. In the film, the journey of Moses and Hızır [Godsend Helper] parable of Surah Al-Kehf is given. We try to transfer our story to the screen staying faithful to this parable with Islamic philosopher İbn Arabi's input. Thus, the film is the first of its kind in this context. This is a first for me and I think a first also for our films. This is why it has taken five years to make the film."

"Nearly all the people know English or they can speak a language at least. Can we communicate? Have we communicated better in the past? The languages we speak aren't an effective way to communicate. Actually, we have a lovelessness within us. As long as this isn't lost, we can unite even if we always speak the same language and listen to or watch the same stories. Therefore, we should remember that there is another language above ours - a universal one - and we should prove and show it in our daily lives. I think that art is a way of expressing that language," Kaplanoğlu said.

Implying that the Ministry of Culture and Tourism, the Promotion Fund of the Turkish Prime Ministry, ZDF, Arte TV, the NRW Fund and the French Cinema Fund from Europe have supported the film, Kaplanoğlu said: "If I give 'Honey' as an example, the film is still being screened in some theaters and on TV in some places. Some films are long-running. The film is reaping the fruits of our efforts slowly. I think 'Grain' also has these qualities. There are many countries that want to buy the film. 'Honey' has been sold to more than 40 countries. I hope 'Grain' also will have this optimistic future. I find this long-term outcome more important than the cost because we sometimes can't reap the benefits of what we have done in this world."

Shot in partnership with state-run Turkish TV Channel TRT and Galata Film, "Grain" is competing with six other films from different countries in the category of feature films at the 23rd Sarajevo Film Festival, which is being sponsored by TRT