Crime and Punishment in Argentinian cinema 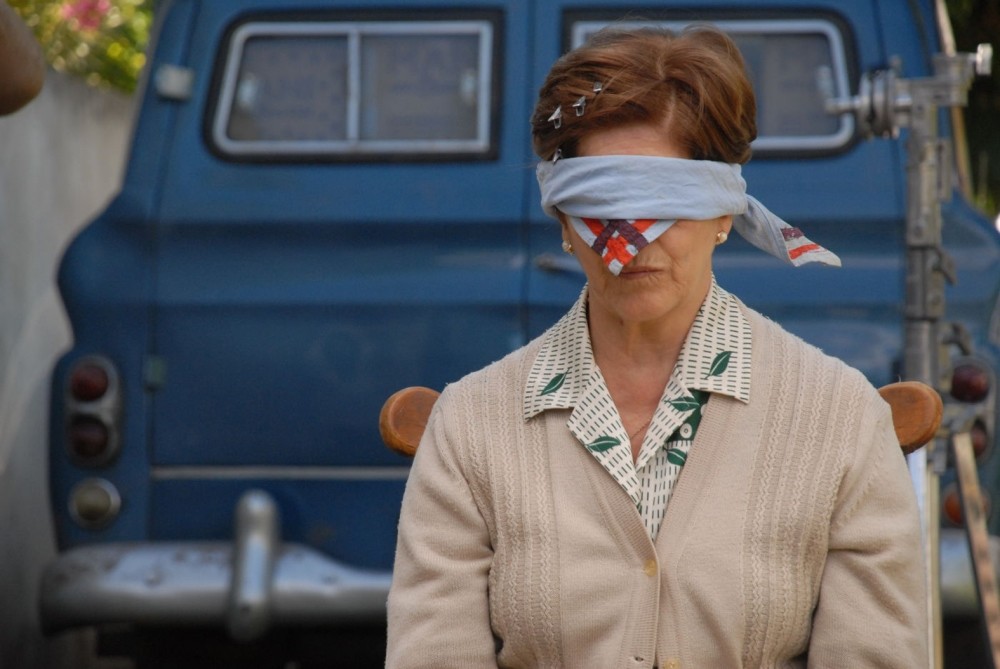 Inherent in human nature, violence is triggered by various causes, appears in various forms, and is now the focus of the new Argentinian film selection of Pera Film, "Crime and Punishment"

Pera Film is welcoming the new season with crime movies from Argentina in collaboration with the Argentinian Consulate General. The program titled "Crime and Punishment: Argentina Tales," offers a selection of real stories that have shaken the country's agenda and real or non-fiction crime and criminal stories.

Personal matters that have leaked through the cracks of human psychology and evolved into crimes, dark gangs arising due to the political mood of the country, cold-blooded killers, genius criminals who managed to run away from punishment for years and many more are featured in the films.

Movies capture the tendency of violence found in human nature, social and psychological factors that abet to commit an offense, ego clashes and mind games played between criminals, the escapees and those trying to catch them, the chasers, various tense and action-fueled clever narratives. This crime movie program offers various spectacular, award-winning movies and is a salutation to the Argentinian actor Ricardo Darin, who stars in most of them.

Still from "The Headless Woman."

Approximately 8,000 people lose their lives in car accidents each year in Argentina. While causing pain to many, these accidents mean only one thing for the corrupted dark order: Money. Although he seems to thrust out a hand to those in need, Sosa, a lawyer specialized in crime with a dark past, is a "Carancho," a vulture just like the name of the movie suggests. Lujan on the other hand is an idealist doctor who is new in town. They cross paths when one is trying to set up a new life for her while the other is out looking for his prey. Directed by Pablo Trapero, "Carancho" was selected as the best movie of the year by the Argentinean Movie Critics Union.

Another movie in the program is "Nine Queens," which has been adapted to Hollywood as "Criminal" in 2004 and also to Indian cinema three times and stars Gaston Pauls, Ricardo Darin, Leticia Bredice and Tomas Fonzi. A partnership in crime is born when a conman is saved by another with a very shrewd tactic from the hands of the police as the duo will be heading towards a much larger business. Marcos and Juan set their mind on selling the forgotten set of valuable stamps called "Nine Queens." This breathtaking crime story, where it becomes blurry who is conning whom, introduces cunning characters, thieves, pickpockets and conmen to the audiences and has already become one of the classics of Argentinean cinema.

The neo-noir psychological thriller, "The Aura" depicts the dark journey of an ordinary man whose dream has been the perfect heist for all his life. Esteban, who accidentally murders the owner of the cabin he rented in the woods with his friends for hunting, realized that the owner was planning on a clever robbery with every detail in place. "The Aura," in which fantasies turn into realities and dreams turn into nightmares, brings together Fabian Bielinsky, who rose to fame for "Nine Queens," another movie in this selection, with Ricardo Darin. 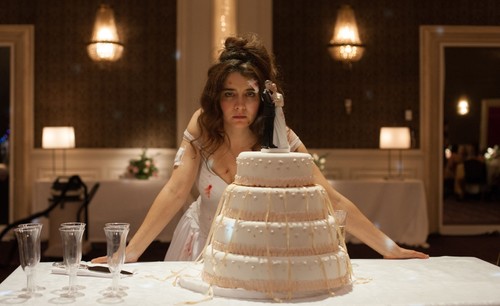 It's 1977. Argentina is under the control of military dictatorship. A pilot and navy captain, Koblic finds himself in a dilemma: either dropping the political offenders to the water like it was ordered or defy orders and leave his life as a fugitive. Listening to his conscience, he decides to live the rest of his life in a small town in the south of the country yet his past keeps haunting him. "Koblic," a modern Western, where the violence and conscience in human nature clash, is another great movie in Ricardo Darin's filmography.

"The Man Next Door" is another gem of Argentinian cinema that Turkish cinema lovers may enjoy. It all starts with a sledgehammer crushing the wall that divides two houses. On one side of the wall, we meet Leonardo, a designer who lives in a luminous house with glass walls. Living on the other side of the wall is Victor, a car salesman whose house is as dark as his life. Tension increases as Victor insists on opening a window on the dividing wall, while Leonardo insists on protecting his privacy and becomes more and more inextricable. "The Man Next Door" is directed by Mariano Cohn and Gaston Duprat, who directed the acclaimed comedy "The Distinguished Citizen" last year.

Directed by Juan Jose Campanella, "The Secret in Their Eyes" is another movie that shouldn't be missed in the program, as it became the second most watched movie in the history of Argentina and won the Best Foreign Language Film Oscar award, the second time for the country.

Set in 1999, newly retired federal agent Benjamin Esposito is stuck in the 1970s. He tries to turn his obsession, an unsolved rape and murder case that became his obsession, into a novel, while at the same time trying to solve this mystery. Past crimes and secrets are revealed one by one at a fast pace, while we realize that this obsession is the result of an uncompleted love story in the past.

"Clandestine Childhood" takes us to the 1970s in Argentina under military control and introduces 12-year-old Juan's family who had to live away from their homeland for years like all other opponents of the regime. As they are in constant doubt whether they are being followed by the government, they live on a knife's edge and frequently change places and names. Juan is also affected by this tense life as he is known as Ernesto among his school friends. Starring Natalia Oreiro, who is famous for her roles in soap operas, "Clandestine Childhood" is the touching story of Juan who needs to give up on his childhood to help his parents survive.

Stories of people, military and the revolutionaries intersect in a mummified corpse during the turbulent years in Argentine politics during the 50s. The corpse that is protected with love, respect and devotion, which may be the cause of many rebellions and was kidnapped and kept hidden by the military, belongs to the beloved first-lady of the country, Eva Peron. With three magical and fairytale-like narratives, the movie bringing together famous international stars including Gael Garcia Bernal and Denis Lavant stands out with its experimental direction as well.

An anthology with six astonishing short stories that express the rage and violence of human nature, "Wild Tales," is the genius movie of Damian Szifron, which brought Argentina a nomination in the Best Foreign Language Film category at the Oscars.

A group of people on a plane brought together by coincidences consisting of a pawnbroker who stops by a restaurant, two drivers who test each other's limits, a demolition expert who is trying to make it to his daughter's birthday on time, a teenager who hits and runs with the car he hijacks from his father and a newlywed couple. Each of their lives changes with a sudden spark of rage and the story evolves in unimaginable ways.

In a remote highway away from the city in Argentina, it is hard to see anything but poor children playing on the streets and stray dogs. Veronic is pretty sure that she has used this highway before, but is not sure whether she hit a child or a dog. Instead of stopping and trying to help, she goes to the hospital to get X-rays and spends the night in a hotel. She says she's in shock. When she finally recovers, she decides to go back to the scene and check the newspapers.

Starring Maria Onetto, Claudia Cantero, Ines Efron, Cesar Bordon, Daniel Genoud, Guillermo Arengo, Mara Vaner and Lucrecia Martel in the director's seat, "The Headless Women" depicts the psychological crisis of a middle-aged woman who is crushed under a crime she is not even sure she committed.