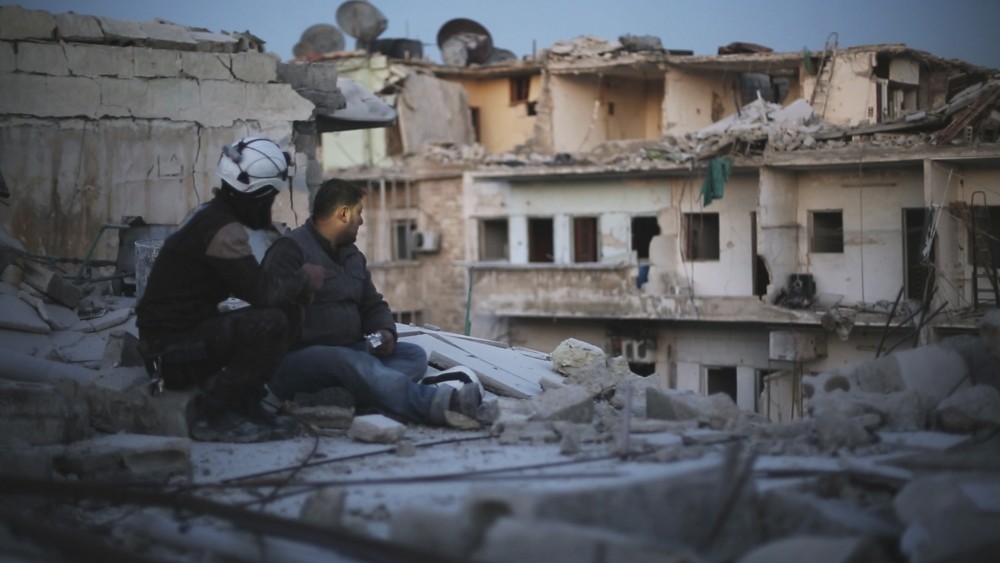 As the 15th Istanbul Biennial continues at various venues, until Nov. 12, Istanbul Modern is presenting a parallel film event that focuses on the theme of ‘neighborhood,' in line with the biennial's motto ‘a good neighbor'

Istanbul Modern Cinema is presenting a film program in tandem with the 15th Istanbul Biennial under the theme of "a good neighbor," today until Oct. 1. The program focuses on the concept of the neighborhood and sheds light on sharing the neighborhood area with others, walking on the same streets, being a good next-door neighbor and standing in solidarity with others while resisting outside forces.

The program's selections include the "America Square" ("Plateia Amerikis"), which depicts a dramatization on European immigration by amateur director Yannis Sakaridis from the contemporary European film industry, Pedro Costa's "Colossal Square" ("Juventude en Marcha"), the latest in the Fontainhas trilogy about a now-demolished neighborhood of Lisbon, "My Neighbor Totoro" ("Tonori No Totoro") by Hayao Miyazaki, which tells of the fantastic relationship between the Satsuki and Mei brothers with the magical warden of a forest and the Argentinian film "The Distinguished Citizen" ("El Ciudadano Ilustre"), which tells of a Nobel prize-winning author who returns to his local neighborhood 40 years after having left. 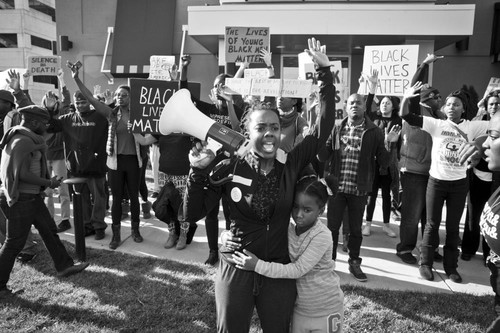 Still from the film "Whose Streets?"

On the other hand, the film "A Man Called Ove," directed by Hannes Holm and featuring Rolf Lassgard, Bahar Pars and Filip Berg, tells the story of Ove, a cranky, stubborn and lonely man who follows a very strict daily routine. Not only does he believe that his neighbors are useless, but he also has no reservations in telling them this. When his new next-door neighbor hits the mailbox, his life unexpectedly changes and an unexpected friendship begins. A film adaptation of the Fredrich Bachman novel, this warm, touching film will warm viewers' hearts with its humorous narrations.

Directed by Yannis Sakaridis, the film "American Square" ("Plateia Amerikis") tells the story of the refugee crisis in Europe through the eyes of a Greek nationalist Nako, a nearly 40-year-old man who lives with his parents and is unable to find a job. The American Square is one of Nako's favorite places and the film kicks off with Nako comparing himself to the vast number of Greeks and foreigners who live in his apartment building. He uses an extraordinary method to lower the number of refugees and stirs up trouble. Winning the FIPRESCI award at the Thessaloniki Film Festival, "The American Square" takes a dynamic, passionate look at the refugee crisis, which has become one of the most popular topics of focus for both the film industry and other sectors in recent years.

The film "One Floor Below" ("Un Etaj Mai Jos") is a selection which introduces the character Sandu, whose only aspiration in life is to live in solitude and die alone. One day, Sandu hears the sounds of a fight coming from the floor below his home - a fight which gave the film its title. Upon learning that a murder was committed in his apartment building, Sandu realizes that he was the only resident to witness the murder and embarks on a journey to expose the murderer. Directed by Radu Muntean and nominated for the Honorable Mention award at the Cannes Film Festival, "One Floor Below" successfully keeps you on the edge of your seat throughout the entire film.

Directed by Mariano Cohn and Gaston Duprat, "The Distinguished Citizen" ("El Cuidadano Ilustre") focuses on Daniel, an Argentinian author and winner of the Nobel Prize for literature who has lived in Europe, far away from his hometown, for 40 years. Mostly inspired by the people of his hometown and the lives they live, Daniel receives an offer to accept the "The Distinguished Citizen" award in his town of Salas and his response initiates a chain of tragicomic events. First, he is praised as a folk hero but his snobbish attitude quickly incites antipathy among the other locals. A comedy about community that never ceases to be funny, the movie looks at life in a small town from the point of view of a person who is used to living an urban life. 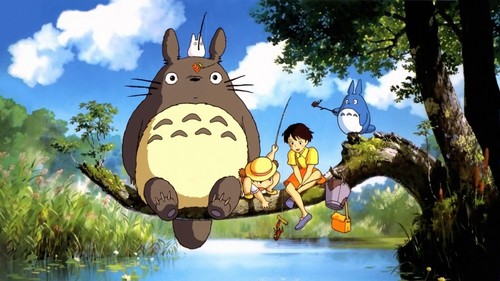 Sabaah Folayan's and Damon Davis's "Whose Streets?" is a striking documentary that depicts the protests that took place in the town of Ferguson in St. Louis after an unarmed African American young man is killed by the police, told from the perspective of activists and ordinary citizens turned activists. This production does not include the views of the police or other authorities and instead displays the feelings Ferguson residents experienced and how they resisted authorities, not for equal rights but for survival.

On the other hand, film director Ulrich Seidl describes the daily lives of people who share the same environment but are indeed different individuals with a bold and harsh tone in "Dog Days" ("Hundstage"). Starring Maria Hofstatter, Erich Finsches and Gerti Lehner, the movie takes us to a suburb in Vienna where loneliness, hopelessness, stagnation and lack of communication reign. The story tells of a teacher who is left in a desperate state, a private detective, a couple with marital problems and an old man who lost his wife years ago, all of whom cross paths with the arrival of a hitchhiker in their neighborhood.

Director Pedro Costa focuses on the new and enforced lives of local residents who are forced to live in a new neighborhood after their old neighborhood Fontainhas in Lisbon is demolished, in the film "Colossal Youth" ("Juventude Em Marcha"). Ventura, who is just one of the residents who had to move, is abandoned by his wife and passes his days by visiting his neighbors who are struggling to survive. The last movie in the trio of Costa on Fontainhas touches upon the effects Portugal's Clove Revolution had on one of the poorest neighborhoods of the country, shedding light on the lives of people who are stuck between the past and the present.

The anime master Hayao Miyazaki's "My Neighbor Totoro" ("Tonari No Totoro") is a heart-warming, fantastic family drama. Satsuki and her younger sister Mei convince their father to move to the suburbs to be closer to the hospital where their mother is hospitalized. After a while, they realize that they are neighbors with the cute and magical forest spirits. Totoro, a big hairball who appears and cheers up the two girls who are sad due to the illness of their mother, will draw them into a magical adventure.

The selection also features "Perihan Abla" ("Sister Perihan"), starring famous Turkish actors and actresses including Perran Kutman, Şevket Altuğ and Ercan Yazgan, is a TV series that depicts the neighborhood culture of Turkey, which was nearly obliterated at the end of the 1980s, as well as solidarity and gossip. A major contribution to the rising popularity of the Turkish TV series culture in the country, the series is about the impossible love between Sister Perihan, who runs to everyone's aid in the neighborhood, and Şakir, who is desperately in love with her. It also includes interesting characters such as the curious Melahat, who is desperate to find out everything that is happening in the neighborhood. The first two episodes of the series will be screened at the event.

Cinema fans will also be able to watch "The Last Men in Aleppo" ("De Sidste Maend I Aleppo"), which won the Grand Jury Prize in the documentary film category at the Sundance Film Festival. It focuses on members of the White Helmets, Khaled, Subhi and Mahmoud, who volunteer to rescue people from the destruction in Syria. Filmed between 2015 and 2016, this documentary follows the unfolding of problems encountered by this trio, who never considered leaving their native Aleppo where innocent civilians are constantly under attack. Reflecting extraordinary courage to the screen, "The Last Men in Aleppo" depicts the Syrian conflict that is reshaping our world.

Depicting one of the most disturbing faces of the slums, Khavn de la Cruz's "Mondomanila" is a shocking documentary that follows people through some of the toughest neighborhoods of Manila, while depicting poverty, injustice and violence faced by the outcasts of society, employing a cruel yet humorous tone.