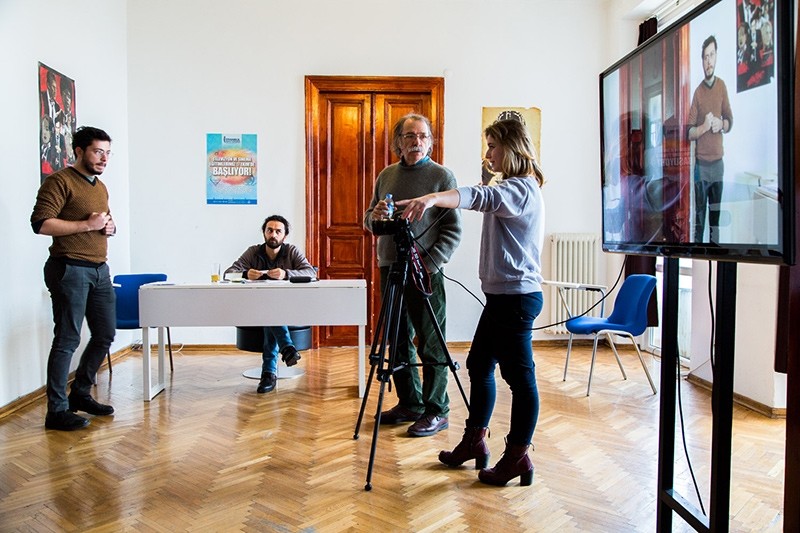 One of the most distinguished film schools in the world, the Vancouver Film School (VFS) will cooperate with Istanbul Media Academy and provide educational opportunities for some students as a part of a workshop that will be held by the two institutions, Anadolu Agency reported Thursday.

Under the scope of the collaboration, VFS lecturers will meet with film students in Istanbul. The meeting will reportedly take place in Istanbul Media Academy and the training is expected to be given on November 4-5.

On the first day of the workshop, the participants will be trained in courses teaching them how to create a successful and impressive movie. The elements of storytelling, scripting, bases of acting and directing will also be taught, AA reported.

The Istanbul Media Academy stated that applications for this training will end on October 25th, while interviews will be on October 30-31.

The Istanbul Media Academy, which has developed educational models in the field of media, cinema and television, aims to bring its students closer to international standards through international collaborations. Students who will be granted educational opportunities, and will have a chance to attend lectures held by world-renowned cinematographers.

Beside this workshop, VFC is also taking part in International Boğaziçi Film Festival November 17-26. Winners who claim top prizes in various competitions that will be held during the festival will also be granted scholarships by the VFC.

The Vancouver Film School is a private entertainment arts school located in Vancouver, Canada. Founded in 1987, it has achieved international recognition and respect.