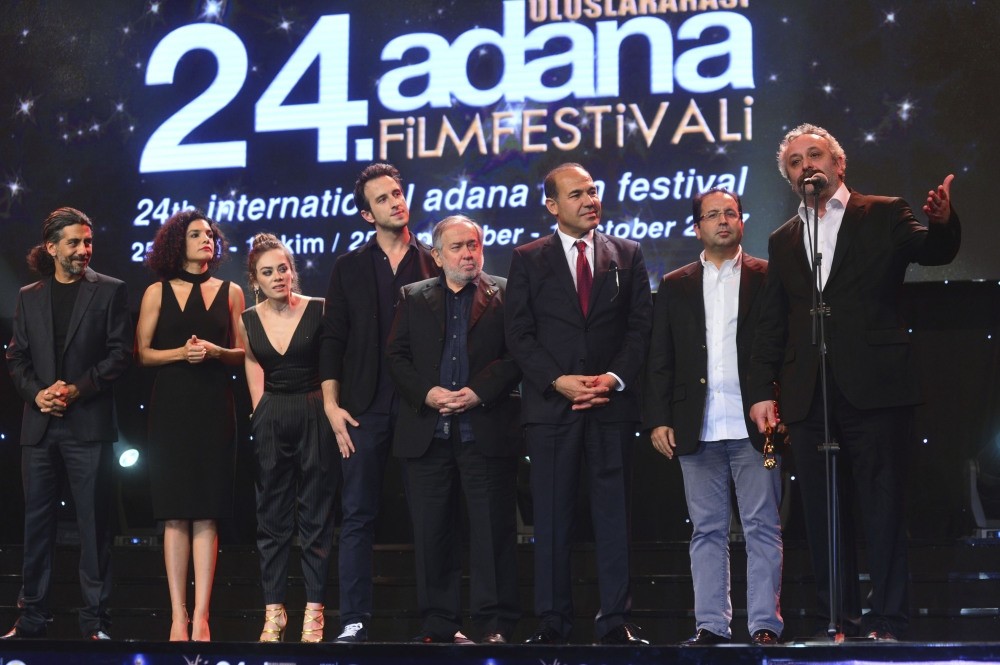 The Best Movie Award at the 24th International Adana Film Festival was given to "Aşkın Gören Gözlere İhtiyacı Yoktur" ("Love doesn't need eyes that see"), created by the famous Turkish director Onur Ünlü, while the Outstanding Male Performance in a Leading Role award went to Fatih Artman for his role in the same film. Başak Köklükaya won the award for Outstanding Female Performance in a Leading Role for her role in "İşe Yarar Bir Şey" ("Something Useful").

The grand award ceremony for the Adana Film Festival took place in the Congress Center of Çukurova University with about 2,000 people in attendance. The ceremony started with the arrival of famous actors and actresses who dazzled in glamorous outfits on the red carpet.

Presented by Ayşe Arman and Meltem Cumbul, the ceremony screened short movies promoting the festival, and then short movie awards were presented. In addition, awards were given to those who won in the Adana Film Marathon's Short Movie Competition and the International Feature Film Competition.

The award for Best Movie Score went to Mustafa Biber for "Buğday" ("Wheat") and Naz Erdağ won Best Art Director for the same film. "Kar" ("Snow") won the award for Best Editing won by Ayris Alptekin, while Hazar Ergüçlü won the Türkan Şoray Most Promising Young Actress award for the same movie. The award for Outstanding Male Performance in a Supporting Role was presented to Ahmet Varlı for "Taş" ("Stone"). The Jury's Special Prize went to Emre Yeksan for "Körfez" ("Gulf"), while the Most Promising Young Actor award was presented to Hayat Van Eck for his performance in "Daha."