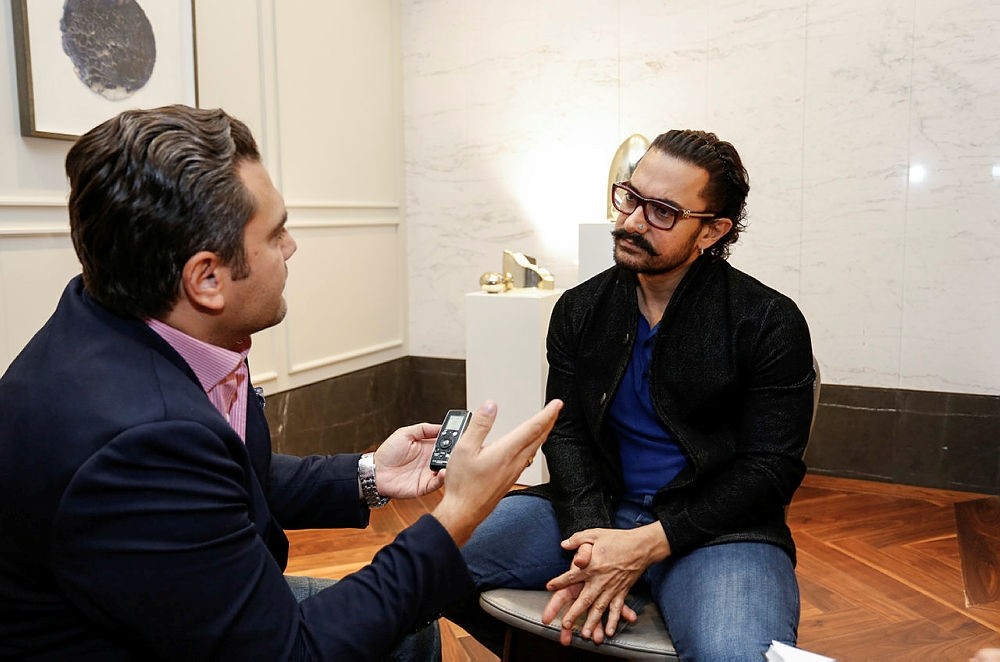 Indian actor Aamir Khan said his upcoming film Secret Superstar is a "step in the right direction" towards gender equality.

"I feel that women have not been given the equality they deserve," Khan told Anadolu Agency in an exclusive interview on Wednesday.

The 52-year-old actor arrived in Turkey on Wednesday on a special invitation from the Culture Ministry. During his time here he will promote his latest movie set to release worldwide on Oct. 20.

"I think it is not just Turkey or India. All across the world, historically, for many years now, half of the population has always had a secondary position," he said.

Khan plays a music director in Secret Superstar, which tells the story of a 14-year-old girl who pursues her dream of becoming a singer.

"Whether it is a girl or boy, or a man or a woman, there should be complete equality and equal opportunities should be available to everyone," he said.

"So that is something very important to me. I believe in equality for everyone, [it] does not matter what race or religion."

"We all have the same feelings whether I am a man or woman. I hope that this film takes a step in the right direction."

The Bollywood star expressed hope that his film will receive a positive reaction in Turkey.

"I am going to be here for the next four days and I will be interacting with my fans in the cinemas and theaters. I will be talking to them."

"I have tried to arrange many interactions with people so that I can actually have a conversation with my fans, get to meet them and talk to them," he added.

When asked for his thoughts on recommendations by Turkey's Education Ministry to show some of his films to students, Khan said: "I am really happy to know that. I have done two films specifically which are dealing with education".

One of them is 'Taare Zameen Par' [Stars on earth], which tells the story of a dyslexic child, who has difficulties doing spelling and math. The second movie '3 Idiots' deals with the dreams and aspirations of university students.

It was India's highest grossing movie until his 2016 sports drama Dangal was released.

Also talking about his 2001 epic-sports drama film Lagaan which was nominated for an Oscar award, Khan said: "I wasn't expecting that."

Lagaan is set in the times of India's colonial British Raj, where a group of villagers accept a challenge to a game of cricket to escape taxes levied on them by arrogant British officers.

Khan, who will be leaving Turkey on Saturday, said he would like to know more about Turkish history and culture: "While I am here I am going to collect a lot of books which I will take back with me and learn more about [Turkey]."