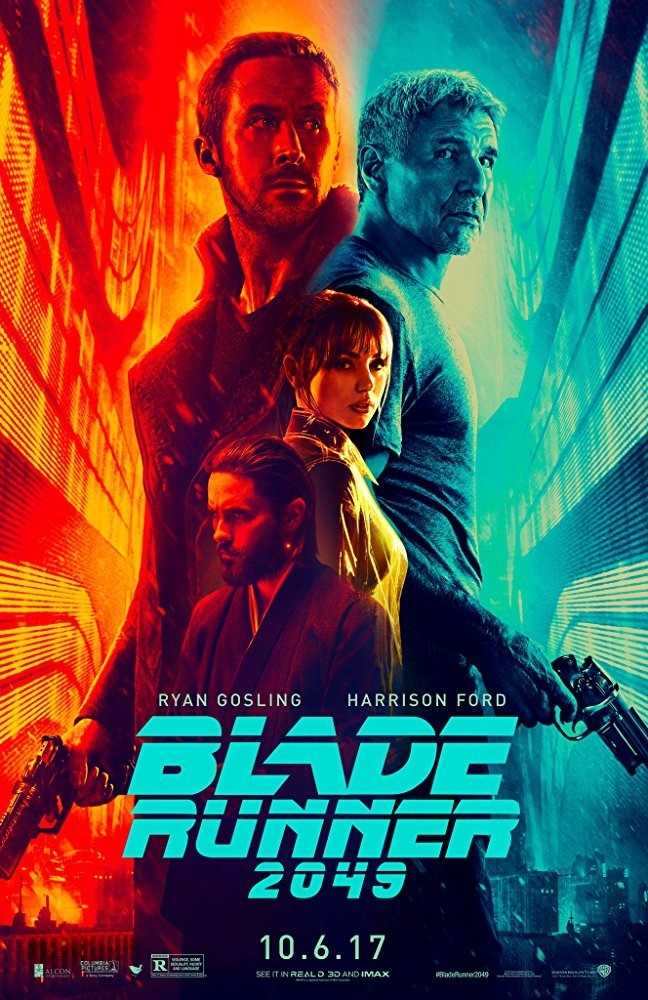 Directed by Denis Villeneuve, "Blade Runner 2049" is a sequel to Ridley Scott's 1982 science-fiction classic. The film, which stars Ryan Gosling, Harrison Ford, Jared Leto, Ana de Armas, Robin Wright, Dave Bautista, Mackenzie Davis, Barkhad Abdi and Lennie James, tells the story of an official in the Los Angeles Police Department, young blade runner, who discovers a long-buried secret that has the potential to plunge what's left of society into chaos, leading him to track down former blade runner Rick Deckard, who has been missing for 30 years.

"Babam," which features Çetin Tekindor, Melisa Şenolsun, Berker Güven, Erkan Kolçak Köstendil, Cezmi Baskın, Seray Gözler, Ali İhsan Varol and Ebru Şahin, was written and directed by Nihat Durak. It tells the story of a father, Yusuf, a man traumatized by the death of his wife, who only has Arif, his mentally disabled son, in his life. While he tries to sustain his canned sardines company, he must deal with Arif, whom he has never totally accepted. Feride, who started to work in the company because she cannot find a job as a teacher, changes everything. After she starts taking care of Arif, Yusuf is affected deeply, and his perspective on himself and his environment changes.

Directed by İsmail Güneş, "Kervan 1915" stars Murat Han, Ayşe Akın, İbrahim Kendirci, İpek Tuzcuoğlu, Fatih Ayhan, Ali Kemal Yılmaz and Meriç Başaran. Written by Güneş, the film tells the story of Armenians who have to migrate due to the threat that they supported Russians that entered Ottoman lands in World War I.

Rebel in the Rye

Directed by Danny Strong, "Rebel in the Rye," which stars Nicholas Hoult, Zoey Deutch, Kevin Spacey, Sarah Paulson, Lucy Boynton, Victor Garber and Hope Davis, focuses on the life of J.D. Salinger, who breaks the rules of American literature and redefines it.

Directed by Xavier Gens, "The Crucifixion" is about a journalist investigating a priest who is thought to have killed someone during an exorcism. Written by Carey Hayes and Chad Hayes, the film stars Sophie Cookson, Corneliu Ulici, Brittany Ashworth and Matthew Zajac.

My Little Pony: The Movie

Directed by Jayson Thiessen, this animated film tells of the ponies' journey beyond Equestria where they meet new friends and face exciting challenges to save their home from Tempest. The voice actors are Emily Blunt, Zoe Saldana, Lev Schreiber, Kristin Chenoweth and Michael Pena.