'Ayla: The Daughter of War' prescreened in Turkey 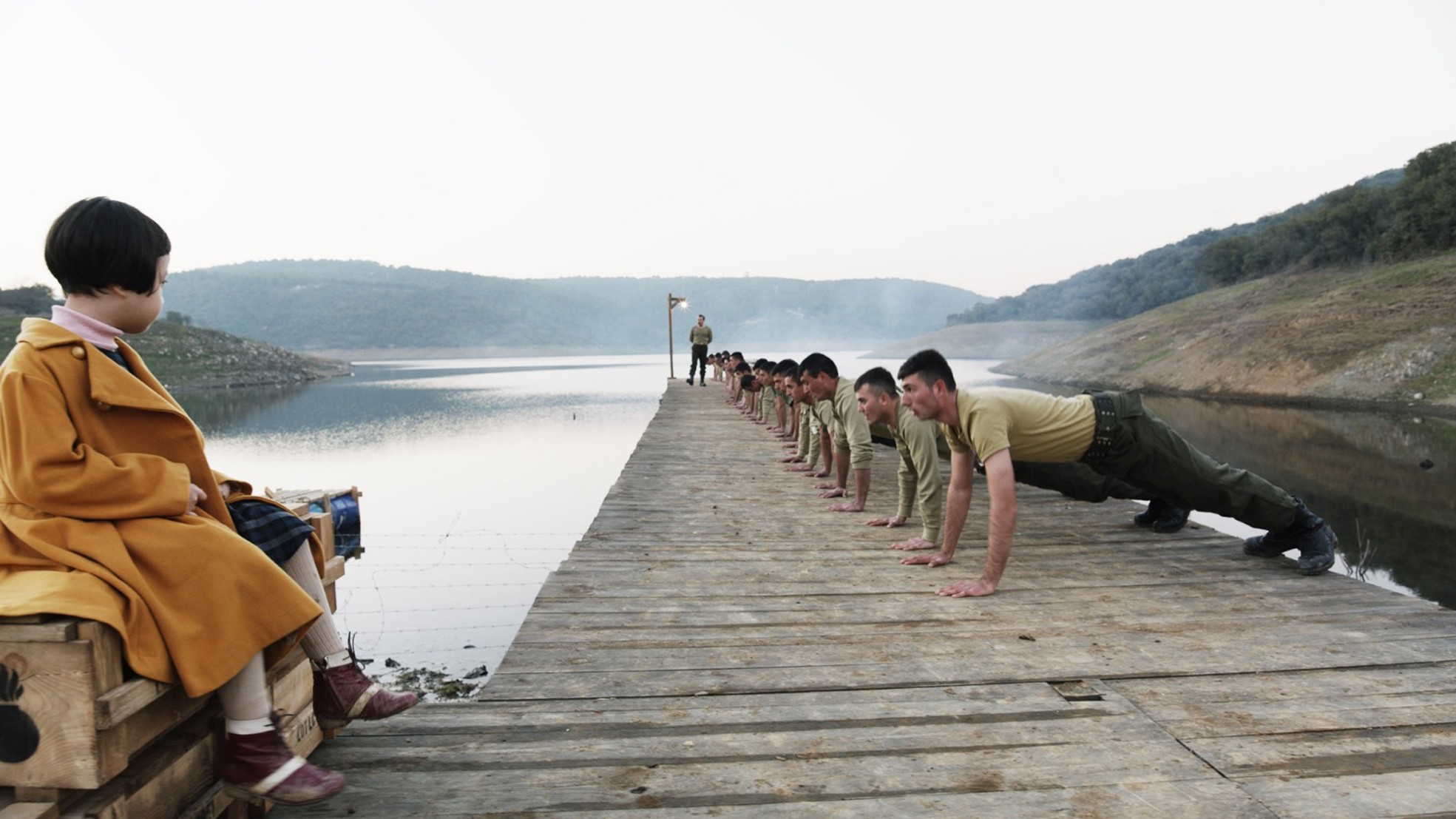 "Ayla: The Daughter of War," a film about the friendship between Turkey and South Korea, was prescreened for the first time in Turkey at Grand Pera Emek Movie Theater by the Beyoğlu Municipality on the 60th anniversary of friendship between the two countries. The film tells the story of Turkish Sergeant Süleyman Dilbirliği, who enters the Korean War in 1950 and looks after a Korean girl as if she is his own daughter throughout the war.

Speaking at the event, Beyoğlu Mayor Ahmet Misbah Demircan implied that the most important creation of Turkish civilization is the Turkish language, and he said, "Our proverbs and idioms, which reached today through being preserved for thousands of years, are perfect, magnificent and effective as much as real life is for us."

Referring to the friendship between Turkey and South Korea, Demircan added: "This friendship can be summarized with two Turkish idioms. The first is 'Kara gün dostu olmak' [meaning: Being a friend who rushes to help in case of any need]. We are friends in need together with South Korea. A huge legend is hidden in this friendship. The other is 'Yiğit kavgada belli olur' [meaning: You see who is brave or not while fighting]. We have witnessed each other's bravery. Not only did we fight together against the enemy, but we also made a brotherhood that will last for many years. Many experiences are hidden in this sentence, too. Our sons crossed miles of roads and paid their friendships generously to the Korean public on rainy days."

"We are against cruelty in any way. We won't lose this perspective until peace rules over the entire world because war is the worst thing created in the history of humanity. It is a human duty that we should be sensitive to the sufferers of war," said the mayor, adding that Turkish people are friends of all oppressed people in the world.

Cha Young Cheol, the consul-general of the Republic of Korea to Istanbul, said South Korea's Soengbuk Municipality signed a "Treaty of Friendship" with the Beyoğlu Municipality in March 2012.

Explaining that Turkey and South Korea have supported each other culturally and economically for 60 years, Cheol added, "2,500 Koreans live in Istanbul as friends of Turks nowadays. Besides, there are 110 Korean companies there [in Istanbul]. These Korean companies have an important role in Turkish infrastructure projects. Korean companies have also constructed the Yavuz Sultan Selim Bridge and the Eurasia Tunnel, and they are constructing the Çanakkale 1915 Bridge now."

The mayor of South Korea's Seonbuk Municipality also spoke at the premier of the film.

Istanbul Governor Vasip Şahin, Istanbul Provincial Director of Culture and Tourism Coşkun Yılmaz, veteran Süleyman Dilbirliği, who is the subject of the film, the actresses and actors of the film, including Kim Seol and İsmail Hacıoğlu, attended the prescreening along with many famous actors and actresses from the cinema world.

Directed by Can Ulkay, the biographical drama "Ayla: The Daughter of War" premiers Oct. 27.