Written and directed by Advait Chandan, "Secret Superstar" opens this week. Starring Bollywood stars Aamir Khan, Zaira Wasim and Meher Vij, the Indian drama tells the adventure of a young girl named Insu who wants to fulfill her dream of becoming a singer. 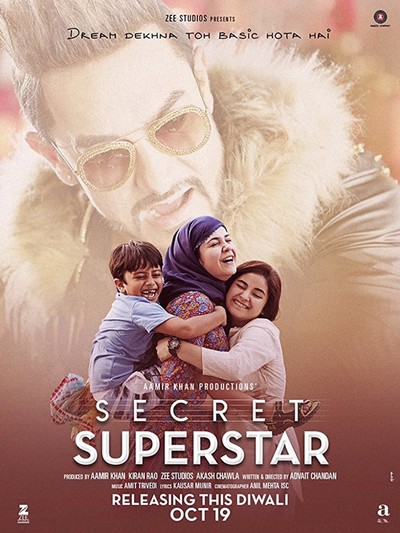 Directed by Doğa Can Anafarta, "Damat Takımı" details the funny series of events after one of five close friends, who have known each other since high school, decides to marry.

Directed by Toby Genkel and Reza Memari, the animated film, "A Stork's Journey," also known as "Richard, the Stork," tells the story of Richard, a sparrow who thinks of himself as a stork, and his adventure to Africa to prove himself to a stork family.