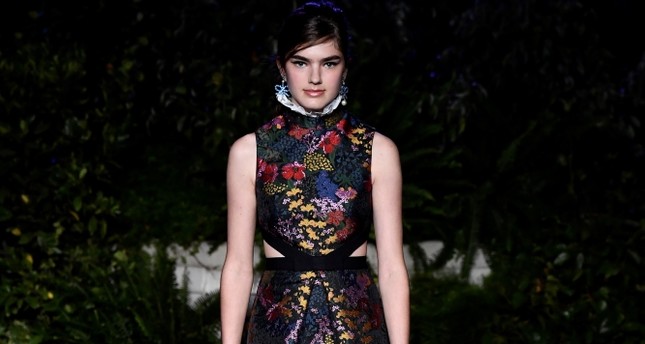 A piece from the ERDEM X H&M collection

As always, the city of angels, Los Angeles, is full of newness. Fairs, exhibitions, festivals, fashion shows and newly opened venues… Especially after a direct flight on Turkish Airlines from Istanbul, going to Los Angeles with a single flight is pretty easy and comfortable. This week, we explore art developments about Turkey taking place in Los Angeles, U.S.

The first Hollywood Turkish Film Festival was held on Oct. 20-22. Turkish reporter Barbaros Tapan has worked in the U.S. for more than 20 years, is a member of the Golden Globes and was president of this festival, which was supported by the Ministry of Culture and Tourism of the Republic of Turkey. That it was held at Paramount Pictures Studios greatly contributed to its prominence. The red carpet ceremony, opening and closing galas, workshops and after parties gave guests the Hollywood treatment. Experienced Turkish producer Tekin Girgin was the festival director. Also, big names from the American entertainment world as well as U.S. Secretary of the Interior Ryan Zinke participated in the festival where famous Turkish actors and actresses, including Demet Akbağ, Selçuk Yöntem and Meryem Üzerli, were also in attendance. It was obvious from the interest of the people at the festival that Turkish-American relations are strong and positive. 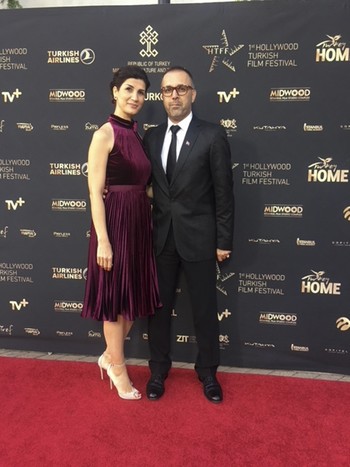 The opening movie of the festival was "Ayla," which tells the story of a Turkish sergeant who served in Korean Warand a Korean orphan girl whom he rescued, gained a lot of recognition. In addition to the actors in the film, which was based on a true story, the Korean woman, the "real" Ayla, attended the screening. In addition, "Troy," "Rosso Istanbul," "Plane Tree," "The All-Seeing Blind," "Soil," "Closed, Happiness" and "The Well" were screened at the festival.

Workshops by ARRI, ZEISS, Mole-Richardson and Chapman-Leonard were organized for cinema lovers, and guests were given a special tour of Paramount Studios, including sound studios, historical shooting spots and decors from famous movies. Festival president Tapan said; "The Hollywood Turkish Film Festival is a very important step for Turkish cinema and the presentation of Turkish culture to the entire world. Hollywood is the heart of world cinema. We believe that we have organized the most prestigious and most widely heard about Turkish movie festival ever held abroad. We thank all our supporters." Get your festival tickets for next year right away.

Another activity in Los Angeles this month with a Turkish mark was the ERDEM X H&M Fashion Show, held in collaboration with Turkish designer Erdem Moralıoğlu of H&M. Stars such as Kirsten Dunst, Kate Bosworth, Selma Blair, Alexa Chung, Kate Mara and Zendaya got together on the night of Oct. 18 at the historic Ebell Club in Los Angeles for the fashion show. Meryem Üzerli attended this very special invite as a guest from Turkey. Guests found both the cocktail and podium sections transformed into a British-style botanic garden surrounded by real and hand-made flowers, creating an ambiance of England in Los Angeles. Famous models Malgosia Bela, Alek Wek and Guinevere Van Seenus were wearing the clothes. Designs were dominated by prints with vibrant colors and flowers calling for romance. The prestigious fashion show also hosted men's designs Erdem designed for the first time.

After the show, Erdem said: "It was exciting to see the collection come to life in Los Angeles. It's a wonderful feeling to cooperate with H&M in creating these products that I am anxious to share with the world."

H&M creative consultant Ann-Sofie Johansson said: "Erdem created a magical world for us with ERDEM x H&M that showed us the power of beauty. It's a feeling we need more than ever in the world these days." After the show, guests enjoyed live performance by Grimes in a hall full of flowers, reminding them of the ERDEM x H&M collection. Afterwards, guests had the chance to purchase pieces from the collection in a small store set up at the venue. See Erdem's creations in Turkey until Nov. 1 in the Red Building at Tomtom Street in Beyoğlu. Let yourself go in this flowery world of Erdem as soon as you can, and enjoy the products and designs.