Turkish documentary about Syrian war set to be screened in US 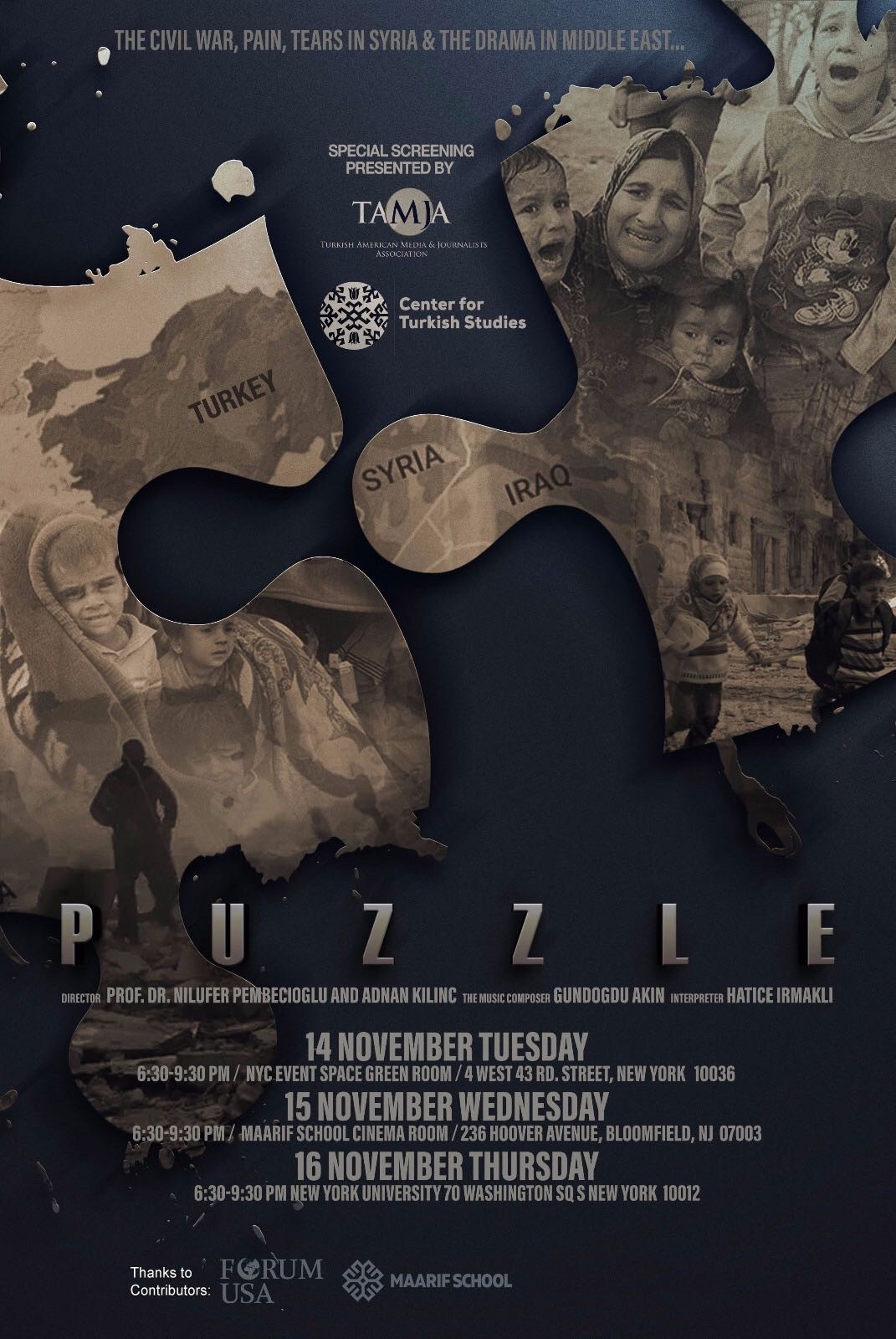 A Turkish documentary about the Syrian civil war will be screened in the U.S. starting Tuesday.

The documentary aims to show viewers the realities of the Syrian conflict, which killed close to 400,000 people since its beginning in March 2011 with anti-Assad regime protests.

Puzzle also provides an insight into the lives of Syrian refugees who fled the violence and settled in camps in Turkey.

Special U.S.-screening of the film is organized by Turkish American Media and Journalists Association (TAMJA) and Center for Turkish Studies.

The documentary will be shown in New York Tuesday and Thursday, while Wednesday it will be screened in New Jersey.