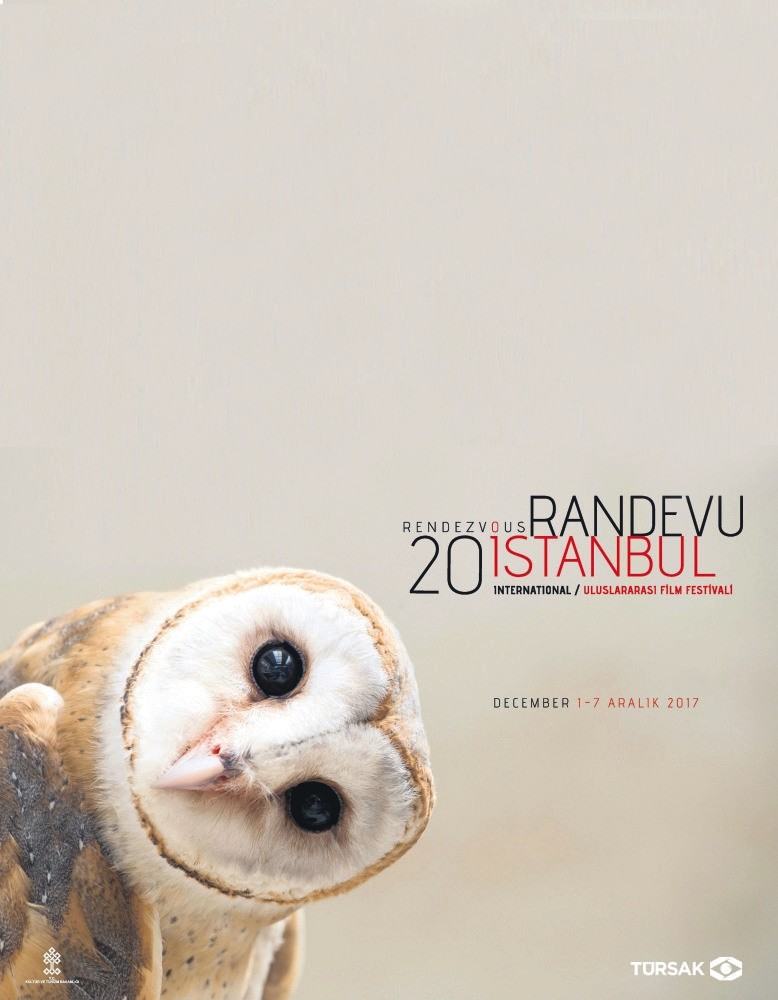 Presented with 26 years of experience of the Turkish Foundation of Cinema and Audiovisual Culture (TÜRSAK) and support from the Culture and Tourism Ministry, the Rendezvous Istanbul International Film Festival is getting ready to begin for the 20th time.

As 2017 comes to an end, outstanding examples of world cinema will be screened in Istanbul. In addition to categories "Open Your Eyes!" "Rendezvous Gastronomy" and "Focus Country," which were shown in previous years, festival films will be shown in new categories such as "New Horizons in Turkish Cinema" and "Accessible Cinema."

As was in the past, the categories that attract the most attention are "Focus Country: China" and "Rendezvous Gastronomy."

Having focused on Spanish cinema for the first time last year, Rendezvous Istanbul puts Chinese cinema in focus this year. Providing an opportunity to follow the development of cinema and the film industry in different regions, this category presents a selection of 10 Chinese films made in the last two years. There will be a series of panels held along with this category to discuss and compare contemporary Chinese and Turkish film, and many guests from the Chinese film industry will participate. Through the various activities that will be held with actors, producers, academics and representatives of the Chinese film industry, Rendezvous Istanbul will both present the current situation of contemporary Chinese film in all its parts and provide a platform to discuss the chances of joint production between the Chinese and Turkish film industries.

Another category at the festival, "Rendezvous Gastronomy," will be held for the first time this year. This category takes the pulse of the world's gastronomic trends and passion for food in film. Seven films will be screened this year in this category. However, what is new this year is that viewers will have a chance to enjoy the flavors they see in the films, one more appetizing than the other, from menus prepared by famous chefs. "Rendezvous Gastronomy," which presents menus prepared with inspiration from films, will provide a new experience.

Owl in the festival poster

What attracts attention in this year's festival poster is the theme of observing and discovering colorfulness and diversity in film. The owl figure symbolizing wisdom invites all to movie theaters to discover Rendezvous Istanbul. The festival runs from Dec. 1 to Dec. 7, and nearly 60 films will be shown at the theaters of City's Nişantaşı Cinemaximum, Zorlu PSM Cinemaximum and SALT Galata.