Rising star of gastronomy on his 'rendezvous' with Istanbul 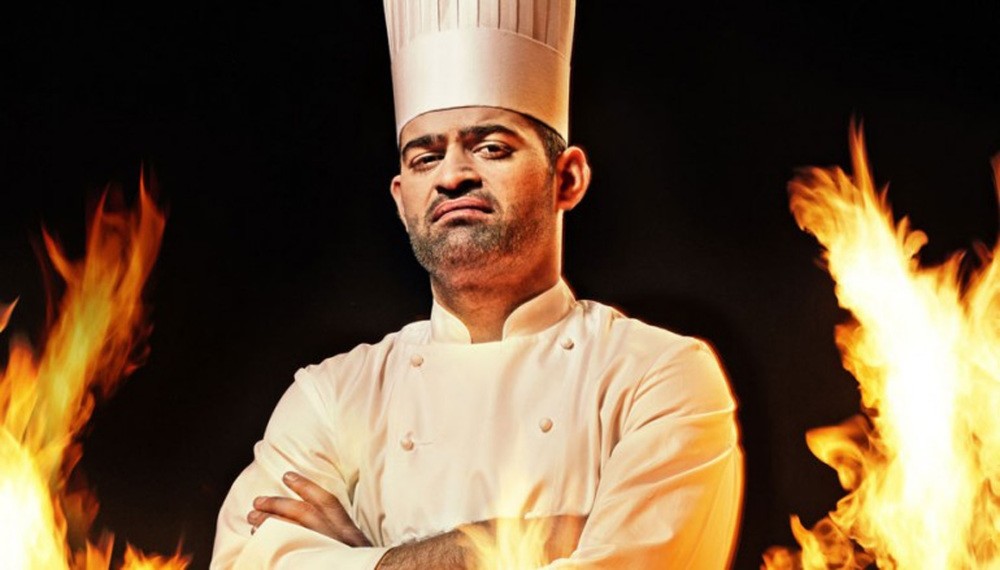 The Turkish Foundation of Cinema and Audiovisual Culture will introduce a gastronomy section for the Rendezvous Istanbul International Film Festival taking place from Dec. 1 to Dec. 7

Despite his young age, Danish chef Wassim Hallal, considered one of the best in the world of gastronomy, will visit the 20th Rendezvous Istanbul International Film Festival, organized each year by the Turkish Foundation of Cinema and Audiovisual Culture (TÜRSAK) with the support of the Republic of Turkey and the Ministry of Culture and Tourism. Hallal will meet Turkish fans at the "Gastronomy Rendezvous" section of the festival, which started last year for Istanbulite cinema lovers, introducing movies about the gastronomy agenda of the world.

The "Gastronomy Rendezvous" section of the 20th Rendezvous Istanbul International Film Festival, held with the contribution of Soho House Istanbul, will offer seven new movies; yet, this year the rendezvous is not limited just to screenings. For the first time, along with the films, special private chefs will offer menus inspired by films in this section. 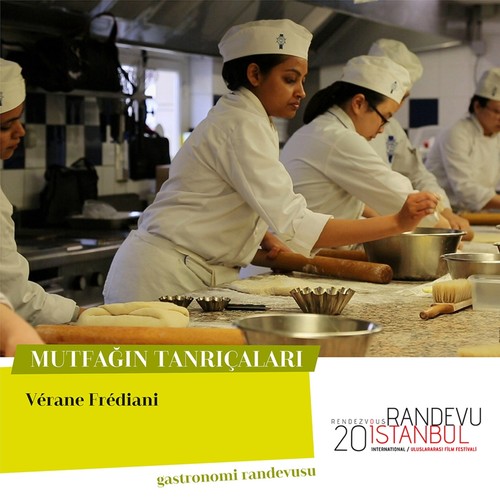 "Michelin Stars: Tales from the Kitchen" will be screened in the "Gastronomy Rendezvous" section, and the star of the movie, Michelin-star Danish chef Hallal, will join the screening on Dec. 6 at Soho House Istanbul. Hallal will offer a unique, unparalleled menu from the Michelin star restaurant Frederikshoj to guests for dinner.

"Michelin Stars: Tales from the Kitchen" will be screened before this dinner. In the movie, legendary chefs from around the world will discuss the Michelin Guide and tell why it matters to be awarded with these stars, how to preserve these stars and how it feels like to be on the top list in the world. The director, Rasmus Dinese, and the producer, Jesper Jarl Becker, of "Michelin Stars: Tales from the Kitchen" will also be guests of the festival.

Other movies in the "Gastronomy Rendezvous" section include "Schumann's Bar Talks," which presents viewers with the history of bars, some of the best bars in the world and legendary bartender Charles Schumann. The movie premiered at the Berlin Film Festival and tells a lot about the function, soul and the place of bars in our social life where people gather for social meetings. 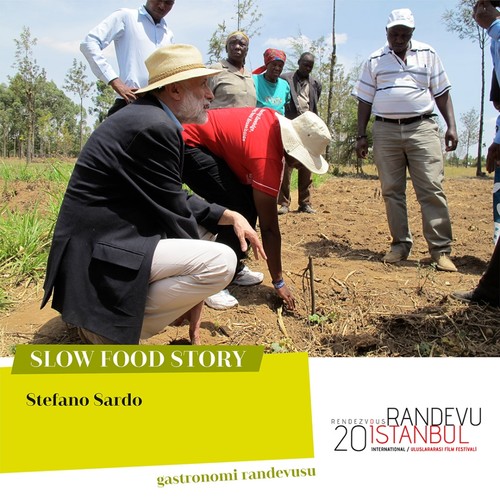 "The Goddesses of Food" is the story of women who have created reputable places and earned praise in the gastronomy world, which is mostly male dominated. Directed by Verane Frediani, the movie discovers the place and power of women in gastronomy through the stories of women chefs, including Michelin star winners Dominique Crenn and Barbara Lync and new and up-and-coming chefs from around the world. The movie will be screened Saturday Dec. 2 at SALT Galata at 1 p.m. with Chef Aylin Yazıcıoğlu.

"Slow Food Story" depicts the inspiring story of the slow food movement that started in Italy under the leadership of Carlo Petrini in 1986, who protested against the opening of a McDonald's in Piazza di Spagna in Rome, and slowly spread around the world. Written and directed by Stefano Sardo, the documentary features the birth, development and revolution of this movement that urges us to go beyond what we eat but learn everything about how the materials we use for cooking are produced to actual cooking and serving rituals. It inspires us to re-construct the relationships we establish with food. The movie will be screened on Dec. 2 at SALT Galata at 3 p.m. with Ayşenur Arslanoğlu, the representative of Slow Food Turkey/Fikir Sahibi Damaklar, an organization representing the slow food movement in Turkey.

Michal Winterbottom's "The Trip to Spain," the third movie in his gastronomy trilogy that includes "The Trip" and "The Trip to Italy," again featuring Steve Coogan and Rob Brydon, takes us to Spain on a journey from the North Atlantic to the Mediterranean from the Basque region to Andalusia. The movie is not just about the extraordinary tastes of Spain but also the sweet rivalry with great conversation about food, life and cinema between the famous food critique Rob and Steve, who believes he is a writer that should be classified in the same category as the legendary Hemingway himself.

"Food on the Go" is an appetizing documentary on the century-long tale of the cuisine that travelled from Italy with the mass immigration to the United States. What is genuine Italian cheese? How do you know if a Neapolitan pizza is genuine? Is it possible to talk about real Italian cuisine outside of Italy? How did the new cuisine created by Italians that immigrated to the U.S. enter our lives and start dominating world cuisine? After the screening on Dec. 2 at Cinemaximum Zorlu Center, a menu created by Chef Claudia Chinali will be offered at Eataly Alpi Terrace. Tickets for this special event can be purchased from the mobilet website.

"Gastronomy Rendezvous" also features a movie from Turkey, "Kaybolan Bir Dil, Kaybolan Bir Mutfak," ("A Fading Language, A Fading Cuisine") directed by Deniz Alphan. The film tells the story of Sephardic Jews who were exiled from Iberia in 1492 and migrated to Anatolia, the Levant and Southeastern Europe, bringing their rich culture to our lands. Their language, Ladino, and Sephardic cuisine are under threat of fading away, but the movie traces the cuisine since the past and is a document that will share this rich culture and cuisine with future generations. The film's director will attend the screening on Dec. 2, at 5 p.m. at SALT Galata.