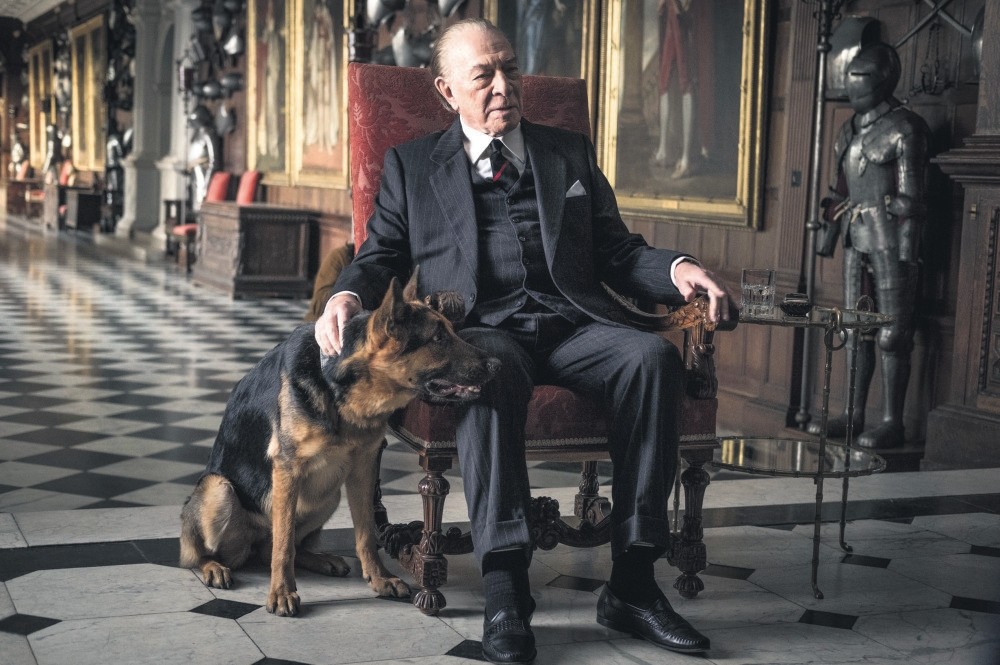 Image released by Sony Pictures shows Christopher Plummer in a scene from ,All the Money in the World.,
by Dec 20, 2017 12:00 am

When director Ridley Scott decided to remove Kevin Spacey from his film "All the Money in the World" and reshoot it with Christopher Plummer, he did not just pull off an extraordinary feat.

"There is a coolness to Kevin. That's his style, even when he's being emotional," Scott said in an interview.

"This man (Plummer) has enormous charm, and when you apply that charm to such, sometimes really hard, words, it makes it much more interesting," he said.

Part biography and part thriller, "All the Money in the World" dramatizes the kidnapping in Italy of John Paul Getty III and his grandfather's refusal to pay a $17 million ransom despite being the richest man in the world.

In a rare move, Scott announced in November that he would reshoot the finished film with Plummer after allegations of sexual misconduct against Spacey, saying he feared negative publicity would damage the film's prospects.

Spacey issued an apology for the first reported incident, involving actor Anthony Rapp. He has since been accused of misconduct by more than 30 men and dropped from the next season of Netflix TV series "House of Cards."

Reuters has been unable to verify the allegations against Spacey. The Oscar-winning actor is seeking unspecified treatment, and a representative on Monday did not respond to a request for comment.

The Sony Pictures, movie, now starring Plummer along with original cast members Michelle Williams and Mark Wahlberg, will be released in Europe later this week and in the United States on Dec. 25.

Plummer, 88, sought to bring humanity to Getty, although he said he "made no pretense at research" for the role ahead of a nine-day reshoot in London and Rome in mid-November. He did not see Spacey's original scenes.

"I had to follow the writing, all in a very short space of time," Plummer said. "I saw him more vulnerable than the script suggested ... so he would have some dimension and some humanity."

Scott said he was initially drawn to the project not so much because of the kidnapping by the 'Ndrangheta, the Calabrian mafia, who cut off their victim's ear, but because of the elder Getty.

"He's an enigmatic character who isolated himself through wealth. When somebody becomes that wealthy, all the friends start evaporating, so he was an isolated individual," the British director said. Getty died in 1976.

Scott said the $40 million reported budget for the film plus $10 million for reshoots was "a little high." The costs were borne by production company Imperative Entertainment.

He said he hoped the publicity around the decision to reshoot six weeks before its scheduled release would help rather than overshadow the film.

"I think it may have people attracted to it out of curiosity who normally wouldn't come and see this film."