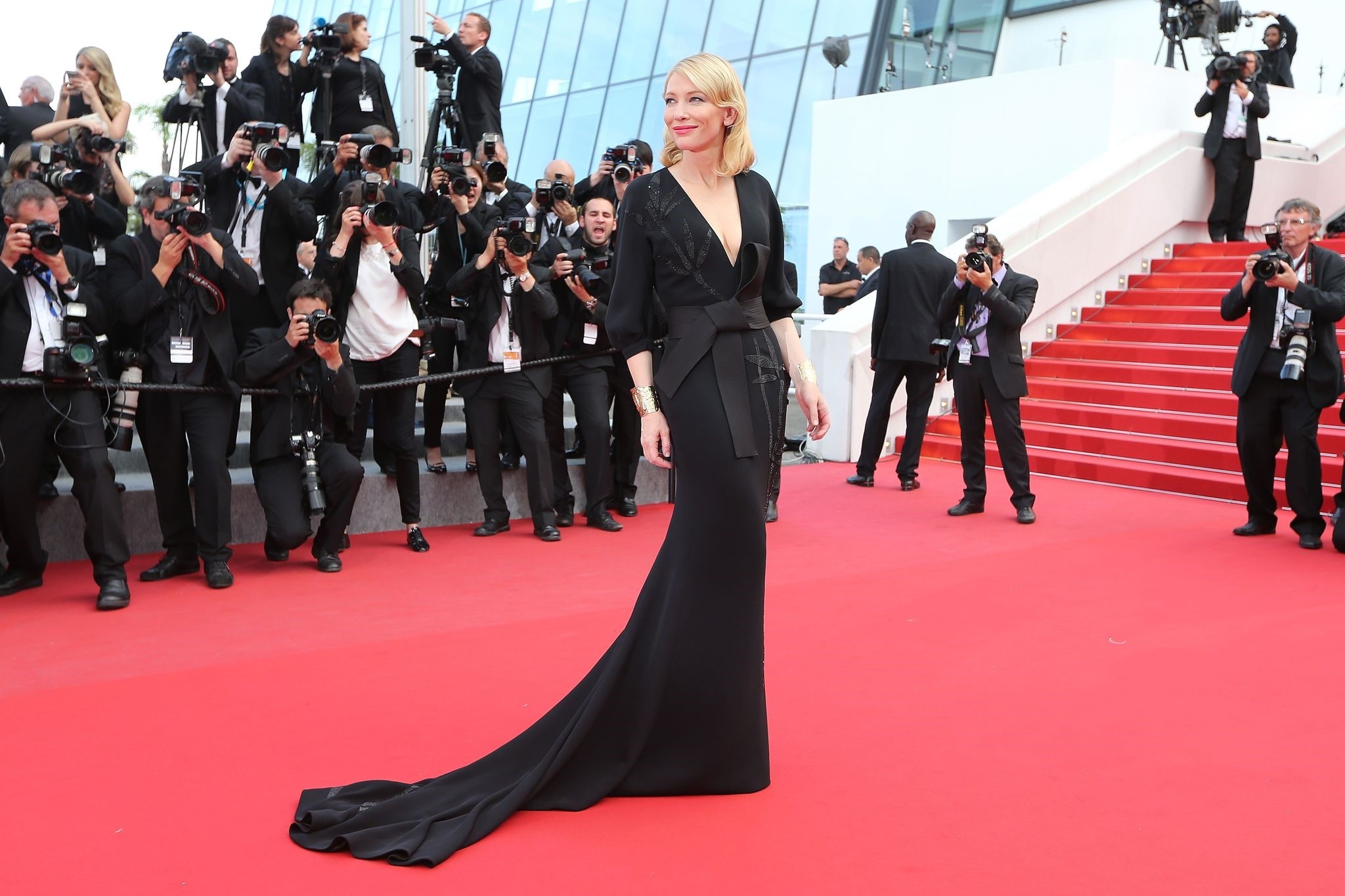 This file photo taken on May 19, 2015 shows Australian actress Cate Blanchett posing as she arrives for the screening of the film 'Sicario' at the 68th Cannes Film Festival in Cannes. (AFP Photo)
by Jan 04, 2018 12:00 am

Cate Blanchett, the double Oscar-winning actress leading a Hollywood campaign to tackle sexual harassment in the workplace, will head the jury at this year's Cannes Film Festival, organizers said on Thursday.

Australian Blanchett, 48, who helped launch the "Time's Up" initiative this week following a string of sexual assault accusations against prominent men in the film industry, will become the 12th woman to lead the prestigious panel at Cannes, which kicks off on May 8.

"Our conversations this autumn convince us she will be a committed president, and a passionate and generous spectator."

The choice of Blanchett, who was named best actress at the 2014 Academy Awards for her role in Woody Allen's "Blue Jasmine", will be seen as politically charged after a year in which the sexual harassment scandal surrounding Hollywood mogul Harvey Weinstein sparked a deluge of allegations against powerful men in entertainment, politics and the media.

She was one of the first women to speak out against Weinstein, who faces claims of a string of sexual assaults and rapes from more than one hundred accusers.

Weinstein has denied some of the accusations.

"Any male who's in a position of authority or power, you know, whether he be a film producer or the president of the United States who thinks it's his prerogative to sexually intimidate or abuse women that they come into contact with, whether in the workplace or otherwise, they need to be held to account," Blanchett said during the September premier of her latest picture, "Thor: Ragnarok".

She was one of over 300 top women in Hollywood, joining the likes of Meryl Streep and Jennifer Lawrence, to unveil the "Time's Up" initiative on Monday to tackle the pervasive culture of sexual harassment at work.

It urges companies, government agencies and even the US federal court system to re-examine harassment policies.

Blanchett won the Oscar for best supporting actress in 2005 for her portrayal of Katherine Hepburn in Martin Scorsese's "The Aviator" and won Venice's best actress award in 2007 for her androgynous depiction of Bob Dylan in the biopic "I'm Not There".

She succeeds Spanish director Pedro Almodovar as jury head at Cannes, which last year awarded its prestigious Palme d'Or for the Swedish tragicomedy "The Square".

The Cannes film festival will take place from May 8-19.