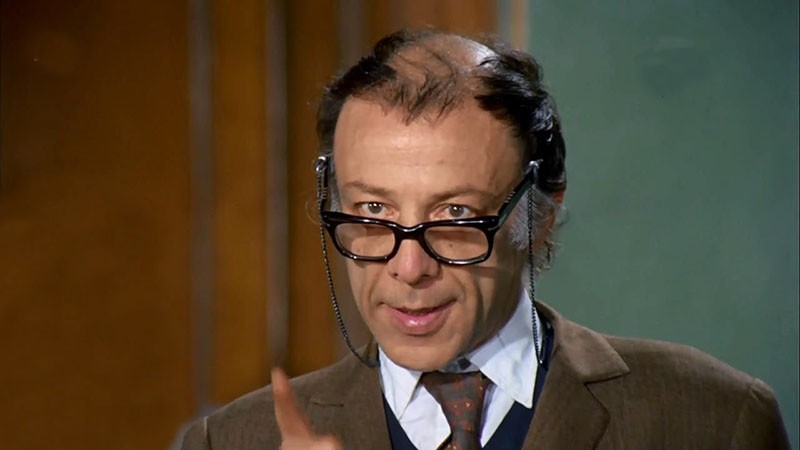 Veteran Turkish actor Münir Özkul, one of the iconic names of Turkey's Yeşilçam cinema scene, died Friday at the age of 93 at his Istanbul home.

Özkul was born in Istanbul on Aug. 15, 1925. He graduated from Istanbul Boys' High School and was involved in art and culture from an early age. His first role was in a play at the Bakırköy's Community Center in 1940.

He pursued his higher education at Istanbul University's Faculty of Economics and Art History. Özkul started his professional acting career with the play "Aşk Köprüsü" (The Bridge of Love).

He also worked with theater great Muhsin Ertuğrul at the Küçük Stage after her first play. He was a regular performer for the Istanbul City Theaters, Ankara State Theaters and Bulvar Theater in Istanbul.

Özkul took up key roles in many adaptations, including John Steinbeck's "Of Mice and Men," John Millington Synge's "The Playboy of the Western World," George Axelrod's "The Seven Year Itch" and John Patrick's "The Teahouse of the August Moon."

Throughout the 1950's and 1960's, his main focus was theater, whereas he also played minor roles in movies that brought him overall recognition by Turkish audiences.

Özkul rose to fame in the 1970's with major roles in Yeşilçam comedy and family drama movies, which also featured some of his most famous peers at the time. Along with actress Adile Naşit, another iconic figure of Turkish cinema, they formed an unforgettable duo in family dramas, whereas his most famous role in that period was "Mahmut Hoca" in "Hababam Sınıfı" (The Chaos Class) series, in which he portrayed a strict but compassionate vice principal admired and respected by his students.

Throughout his long career, Özkul acted in more than 200 films and also worked as a co-director for "Süt Kardeşler" (Milk Siblings).

Besides winning Best Actor at the 1972 Golden Orange Film Festival, he also received a special award at the 1977 Azerbaijan Film Festival for the character Yaşar in the film "Bizim Aile" (Our Family).

Özkul continued acting, although less frequently, until the early 2000's. Since 2003, he has been away from the public scene due to dementia and old age.

In 1998, Özkül was awarded with the honorary title of "State Artist of Turkey."

He married four times and had three children.