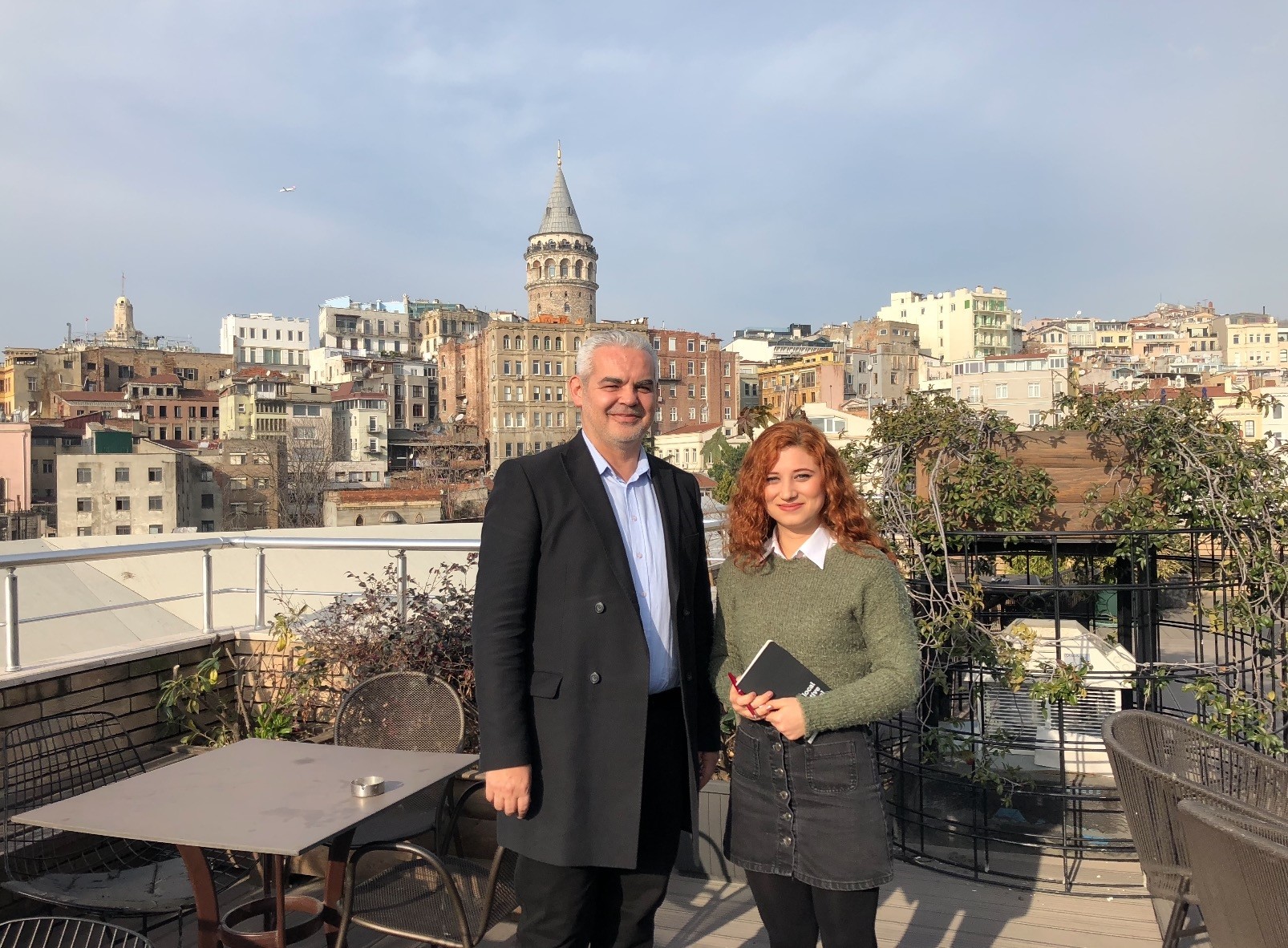 Organized by Insignia Production and BAUKEM, Production Academy is ready to train Turkey's new producers with a comprehensive program and distinguished teaching staff. Coordinators Erkan Büker and Dorukhan Acar spoke to Daily Sabah about their aims for the academy and the establishment phase

The Production Academy is set to train the next generation of producers. The academy, which will host expert academicians and professionals from the production sector on its teaching staff, will have the most comprehensive production program in Turkish history. The experience is being organized in cooperation with Bahçeşehir University's Creative Industries Research Center (BAUKEM) and Insignia Production. Erkan Büker, an academic in the Cinema and TV Department of Bahçeşehir University's Faculty of Communication, and Dorukhan Acar, the founder of Insignia Production, are the coordinators. The academy aims to train attendees in the technical details of production and the ensuing processes. After completing the training, producers will have the capability to transmit films, TV series, documentaries and computer games around the world.

Speaking to Daily Sabah, Büker said that he has worked on TV productions for a long time and has a film experience, having directed the film "Zor Yılların Kayıp Çocukları" (Lost Children of Hard Times), which tells the story of lives tragically broken and victimized by the military coup of Sept. 12, 1980. Acar said he got to observe the production sector after meeting Alper Çağlar, the director of the film series "Dağ" (Mountain). Recognizing the potential in supply and demand for the sector, Acar established Insignia Production in 2012.

Büker and Acar decided to open the production academy in a meeting, while talking about deficiencies in Turkey's media and production sector. Trusting their experiences in both the technical details of production and distribution, the duo combined forces. Initially searching for developments in the production sector around the world, they recognized that the U.S., the world cinema center, is the most prominent in this field. "We saw that the U.S. has several production programs. Master programs, in particular, caught our attention, and we examined course contents. Then, we developed this certificate program step by step," said Büker.

The coordinators, who determined course titles after an intensive search, negotiated with sector leaders for the teaching staff. Mentioning their plans, they chose those who believed in the project and wanted to contribute, including Ferhat Aslan from Mars Entertainment, Alptuğ Çopuroğlu from BluTV and Şebnem Aksoy Açıkalın from Star TV.

Working hard for the academy, the pair shared the difficulties they experienced in the preparation stage. They said most difficult was the dilemma as to whether they could manage to transfer their aims to people or not. Overcoming their fears after seeing great interest from people, they took firm steps forward.

Production Academy to provide many advantages to attendees

They got the idea to open a production academy because of the supply and demand in the sector and saw that the basic deficiency was in production in Turkey; thus, they determined course titles: cinema films, TV series, TV program formats, PC games and interactive practices in this context.

"In Turkey, nearly 130 films are made a year. However, just 20 can debut. This means nearly 100 productions aren't available to spectators, which is a failure that must be changed. Making films is important, but transmitting them to spectators is just as important. Our academy aims to satisfy this need," said Büker.

Thus, one of the advantages of the academy is to open channels to distribute productions. Attendees will first learn technical details of production process and later develop their own projects in line with their interests, which can be films, TV series programs or PC games. They'll be able to present their projects to a council of film producers and distributors. If the projects are good enough, they will work with sector pioneers to put the projects into action. If projects need to be developed, attendees will continue to work on their projects with the help of professionals.

"Attendees who complete the program will have the required information about the value chain of production and prepare their capstone project in the field in which they want to specialize. These projects will have a great effect on their careers," Acar said. "Besides, if attendees draw the attention of the pioneers involved in our project and prove they are qualified, they can start to work with them right away. If they have such a motivation, the academy will ensure job opportunities for them, as well," he added.

In brief, the production academy will not only train attendees but also provide them the opportunity to create. The coordinators said attendees would be ensured practice not just theoretical information and could start taking their places in the sector with their projects that are developed with these practices. They added that the academy would differentiate from other academies, training programs and workshops with these advantages.

Talking about the advantages the academy will provide, they stressed that one important feature is its training staff. When they decided to open the academy, they contacted pioneers in the sector. Giving great importance to the qualifications of the training, they scrutinized trainers.

Acar, on the other hand, will provide courses on strategies from a producer perspective, content production, budgeting and the management of income and expense. Indicating that senior staff will supervise attendees, Acar said the training would help developments in Turkey's production industry.

Attendees getting the required information about the value chain of production will satisfy the human resources needed to turn the sector into a developed industry in Turkey. The coordinators also touched on their future dreams. Büker said that they want to organize the academy a few times a year and hold similar versions of it as part of festivals. Planning to eventually turn the academy into a master program, the coordinators indicated that their future dreams depend on the success of this first step. "If we succeed and reach our aims with the program, we also want to expand abroad and organize similar programs in Gulf countries," Acar said. With plans to start with a small group of students and a large group of trainers, they want to assure the quality of the education. Accordingly, Büker and Acar limited the quota of the academy to 40 attendees, explaining that they believe this is the only way to attain success. They will choose attendees via interviews and will give scholarships to those they see fit.