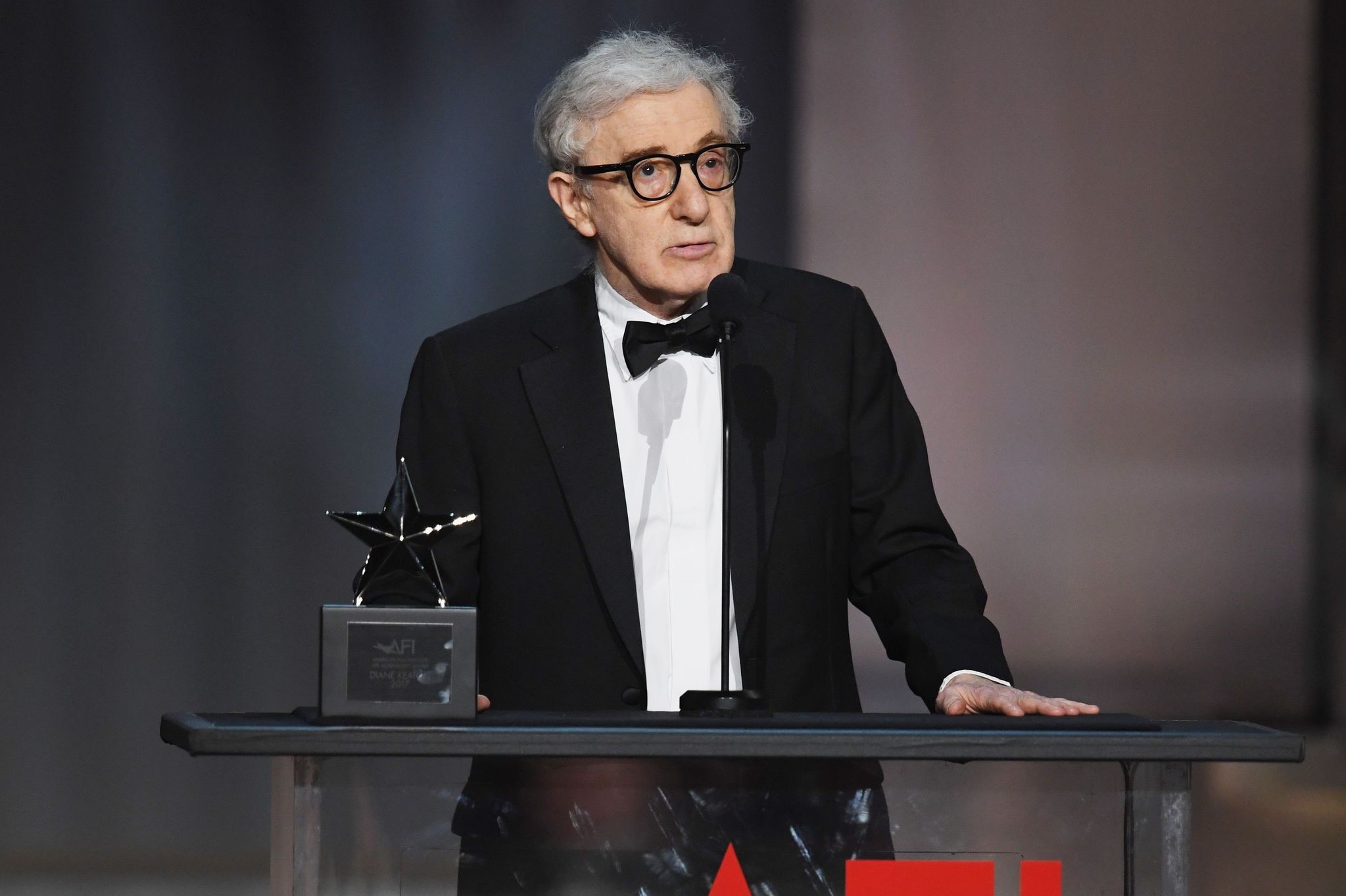 Woody Allen, the director and four-time Oscar winner known for his comedies rife with neurotic characters, is in the cross hairs of America's sexual harassment watershed over decades-old claims that he molested his daughter.

The 82-year-old New Yorker -- who averages a movie a year, clocking up more than 50 titles total -- is considered a comic genius by fans and envied by fellow filmmakers for wresting freedom from studios, though he is not always adored by critics.

For more than 25 years, unproven allegations that he molested his adopted daughter when she was seven -- as well as a relationship with his ex-lover's adopted daughter from a previous marriage -- have colored a career now more lauded in Europe than at home.

Born Allen Konigsberg on December 1, 1935, to a New York family of second generation Jewish immigrants, Allen spent much of his Brooklyn childhood alone in his room, practicing magic tricks or playing the clarinet.

He was reportedly hired while a teenager to write one-liners for well-known comedians, and then kicked out of film studies at New York University. He worked as a stand-up comic and wrote for television in the late 1950s and early 1960s before moving into film.

"From the beginning, I dreamed of being Godard, Fellini, Truffaut or Resnais. Together with Bergman and Antonioni, these are the filmmakers who made me want to do this job," he told French weekly Le Nouvel Observateur in 2014.

As a screenwriter, actor and director, he has won four Oscars and been nominated an astonishing 20 times in a career that has often blurred with his personal life.

It was with one-time partner Diane Keaton that he made some of his most popular films, including romantic comedies "Annie Hall" and "Manhattan."

Then Mia Farrow, with whom Allen had a 12-year relationship, appeared in 13 of his movies, including "Hannah and Her Sisters" -- one of his greatest commercial successes.

But their relationship exploded in 1992 when Farrow discovered Allen had a stash of nude photographs of Soon-Yi, whom she had adopted during a previous marriage to pianist Andre Previn. Soon-Yi was 21 at the time.

Allen and Soon-Yi married and are still together. They have two children.

But in the midst of the toxic custody battle, Dylan Farrow claimed he had sexually assaulted her.

A New York judge ruled the allegations inconclusive, but lambasted the director as "self-absorbed, untrustworthy and insensitive."

Allen has always denied the claims and continued to work with generations of A-listers -- recently with Kate Winslet and Justin Timberlake for his 2017 movie "Wonder Wheel."

Showered with awards in Europe, Allen once described his relationship with Hollywood as love-contempt. He has regularly accused studios of pandering to the lowest common denominator and being driven by purely commercial concerns.

But the sexual harassment firestorm, fueled by a bombshell expose of alleged rape and other abuses by Hollywood mogul Harvey Weinstein, written by Allen's biological son, has seen a growing number of actors say they will no longer work with the director.

The Washington Post this month published an article claiming that Allen's 57-year personal archives at Princeton University show jottings filled with misogynist and lecherous comments, and an obsession with teenage girls.

Actors have recently spoken out in support of Dylan Farrow. Selena Gomez, Rebecca Hall and Timothee Chalamet have donated their salaries from his movies to charities.

In her first television interview, Dylan Farrow tearfully described her father this week as a liar.

Allen hit back, accusing his ex-lover's family of "cynically using the opportunity afforded by the Time's Up movement to repeat this discredited allegation."

Last October, he was criticized for saying he felt "sad" for Weinstein and cautioning against a "witch hunt atmosphere" in which "every guy in an office who winks at a woman is suddenly having to call a lawyer to defend himself."

This week, Allen was the guy defending himself.