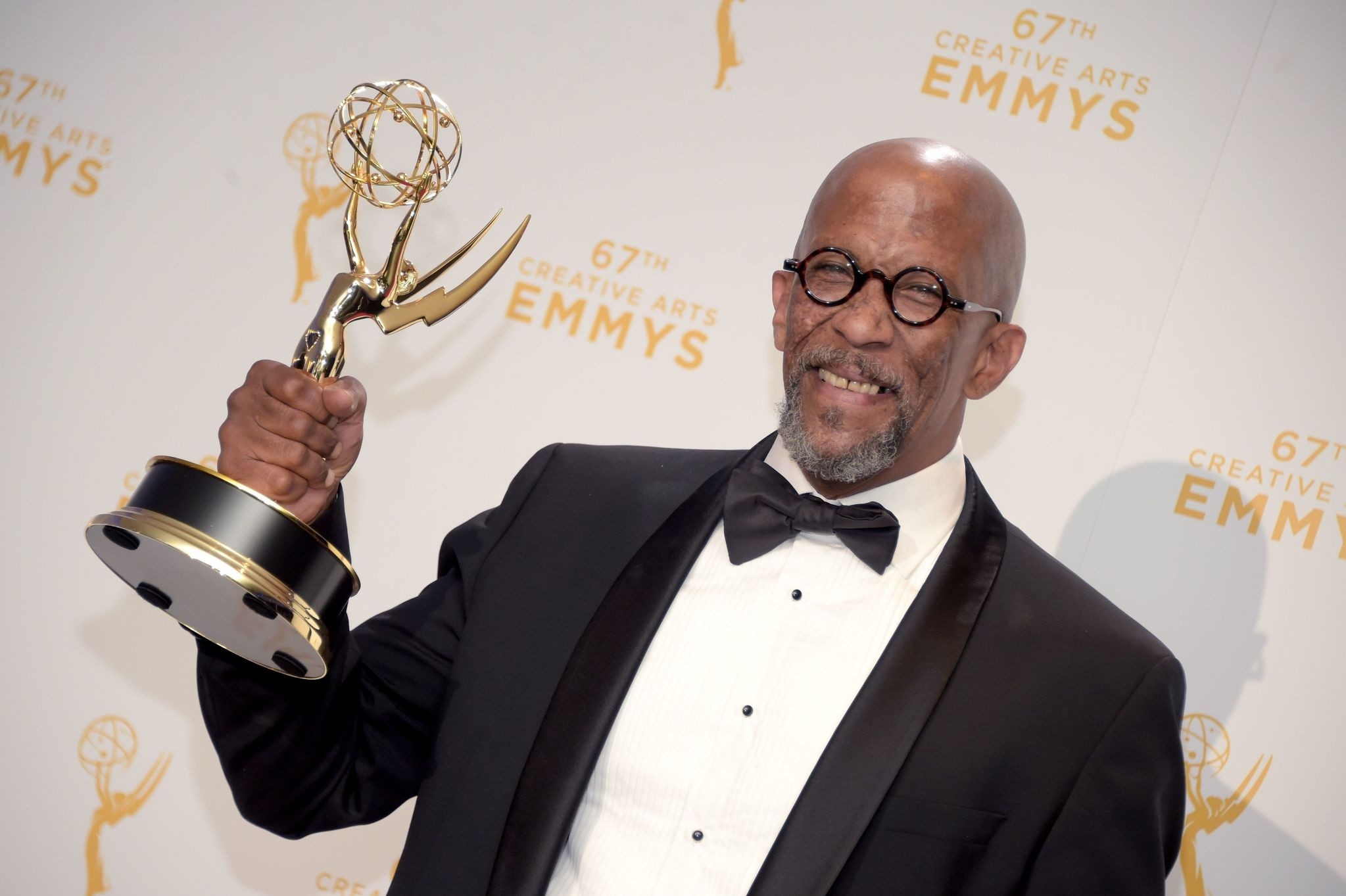 Reg E. Cathey, winner of the award for guest actor in a drama for ,House of Cards,, posing in the press room during the 2015 Creative Arts Emmy Awards at Microsoft Theater in Los Angeles, California. (AFP Photo)
by Feb 10, 2018 12:00 am

Actor Reg E. Cathey, who had roles in the hit series "House of Cards" and "The Wire," has died, a Hollywood TV series creator reported. He was 59.

Cathey's death was first reported late Friday on Twitter by "The Wire" creator David Simon. No cause of death was given.

According to the TMZ celebrity website, Cathey died at his New York home of lung cancer.

A nine-time Emmy nominee, Cathey won the coveted award in 2015 for a role in the Netflix series "House of Cards" as Freddy Hayes, owner of a barbecue restaurant that Kevin Spacey's character Frank Underwood frequents. In the show, Hayes ends up with a job in the White House.

Cathey, gifted with a deep baritone voice, was also known for his role as Baltimore political operative Norman Wilson in the HBO series "The Wire," and as warden Martin Querns in the prison drama "Oz."

"Reg Cathey, 1958-2018," Simon tweeted. "Not only a fine, masterful actor -- but simply one of the most delightful human beings with whom I ever shared some long days on set. On wit alone, he could double any man over and leave him thinking."

Cathey was born in Huntsville, Alabama, and spent his formative years in Germany with his military family. He later studied acting at Yale.

After working in theater he began taking roles in Hollywood productions in the 1990s, with appearances in TV shows and movies like "The Mask."

"Reg was the kindest man, the most giving actor, a true gentleman," Netflix said in a statement about Cathey's death.