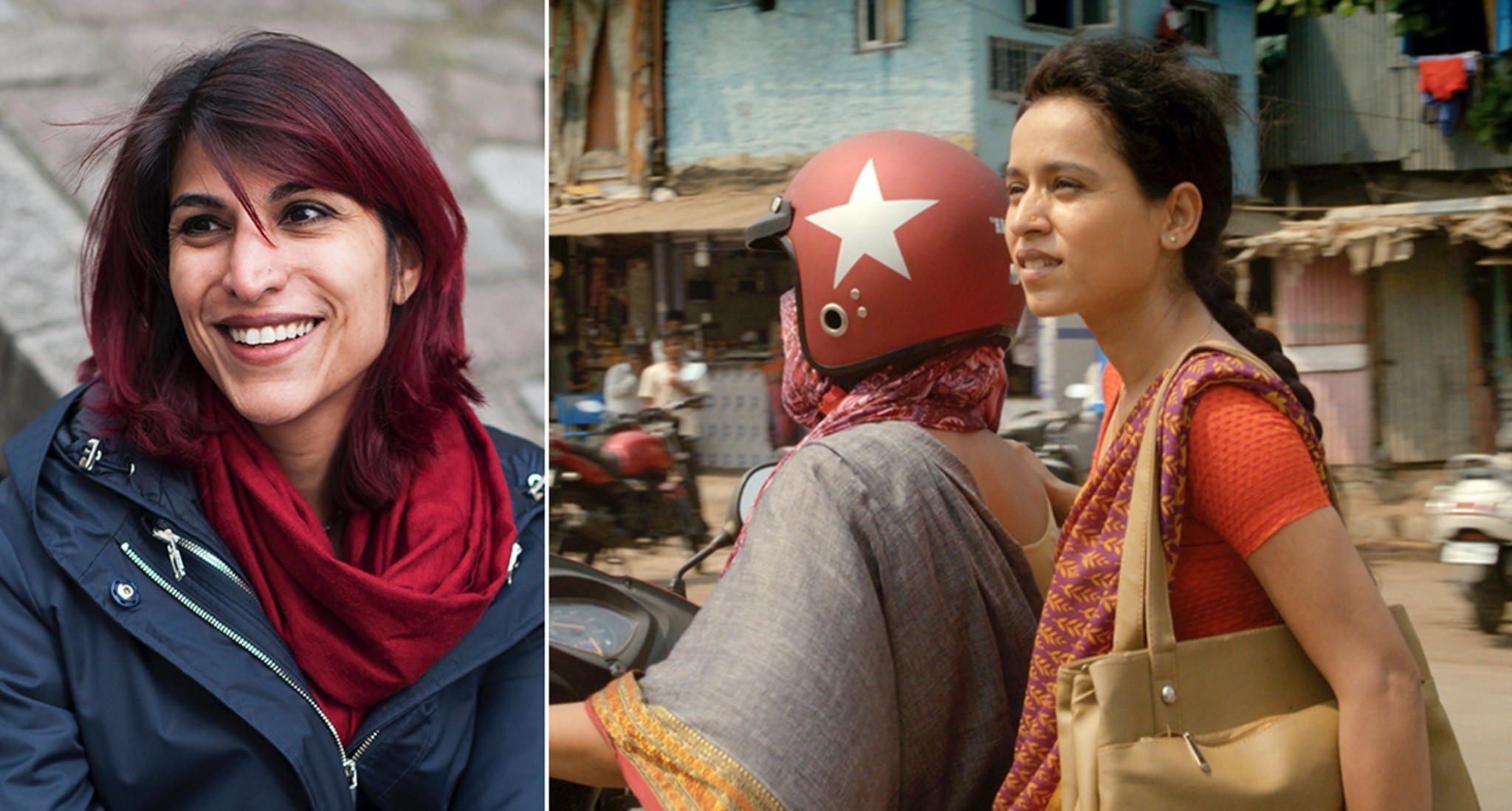 As a child, Rohena Gera never understood why her family's live-in nanny, the "woman she loved like a second mother" was kept at arm's length by her Indian family.

"I didn't understand why this person who took care of me, who I loved... was so separate."

In a country where millions of servants sleep on the floor of the homes they work in, the idea that a "master" might fall for the meek low-caste woman who is there to cook and scrub for him seemed "inconceivable," she said.

But that is the premise of Gera's new film, "Sir," an upstairs-downstairs love story of a kind she says has never been seen in an Indian movie.

That fact that the maid is a widow, whose lives can be severely circumscribed in India, adds another layer of taboo to the tenderly told tale which premiered at the Cannes film festival Monday.

Young property developer Ashwin and his maid Ratna may live "under the same roof but they are in completely different worlds," said Gera.

"They do not even speak the same language," with him coming from the English-speaking Mumbai elite and her a poor villager.

Even if by some miracle he married her, his family and friends might object to sharing a table with her.

Nor would she "be able to sit on a sofa with his sister," Gera told Agence Fraqnce-Presse (AFP).

"Indian society is pretty rigid. It's not so much the caste system as class these days which plays out as caste... And we accept it. No one is doing anything actively to challenge it."

The director saw the divide more starkly when she returned from college in the U.S. "You see these dramatic inequalities but I didn't know what to do about it.

"I couldn't be holier than thou because

I am part of the problem," Gera admitted.

So rather than making "some preachy story or tell people what to think," instead she spun a subtly revealing study of thwarted love. It is more Bergman than Bollywood, but as Gera joked, "it does have two dance numbers."

"As you get older, you begin to realize how love operates, how we allow ourselves to love who we love," he said.

"They are both victims in a way. He is in his gilded cage of privilege but he can't live his dreams."

Ratna the maid, played by rising star Tillotama Shome, is in some ways freer than him, Gera claimed, fired by a fierce determination to make the best of her circumstances.

"People not familiar with India might think, 'Oh my god, she sleeps on the floor in this little tiny room," but in Indian terms she is in a relatively privileged situation for a maid, the director insisted.

"She is earning money and she has her dreams. She is not judging where she sleeps. It is not so different to what happened in England and Europe a few generations ago."

Following those dreams as a widow sets her apart in a country where patriarchal attitudes have become more entrenched under the ruling Hindu nationalist Bharatiya Janata Party (BJP).

Widows are still seen as cursed or bringers of bad luck by some, Gera said.

"They are denied a lot of joy and from wearing certain colors... Even in the supposedly progressive cities I have friends whose mothers lost their husbands in their 40s and they never really moved on. You can't date in India if you are a widow and you have a child.

"For a widow to have desire is seen as preposterous."

But in the film Ratna -who has been brought up to be docile and deferential, anticipating her employer's every whim - manages not just to free herself but also her master, without losing her dignity.

"I don't know how people will take that," said Gera, who hopes the film will be seen widely in India.

With two Indian women directors selected for Cannes for the first time ever this year, Indian indie cinema seems to be on the up.