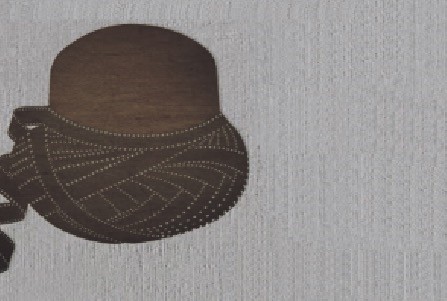 The International 7 Saints 7 Cities Short Film Festival, which focuses on seven Islamic scholars of seven provinces every year, will bring together films about the victimization of women in a war environment with cinema lovers. This year's themes will be Mawlana Jalal ad-Din Rumi, Yunus Emre, Sheikh Edebali, Sheikh Şaban-i Veli, Ahmat Yasawi and Sayyid Yahya Shirvani

The first Sufi films festival in the world, the International 7 Saints 7 Cities Short Film Festival is being held for the fifth time this year.

Sürmeli said that the screenplay competition finished on May 1 and the application for the short film competition will continue until July 31.

She noted that they will start to film the seven scenarios chosen by the jury after June 25.

"The applications in the short film category still continue. There are more than 100 applications from Azerbaijan, Kosovo, Turkic Republics and many European countries. We will give prize money of TL 36,500 ($8,055) in the event, which is supported by the Ministry of Culture and Tourism General Directorate of Cinema, the Yunus Emre Institute, The International Organization of Turkic Culture (TÜRKSOY) and the Bursa Chamber of Commerce and Industry," she continued.

Note to Palestine from Azerbaijan

Sürmeli mentioned that the story of an Azeri journalist in Palestine is reflected in one of the scenarios that will be filmed.

"The journalist is deeply affected by news that she makes in Palestine. The film will be called, 'Note.' She empathizes and finds herself on the battlefield. At that moment, a woman passes behind a wall, holding a baby. Then, the woman realizes that the baby has passed away. She leaves the baby and walks to the conflict zone and is shot. When the journalist lives the pain of this news, she writes a note titled, 'Note to Palestine from Azerbaijan.' She says your heart is ours and your pain is our pain.

I am on your side with my prayers as a mother, as a human and as a journalist," she said.

Explaining a film that is planned to be shot in Hatay, Gaziantep and Diyarbakır provinces will end with a doctrine of Sayyid Yahya Shirvani, Sürmeli reported, "In the theme, how important goodwill and tolerance are and how people created lovelessness in this world, which is created for love, take place. I think we will touch the hearts of people if we can shot this film properly." The committee president stated that another screenplay was written with the theme of Sheikh Şaban-i Veli.

She said, "The seven themes focus on women and children of war. Women are especially victimized in wars. If we can reflect this victimization of women to cinematic language, we can manage to touch the hearts of people at least. I thank all young colleagues as they conduct such sensitive works. I hope we will shoot beautiful films. We want to send our films to the world festivals, as well."

Sürmeli highlighted that the films will be watched in Bursa, Istanbul and Kastamonu provinces with open-air screenings between Sept. 1 and Sept. 7, and the final night will be organized in Bursa on Sept. 28.